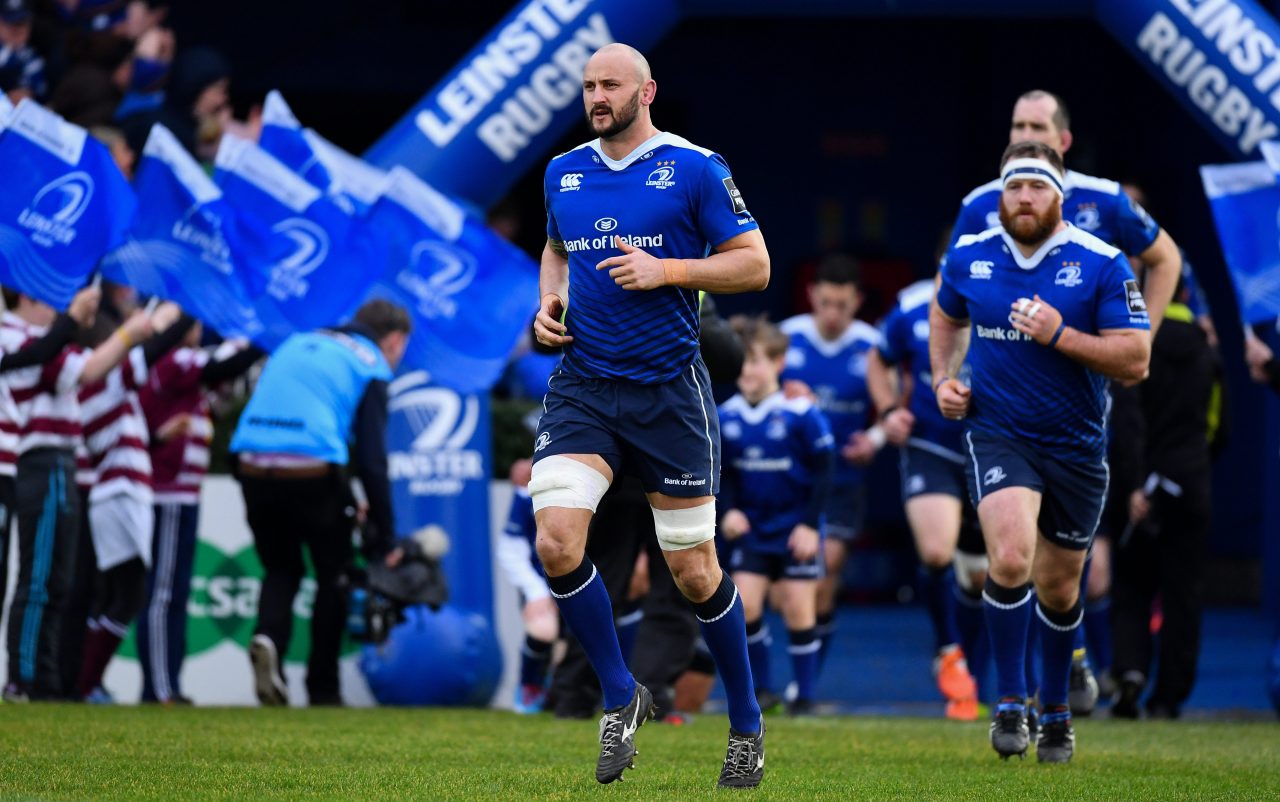 “I love Saturdays, I love the 80 minutes. To see a crowd, the stands full, waving their flags…”

It’s fair to say Hayden Triggs is looking forward to this weekend’s match against Cardiff Blues at the RDS Arena.

The Maori All Blacks lock signed with Leinster last year, and with every passing game he has found himself becoming more and more impressed by the support teams receive in this part of the world – something he admits he wasn’t really expecting.

“Even when we go away, people like to go and watch their team try and beat Leinster – or beat Leinster. Every time you look up and see the RDS full of blue flags and young kids yelling out ‘Go Leinster!’, that’s class.

“It’s something that I really never appreciated about coming because I was probably part of some struggling teams, which didn’t really help. But it’s awesome.

“Here you’ve got men, women, wearing Leinster gear, beanies, scarves. Me and my wife were amazed. It happens every day. I drop my kids at school and there’s kids with Leinster stuff, schoolbags. It’s really cool.”

The next two weeks will give Triggs and his teammates the opportunity to soak up more of that hometown support as Cardiff come to the RDS this weekend, followed by the Champions Cup Quarter-Final against Wasps at Aviva Stadium.

The Cardiff match will be the last chance for the players to impress the coaching staff ahead of next week’s massive match at the Aviva (over 44,000 tickets have already been sold) and Triggs knows that claiming a starting spot won’t be easy with the level of competition in the Leinster second row.

“Every day’s an audition, it’s not just this week. You’re trying to do your best in the gym, you’re trying to study the opposition. Whatever I do today, whoever they put out against Cardiff, they’ve done their best to earn that spot. I said ages ago, it’s not about me, it’s about Leinster and what we’re trying to do.”

These next two games will go a long way to defining Leinster’s season, and, though his focus is firmly fixed on Cardiff, Triggs would love nothing more than to end a season with some silverware for the first time in his career.

“[Winning a trophy] is the single most important thought in my brain right now. Europe and PRO12, I mean, that’s a long term goals at this stage. Short term, we have to try and make the Cardiff team. But it would be a highlight.”