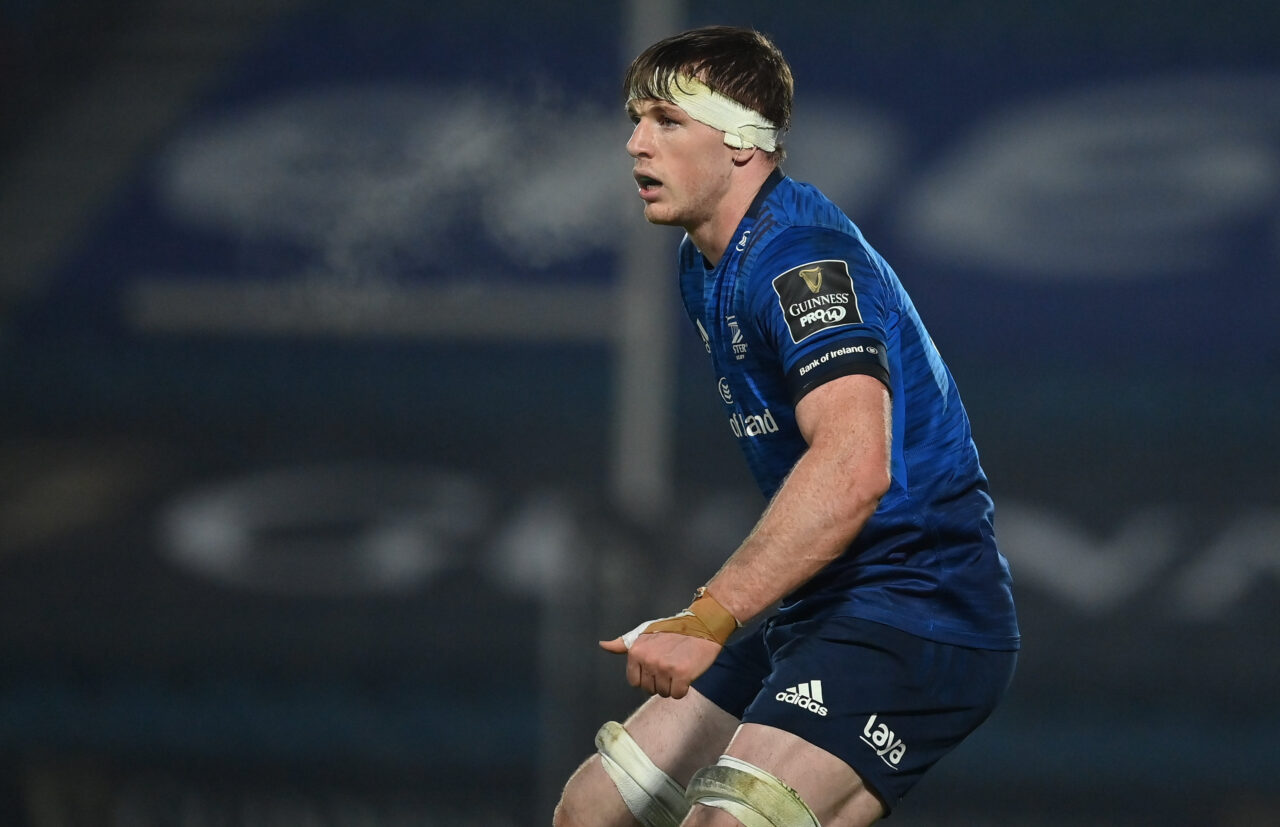 Depending on who you read, there are any number of players and coaches that swear by the mantra above and also claim it as their own.

But it appears that legendary Manchester United manager, Sir Matt Busby. may have used it first.

Against Northampton Saints in the Champions Cup was not the first time that Leo Cullen has put it to the test, this time starting Ryan Baird (21) alongside James Ryan (24) in the Leinster Rugby engine room.

To be fair, James Ryan has played on 33 occasions for his country and was captain as recently as December in the Autumn Nations Cup but for Baird it was his first European start in what has been a whirlwind 18 months for the former St Michael’s College and Ireland U-20s player.

The 6’ 6” lock made his Leinster senior debut at the tail end of the 2018/19 season off the bench against Ulster Rugby before making a further nine appearances last season, including a spot on the bench against Saracens in the Heineken Champions Cup quarter-final.

He has a further eight games to his name this season already and he has been training with the Ireland senior team under Andy Farrell, although has yet to be capped.

And on that day against Saracens, when the cavalry was needed by Cullen, the youngster was sprung from the bench after only three minutes of the second half.

He’s been busy and people are taking notice.

“I’m just trying to enjoy it all as much as I can to be honest. I am very grateful for the opportunities that I have been given and even the chance to go out and play and to earn a living when so many others out there are not because of Covid.

“It’s just been really enjoyable and I don’t want to take it for granted. It can be over very quickly so I think it’s important that you do that. I don’t want to be one of those people that looks back and never appreciated it when you were in the middle of it. I’d love to be able to kick on now and see where the next few years can take me and then as I said, to enjoy it because it won’t last forever.” 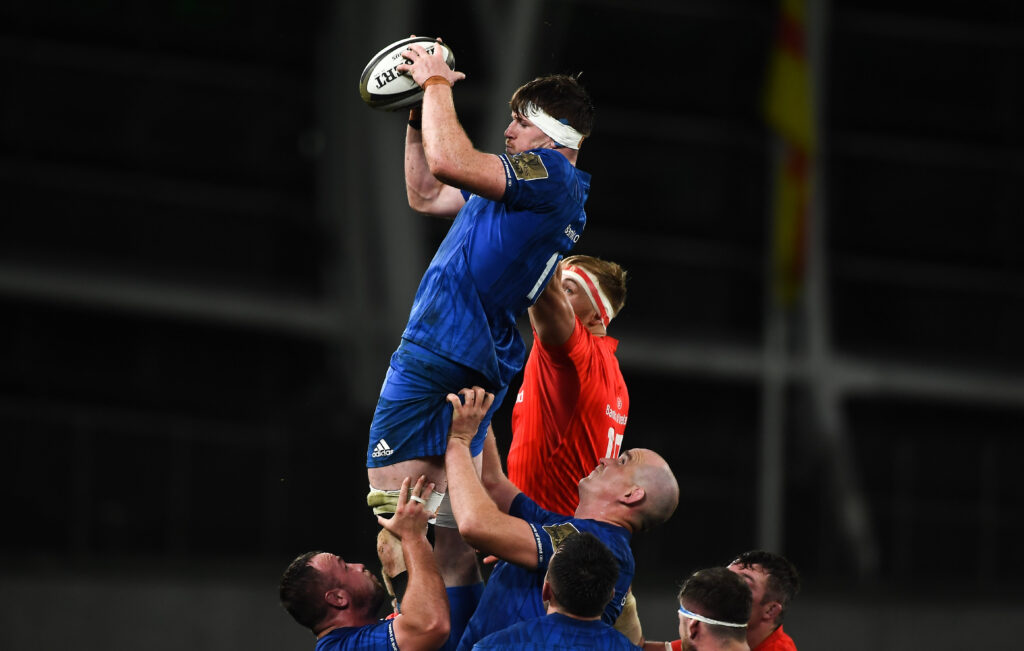 Twenty-one years of age and playing and starting in the premier European rugby competition.

“The European debut was great last year off the bench but ultimately we didn’t come away with the win.

“Getting my first start is something that I have worked hard towards.

“It’s great too that I got to do it with so much experience around me and so many Irish internationals. I just feel very grateful to be in a position to pull on a Leinster jersey in the Champions Cup.”

While Cullen and Co may not be afraid of throwing younger players in at the deep end, there is also a sense of building them up for those moments and, as Baird has already alluded to, putting the structures around them that give them the best chance of success.

“I think Leo and the coaches manage the squad really well and when you get the chance you need to be in a position to take it.

“Of course there are times when you would love to be involved more or whatever but at the end of the day Leo knows how to get the best out of everybody.

“It also keeps everyone on their toes. You can be Man of the Match one week and out of the squad next week. It really is that competitive and everyone just wants to perform to the best of their abilities when they get a shot.“

It might explain why Rhys Ruddock is in such brilliant form scooping up individual trophies in more games than any other this season in the PRO14 and in Europe.

Keep performing to keep hold of the jersey.

Although only starting out in his career, Baird has a highlights reel to be proud of already in Leinster blue as he has an eye for the try-line and for spectacular tries at that.

While it’s difficult to pinpoint any one reason for this eye for a gap and a gallop up the centre, it is interesting to hear him talk of his idols growing up. 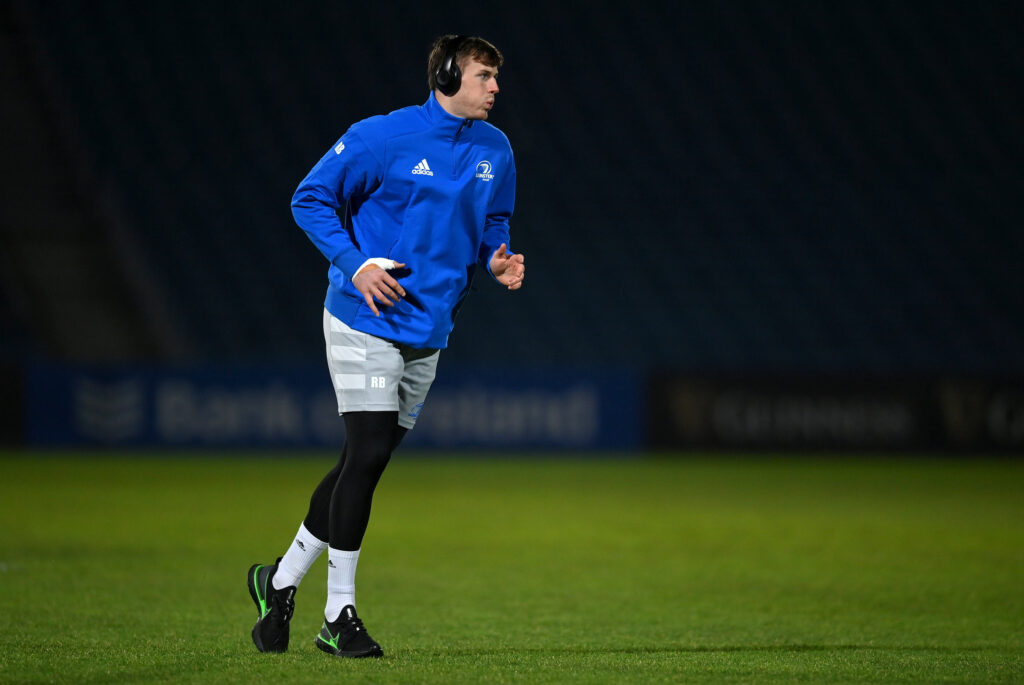 “I didn’t really have anyone specific in mind when I was growing up! There was nobody that I looked at and said I want to be like him.

“If anything I was looking at the All Blacks growing up and their centres in particular, the likes of Ma’a Nonu and the way he used to wreck over people and maybe then Brodie Retallick over recent years.”

Ma’a Nonu? That explains some of his tries.

“The last year or two I have been admiring other players in my position more. Maro Itoje for example and how he works his way around the pitch and how he disrupts the game. I like to study how he gets about the pitch because he is one of the best locks in the world at the moment.

“Then other players and how they go about their lineout work for example and looking at different nuggets of information that I can maybe take from them. Little things here and there.”

It is interesting that one of the men he mentions and that he likes to study and learn from, Maro Itoje, is still so young at only 26 but he is open to learning from all those around him in Leinster and outside of Leinster as well.

Baird is a big believer in visualisation and the positive influence of the mind on preparation and he is working with a coach on those elements.

“I am very interested in that side of my preparation and have been working with a coach on that side of things and then Scott Fardy introduced me to it in the context of lineouts and it really helps me to feel relaxed on the pitch before a game.” 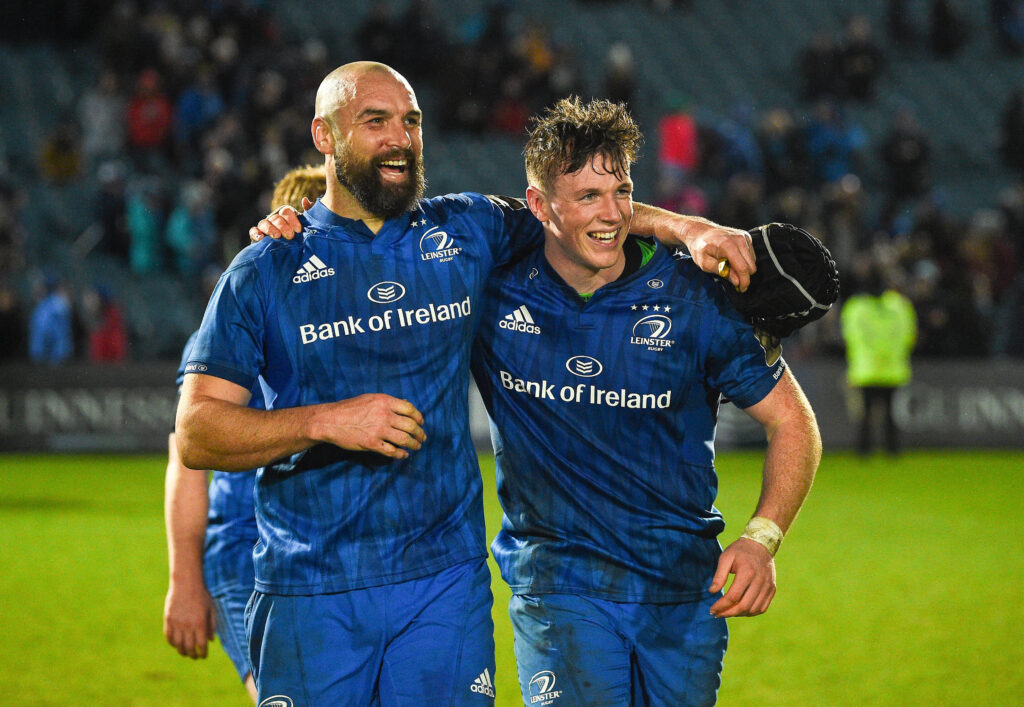 “Well on any given match week whether you are starting or on the bench, it is important to get your mental reps in as you only get a limited amount of live ones in training during the week, especially when we are playing away from home.

“So this way you can get the mental reps in for your role and feel prepared. Come game day I like to map out the lineouts on the pitch. So when I get to a lineout I know I have been here before, I know what to do. It really settles me.

“Fards mentioned this to me very early on in my career and that he uses this technique before every game. Walks the pitch and visualises the lineouts, how it happens and what his role is.

“I find it very useful for me and for helping me to really stay focused and my role in that game.”

There it is again.

The young lads getting their chance to shine but with the older heads always on hand to help them on that journey.

In case he would get carried away with himself, he also has his studies to keep him grounded. Baird is in Trinity College where he is in second year of a four-year Computer Science and Business degree.

A man with a bright future whatever he puts his energies to you feel but, for now, he is just enjoying the moment.