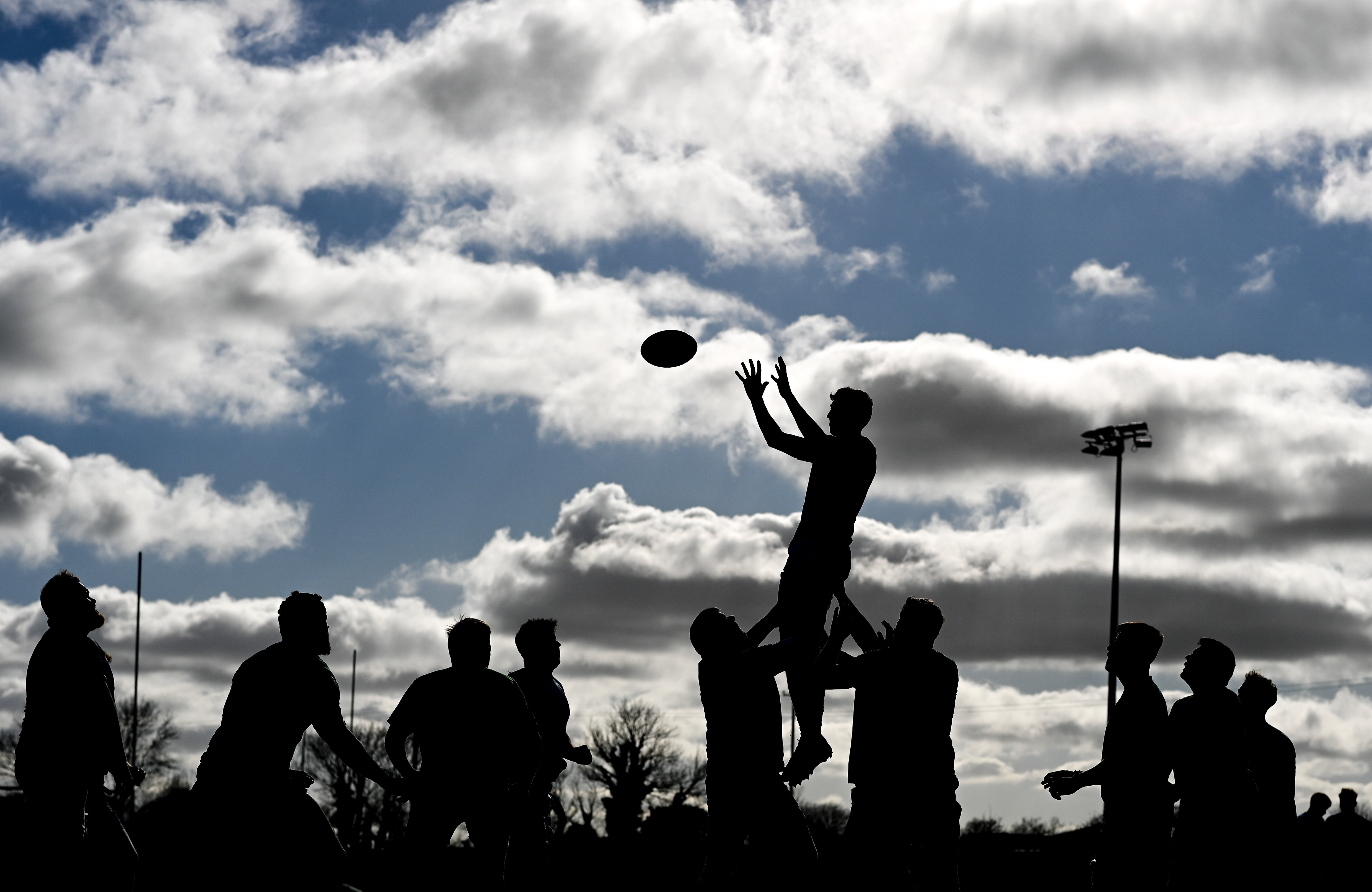 The semi-finals in the Bank of Ireland Metropolitan Cup are all set with holders Dublin University set to renew their rivalry with Terenure College.

Holders Trinity completed the final four with a resounding win over Old Belvedere on Tuesday night, while ‘Nure had taken care of Lansdowne on Saturday evening.

Clontarf and Suttonians had already qualified for the other semi-final the previous week.

They had to do it the hard way, despite a better start from which they built a generous lead without ever persuading Lansdowne to give up the ghost.

A major factor in the game was the goal-kicking of Conor Pender, landing the first of four penalties in the sixth minute.

Replacement scrum-half Mark O’Neill nipped in for the first try of the game, converted by Pender.

With hooker Conor McEvoy, flanker Conor O’Sullivan and No 8 Daragh McDonnell on song, ‘Nure broke through again for wing Jack Hunt to go over for back-to-back touchdowns.

Slower out of the blocks, Lansdowne must have rued that and a number of half-chances they couldn’t convert in the second period.

However, they did answer with a well-worked try by Jack Barry, converted by Tim Foley.

Full-back Pender arrowed over the conversion and two further penalties to make it 23-7 at the interval.

It was at this point that Lansdowne began the process of wrestling away control, cracking the defence for a penalty try, making it 23-14 in the 48th minute.

On one of few genuine attacks, flanker O’Sullivan benefitted from the work of others to score in the corner for a double-scores (28-14) lead.

It looked possible when Matt Healy broke through for a try, coveted by Rory Madigan to make it a one-score game.

There were even more chances to eat into the deficit before Pender sealed the issue with a penalty in the 76th minute.

It started to rain at the first whistle and didn’t stop for half an hour at Ollie Campbell Park on Tuesday night as holders Trinity set up a semi-final date with Terenure College.

The downpour was the last thing the students wanted to see, but they rolled their sleeves up and got down to work in the trenches.

Really, they had more than enough to deal with their hosts, using the maul and their strength through contact to generate the kind of momentum they never relinquished.

Second row Darragh O’Callaghan benefited from the graft of those around him to go over twice in the first quarter.

The pack put its foot down and never relented at the set-piece where the scrum and maul were used to good enough effect for tighthead Darren Magee to pick up a brace of tries from close range.

Worse again for Old Belvedere, out-half David Fitzgibbon slotted all four conversions for 28-0 at the interval.

It must be noted that Belvo’ had a number of late withdrawals that unsettled their selection, calling on six U-20s involved.

The game was as good as gone, especially in the slippery conditions, and Trinity continued to squeeze Belvo up front where they earned a penalty try.

Centre Cian Hingerty, one of the U-20s, was particularly effective in the midfield and full-back Jamie McAleese, playing out of position, claimed their try and conversion.

The last try was reserved for another Trinity forward in Felix Campbell, converted by Fitzgibbon, to set up a shot at redemption as Trinity were beaten 20-3 by Terenure College in the Metro League final the weekend before last.