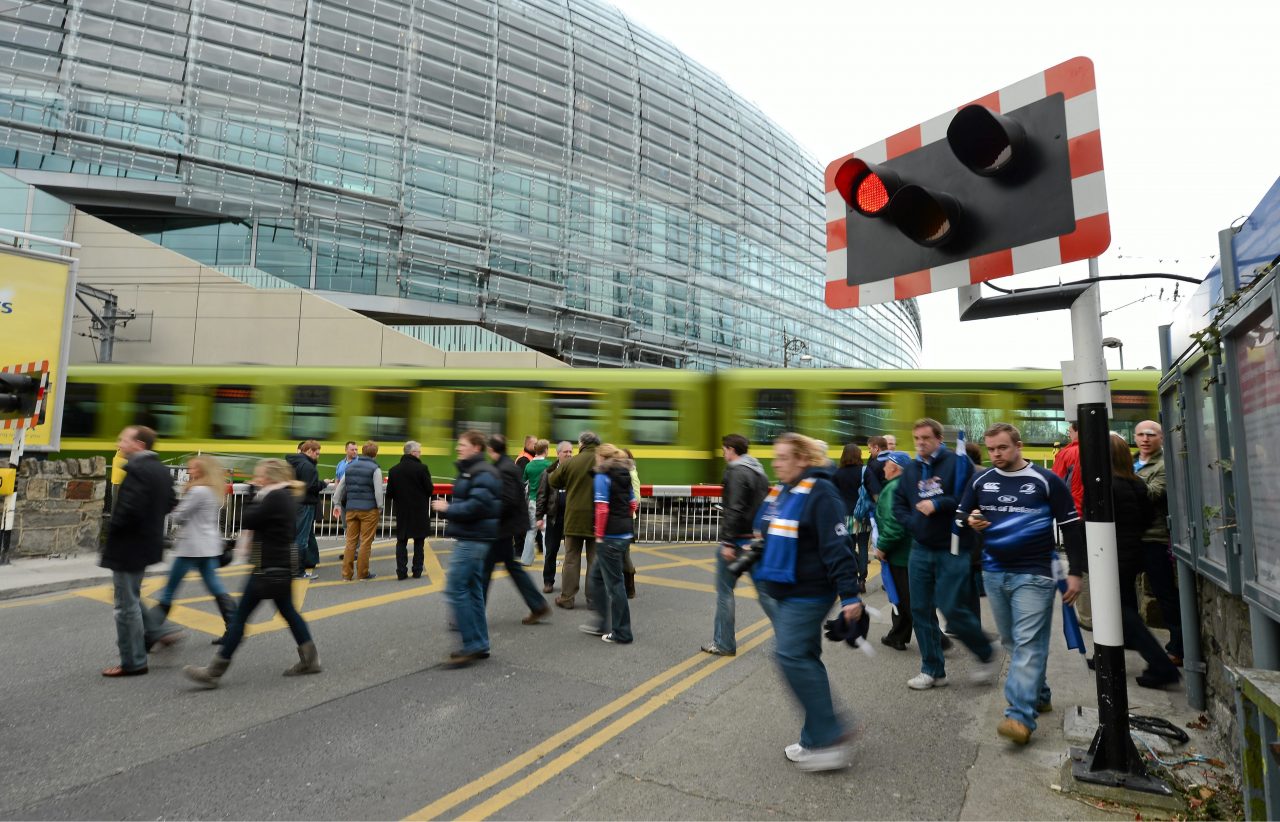 Ahead of Leinster Rugby’s match against Northampton Saints in the Champions Cup at Aviva Stadium on 17th December, Tullamore Rugby Club have teamed up with Irish Rail to organise a first for the club (and Irish Rail): a direct private train to Lansdowne Road.

Following the recent reopening of the Phoenix Park tunnel which connects Heuston to Connolly, it will now be possible for a train to travel directly from Tullamore, to the Dart station at Lansdowne Road.

Over 500 club members from Tullamore, mainly minis and youth players, are expected to travel by train direct to the match, with a special mention to the recently formed Tullamore Tigers Disability Tag Rugby team who will take to the pitch at half-time in a special exhibition game. Tickets for this maiden voyage were sold out in less than a week and it’s hoped that it will remain an annual tradition for the AIL Midlands club.

It is rumoured Santa might even make an appearance for the unique occasion.

Tullamore RFC have been participating in the One Province Initiative since it started, and had almost 400 people travelling in eight buses to support Leinster in last year’s Aviva game against Toulon.

To get your One Province order in for a Leinster Rugby game, email tickets@leinsterrugby.ie.

Tickets for Leinster Rugby v Northampton Saints are on sale from €30 for adults and €10 for under-18s.