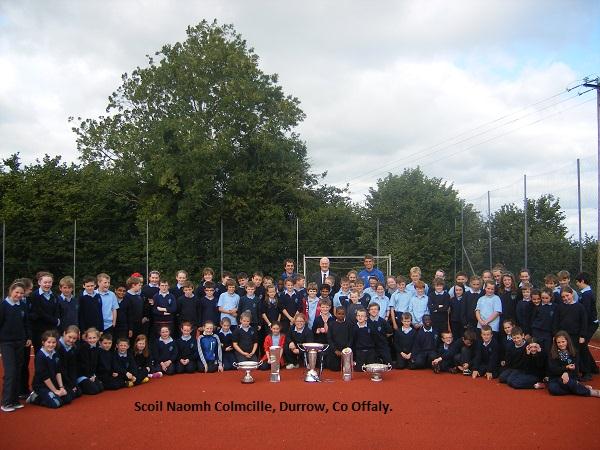 Tullamore CCRO’s John Burns and Rob Connor had a great selection of silverware to display as the Amlin Challenge Cup, RaboDirect PRO12 Trophy and the British and Irish Cup were on hand. They also took the opportunity to show a couple of the trophies won by Tullamore R.F.C.1stxv who also had a very successful season.

Children were very interested to learn that there is a definite pathway to becoming a professional player starting with joining their local club, through to Midland master class training sessions at U15 level, playing Shane Horgan Cup representing their area at U16’s with a chance to be spotted and represent Leinster and Irish Youths and ultimately if talented enough to be invited to join the Leinster Academy. The benefit to their clubs is that all players involved get excellent training and exposure to what is required to become a serious rugby player.