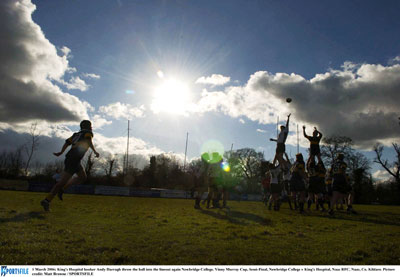 The 36th final of the Gale Cup (Leinster Under-21) features Tullow and Wanderers and takes place at Naas RFC this Sunday, 13th March (KO: 3pm)…

First played in 1976, the cup is named in honour of Harry Gale, a former Junior Secretary of the Leinster Branch and Railway Union member. Navan hold the record for number of Gale Cup wins with an impressive seven titles.

This will be the first appearance of Wanderers in a Gale Cup final and in reaching it they have recorded wins over Tullamore (20-5), CYM (18-6) and final opponents Tullow (35-9) with a loss to Mullingar (23-18) and receiving a walk over from Portlaoise.

Tullow have appeared in two Gale Cup finals previously – runner up in 1983 to Roscrea and in 2005 to Portlaoise.