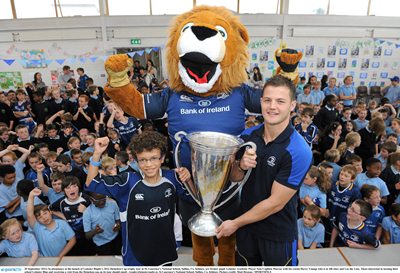 Those interested in turning their school Leinster Blue and receiving a visit from the Heineken Cup on its tour should e-mail – trophy@leinsterrugby.ie.

Over 250 schools are confirmed to receive the Heineken Cup to date, meaning over 50,000 plus school pupils will have the opportunity to see the Cup and learn more about rugby.

Leinster supporters can keep up to date on the Heineken Cup’s tour by following @leinstertrophytour on Twitter or at www.Facebook.com/leinsterrugbytrophytour