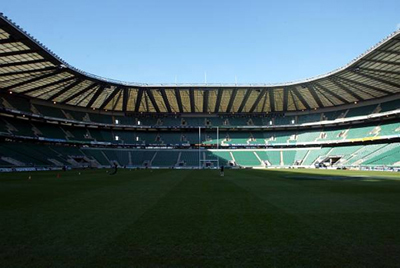 London Irish will play their Heineken Cup Round 6 showdown against defending champions Leinster at Twickenham Stadium on Saturday, 23 January. The kick-off time remains at 6pm…

The fixture has had to be moved due to Reading Football Club’s potential progression to the next round of the FA Cup, which has now been scheduled for the same weekend.

Andy Martin, London Irish CEO, said: ‘We’ve had to make a difficult decision to move our sell-out fixture against Leinster to Twickenham Stadium. However we are delighted that more of our fans can now come and support us on what promises to be an excellent evening of top class rugby.’

The switch from the Madejski Stadium to the home of England rugby will increase the possible attendance for the potential Pool 6 decider and will be the third Heineken Cup Pool match played at Twickenham Stadium, currently celebrating its centenary year.

When Harlequins played Munster at Twickenham Stadium in the 2004/05 tournament they attracted a crowd of 33,883 and there were 33,282 at the ground when London Wasps met Leinster last season.

And it will be the sixth tournament match staged at Twickenham Stadium following the Heineken Cup finals at the ground in 2000, 2004 and 2007.

With a combined crowd figure for those three finals of 222,574 it means the London Irish v Leinster match later this month will see over 300,000 people having gone through the Twickenham Stadium turnstiles for six Heineken Cup matches.