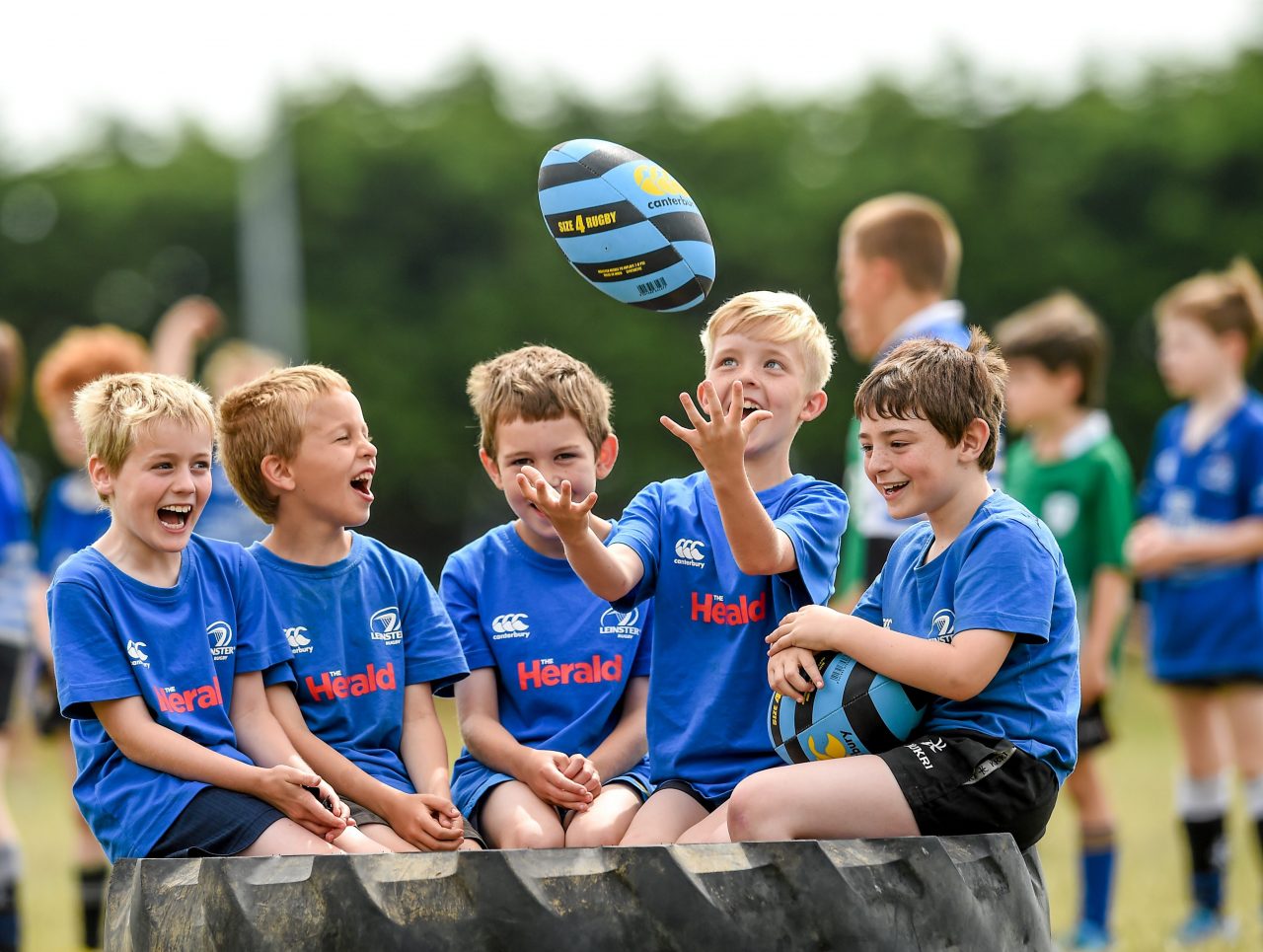 With the Early Bird price of ?75 ending in two weeks, the Bank of Ireland Leinster Rugby Summer Camps are calling on all boys and girls aged 6 to 12 years old and providing them with an action packed fun-filled week of rugby during the summer holidays…

The camps which run in 22 venues throughout the province during July and August will revolve around maximizing enjoyment and learning to play the Leinster way. This year will see a strong emphasis placed on the capacities of the players and the rugby specific coaching will be tailored to each individual group and conducted in an appropriate safe manner with the aim to optimise learning, create friendships, improve rugby skills and enhance rugby specific knowledge.

The typical week will see the camp content broken down into the various elements of the game and see each day take on a different aspect of skill development, taking it from an introduction level through to using it in fun game based activities. A special area that we will be focusing on this year will be at Mini Stage 2 (8-10 years old) and Mini Stage 3 (10-12 years old), where the players will learn and experience activities around coaching based techniques such as ‘Players on the Ball’ and ‘Players in Space’. This will see the coach’s guide and give an understanding of the skills that are needed in these areas of the game such as passing, evasion, tackling, decision making and general movement.

Billy Phelan, who will manage The Herald Summer Camps this year, commented “The summer camps provide an ideal opportunity for kids to learn new skills, practice and perfect them over the summer while having fun and meeting new friends. Coached by experienced qualified coaches the kids can return to their clubs with that little bit extra or for those joining new clubs next season the bonus of having a skill base to work from. With only two weeks until the Early Bird price of €;75 closes, we are really looking forward to meeting all the players on the camps this summer”.

As last year’s camps sold out, we would urge that you avail of our Early Bird Offer of €;75 (ending 5pm 5th of June) directly at http://bit.ly/1DSJNSZ or for more information visit www.leinsterrugby.ie/camps.