U-18 Clubs Take next Step Towards Interpro Title 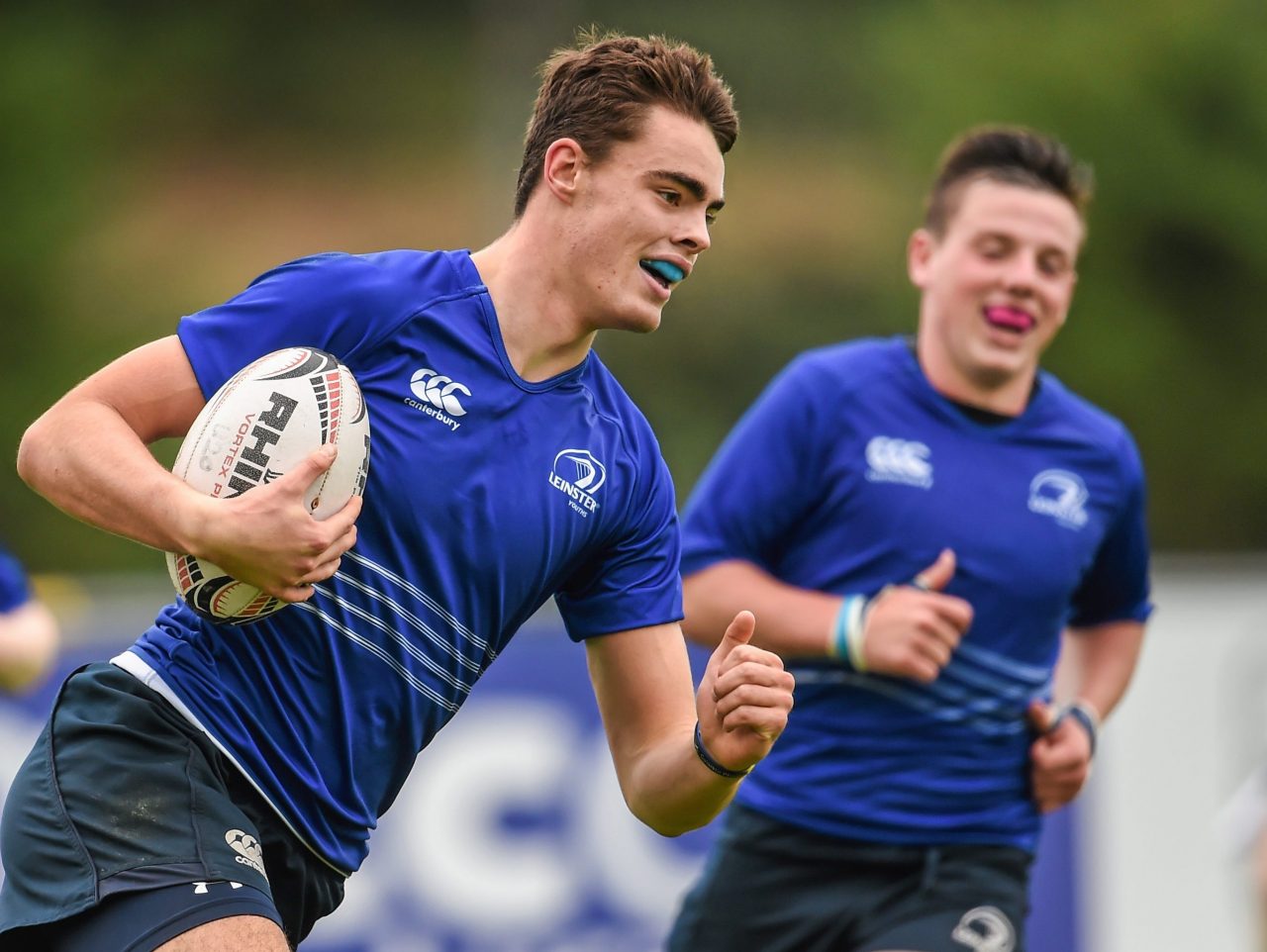 Dan van Zyl’s Leinster are one more win away from claiming the U-18 Clubs Interprovincial Championship following the clinical 38-7 defeat of Connacht at Naas RFC on Saturday.

It wasn’t all plain sailing. Connacht could have taken the lead when fly-half Luke Carty’s penalty just slipped by the uprights. It was a reminder how Leinster could take nothing for granted.

Leinster’s intention was to use the width of the pitch, hooker Ben Devlin popping up on the touchline and full-back Conor Nash threatening through the middle.

Smooth ball off the top from flanker Conor Hand initiated a dangerous movement ended by centre Peter Howard being forced into touch. It didn’t stop there.

The ball was recovered for Nash and Hand to generate front-foot ball for centre Aiden McDonald to cut a nice line for the opening try in the twelfth minute, converted by fly-half Ciaran Frawley

The attacking theme continued from the restart, Howard ducking back inside before Connacht full-back Ryan Feehily’s composure showed in his positioning and clearance of Frawley’s threaded kick.

A range finder of a penalty to touch put Leinster in the right area from where number eight Paul Boyle powered through bodies for McDonald to claim his second try in the 16th minute, Howard making it 14-0 from the conversion.

The visitors had to defuse Leinster’s fluidity and they did so through the effective spoiling of their back row, led by Cian Quinn and Matthew Burke. They almost created an overlap for right wing Paul Prendergast before a vigilant Chris Maloney closed that window.

The danger was still present until Hand got in amongst bodies to keep the ball off the ground, forcing a scrum turnover. It was then the Connacht eight made life uncomfortable for Leinster, resulting in a hasty exit strategy and a knock-on beneath the posts. But, the Leinster defence held firm.

Connacht’s work without the ball was improving too. They were applying pressure at the scrum and putting more aggression into the contact area until Nash put his football skills to good use, chipping over the top and collecting for a try, converted by Frawley, for 21-0 at the break.

There was a feeling out period on resumption with neither collective able to establish any degree of supremacy. Carty had another early shot at the posts which was pulled just left in the 42nd minute.

Then, Leinster broke from deep, Nash striding down the right touchline, selling a dummy and covering fully 70 metres. Frawley converted.

They were back for more when lock Sean Masterson’s lineout grab was mauled up for Frawley to take advantage of light numbers on the blindside for the fifth try in the 52nd minute.

Straight away, Connacht redoubled their efforts for Burke to come within inches of the line, hooker Sean O’Hehir grounding the ball in the follow up for wing Paul Kilcoyne to convert for 33-7 in the 55th minute. It was left to Nash to provide another finish for his hat-trick on the back of left wing Chris Maloney’s speed and footwork.

Leinster will have to seal the title by going to Munster next Saturday in what will be a winner-takes-all encounter at Waterpark RFC.