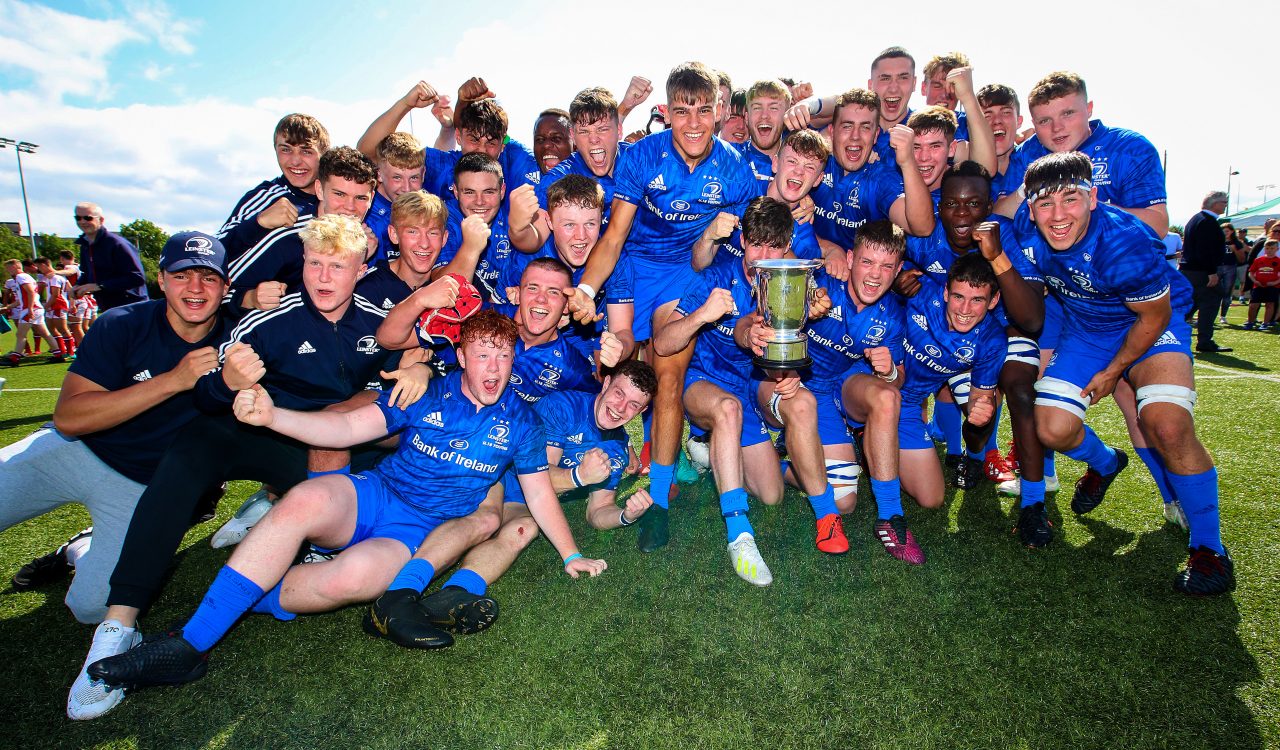 The Leinster U18 Clubs added Ulster to the scalps of Munster and Connacht in capturing the Interprovincial Championship at the University of Limerick on Sunday afternoon.

The 40-10 eclipse of Munster on day one was backed-up by the 19-12 defeat of Connacht in the middle leg of the three-round competition to put Leinster in the driving seat.

If they thought they were in for an easy ride, they were quickly reminded of taking each game on its merits when Ulster benefitted from a block-down to move into a 5-0 lead in the ninth minute.

Gradually, Leinster began to move with menace and opened Ulster up for Ruairi Clarke to surge through the gain line, stretching to the whitewash, Fionn O’Hara converting for a 7-5 lead in the 15th minute.

On his first start, Gibney picked off two tries in five minutes, the first coming from a break through the middle for a simple two-on-one to put the right wing into the corner.

The second was an opportunistic effort, Gibney smartly picking from a ruck to take advantage of Ulster’s thin line from the 22, out-half O’Hara converting for 19-5 at the interval.

Leinster were beginning to find their flow and Jack Hanlon make it into the left corner 26-5 for O’Hara’s extras to take the game out of reach.

Ulster were able to strike for a second try before Leinster rubber stamped the title with the last play of the game when sustained pressure from good carries by Daniel Adekunle, Josh O’Hare, Abdul Olabaskan made enough room on the outside for O’Hara to steal to the line.

“We are just delighted for the lads for the effort they have put day-in, day-out, working extremely hard,” said Team Manager Robbie Mullen.

“Everything they do is down to what they put in and all of the players were capped.

“We went to Newcastle for a week which benefitted the squad and we came into the Festival ready to perform.”