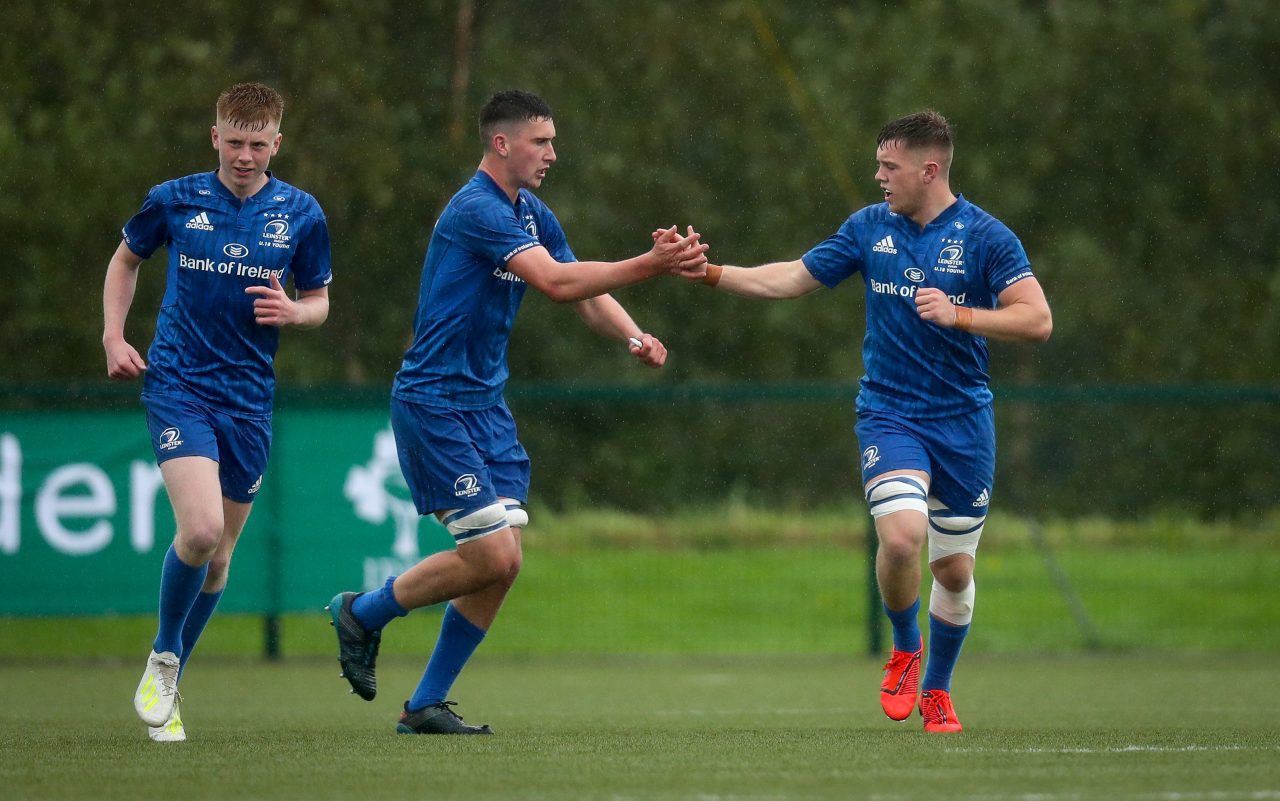 The Leinster U18 Clubs made it two consecutive victories in the U18 Interprovincial Series with victory over Connacht at UL on Wednesday evening.

Leinster coach Joe Carbery made just one change from the weekend win over Munster, Balbriggan’s Aitzol King coming in on the right wing with Andrew Osborne moving around to full-back in place of Tadhg Finlay.

Connacht, the defending champions, were fresh from a comprehensive win over Ulster on day one.

Their coach JP Walsh also made one change with Conaill Muldoon coming into the second row.

The brutal weather conditions made this one a battle of wills with Connacht putting down a marker early on.

They started confidently into the wind without being able to translate it into points.

Leinster struck against the run of play for a try through their number eight Conor Duffy, converted by Fionn O’Hara, from wide out for 7-0 in the tenth minute.

The reaction of Connacht was positive, the wind holding up the restart for Kacper Palamarczuk to apply pressure for a knock-on.

The captain Palamarczuk decided to go for the corner and a powerful maul concluded with hooker Kolo Kiripati picking up the try in the eleventh minute.

The swinging fortunes of the game continued as Leinster punched in an unconverted try by Aitzol King.

It was a case of the same again as Palamarczuk was heavily involved from the restart in putting Connacht back on terms with a try which Rory Fallon converted.

It looked like it would stay that way until Jack Hanlon popped up with Leinster’s third try, converted by O’Hara for 19-12 at the interval.

Even so, Connacht looked well set to use the conditions to their advantage.

The closest they could get was from two mauls inside the Leinster 22 in the third quarter.

They just couldn’t get the control and momentum they needed to splinter the Blues.

Thereafter, Leinster’s handling improved into the wind and they were able to keep play in the middle third of the pitch with textbook tackling and disciplined defence.

There was even a chance for O’Hara to seal it with a penalty five minutes from time.

As it turned out, they didn’t need it.

“We were delighted with that on that day that was in it,” said Leinster Team Manager Robbie Mullen.

“I have to say both teams made a real effort to play the ball in the first-half. It was the brilliance of the defence that kept us in front. All the boys really stood up.”