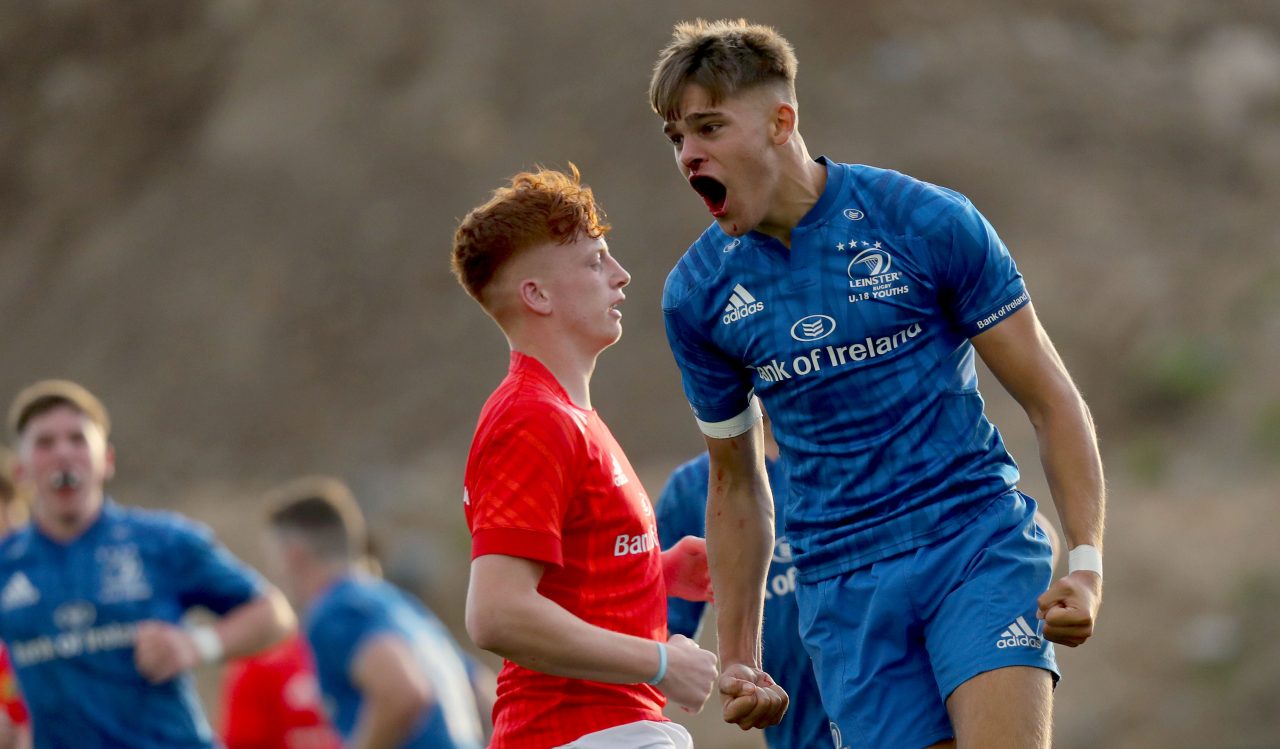 Joe Carbery had to be happy with how the Leinster Clubs recovered from a shaky start to have 30 points to spare over Munster in the first of their three U18 Interprovincial matches at the University of Limerick on Saturday.

Munster meant business from the off and they moved well enough to create a try for flanker Conor Moloney, converted by out-half Tony Butler in the ninth minute.

This had all the physicality of your typical interprovincial rivalry and Leinster struck back from a try by left wing Jack Hanlon in the 20th minute.

The to-and-fro continued when Butler struck a penalty in the 26th minute.

However, Munster were unable to keep the advantage as Leinster bounced back with a try by centre David Dooley, converted by out-half Fionn O’Hara, to lead 12-10 at the break.

The next breakthrough did not come until Leinster were able to construct a third try for replacement full-back Aitzol King, converted by O’Hara, to make it a two-score game in the 52nd minute.

Left wing Hanlon was sharp enough to snatch his second score ahead of number eight Conor Duffy getting in on the act with the fifth and sixth, O’Hara connecting with five out of six conversions.

“Munster got off to a good start. But, the boys didn’t panic behind the goal. They knew what they had to do, keep the patience and the openings would come,” said Team Manager Robbie Mullen.

It means coach Carbery could be forgiven for looking at Connacht on Wednesday as the decisive round given the champions beat Ulster 36-14 in impressive fashion.

“We’re not looking at it like a decider. It is just another game to the lads and they know they will get nothing easy against a very physical Connacht side.”