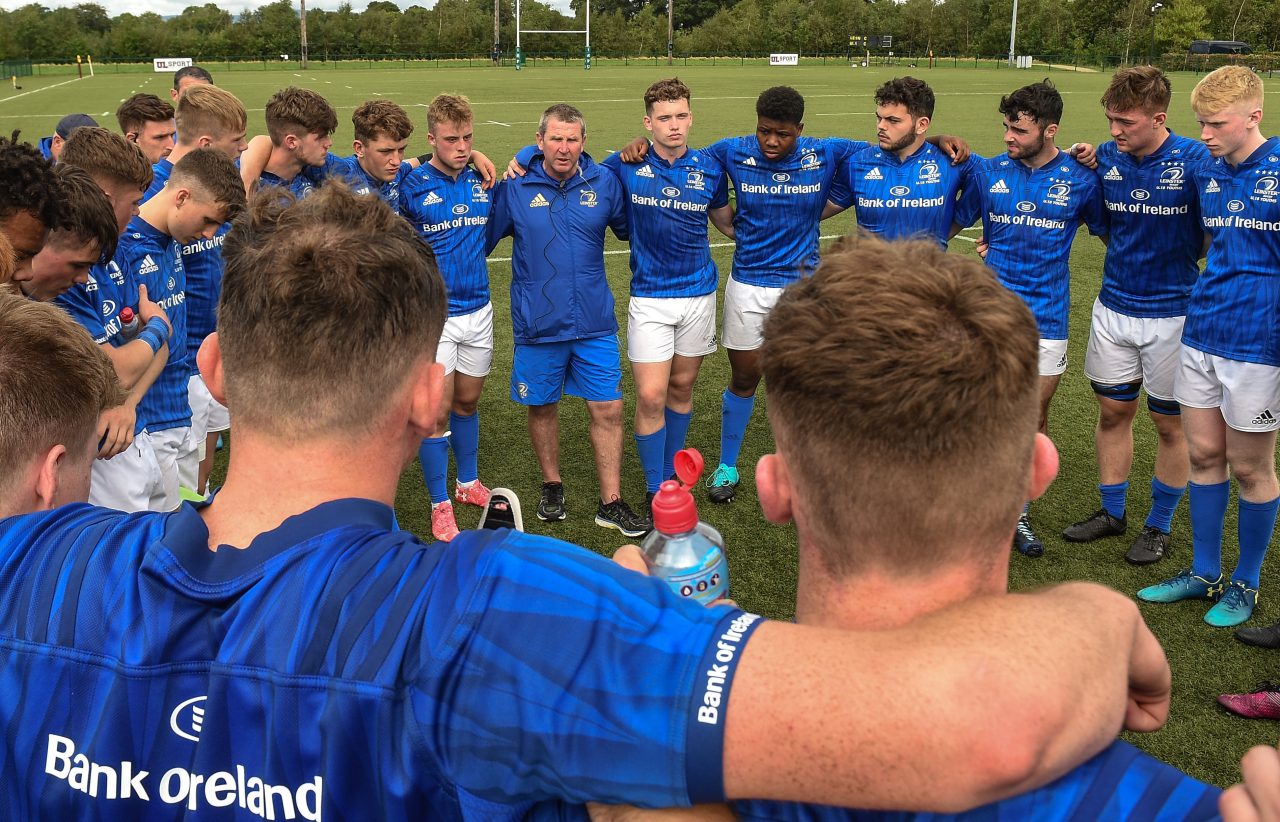 The inaugural U18s Festival was an unqualified success last year as a means of gathering all of the Under-18 talent in the nation, from the schools and clubs, at the University of Limerick, the perfect host venue.

The intense nature of the three matches over just eight days meant the provinces had the opportunity to introduce the players to a professional experience in that they all stayed on site to maximise preparation, recovery and the preview and review of analysis.

The Leinster Clubs have had a strong pre-season, coming together at their summer camp for training three days-a-week.

They began with a hit out against their Schools counterparts, going down 12-0, with Tullow flanker Conor Duffy the standout man.

From there, Leinster travelled to Barnard Castle school in the north of England, routing famous Scottish club Boroughmuir RFC 50-0 in a one-sided encounter.

Then, they needed all of their squad of 33 to take part in a three-club, one day blitz against Newcastle Falcons and Yorkshire Carnegie. The four matches were reduced to 20-minutes-a-half with Leinster losing to Newcastle 28-7 in their first outing.

After that, they just got better and better in beating Yorkshire 38-0 and 26-0 before taking a measure of retribution over Newcastle 28-12 in the final game of the day.

“From a coaching point of view, we have been happy with the work ethic and the character of the players,” said Team Manager Rob Mullen.

“The exciting thing about it was how we represented Ireland, in terms of playing two English clubs on one day. It was a very worthwhile experience.”

Connacht are the club champions and Leinster have not won this competition since 2016.

They will have the experience of out-half Fionn O’Hara, back from last year, and flanker Duffy, while there is genuine pedigree in winger Andrew Osborne, younger brother to Leinster U19s Jamie, Brian Deeny’s brother Paul and scrum-half Culann Carbery.

The strength is in the collective rather than the individuals and they will need everyone working together to get what they want.

A number of injury concerns has delayed the announcement of the Leinster team to play Munster in their opening match on Saturday evening until the day of the match.