U18 Girls claim third place with win over Connacht 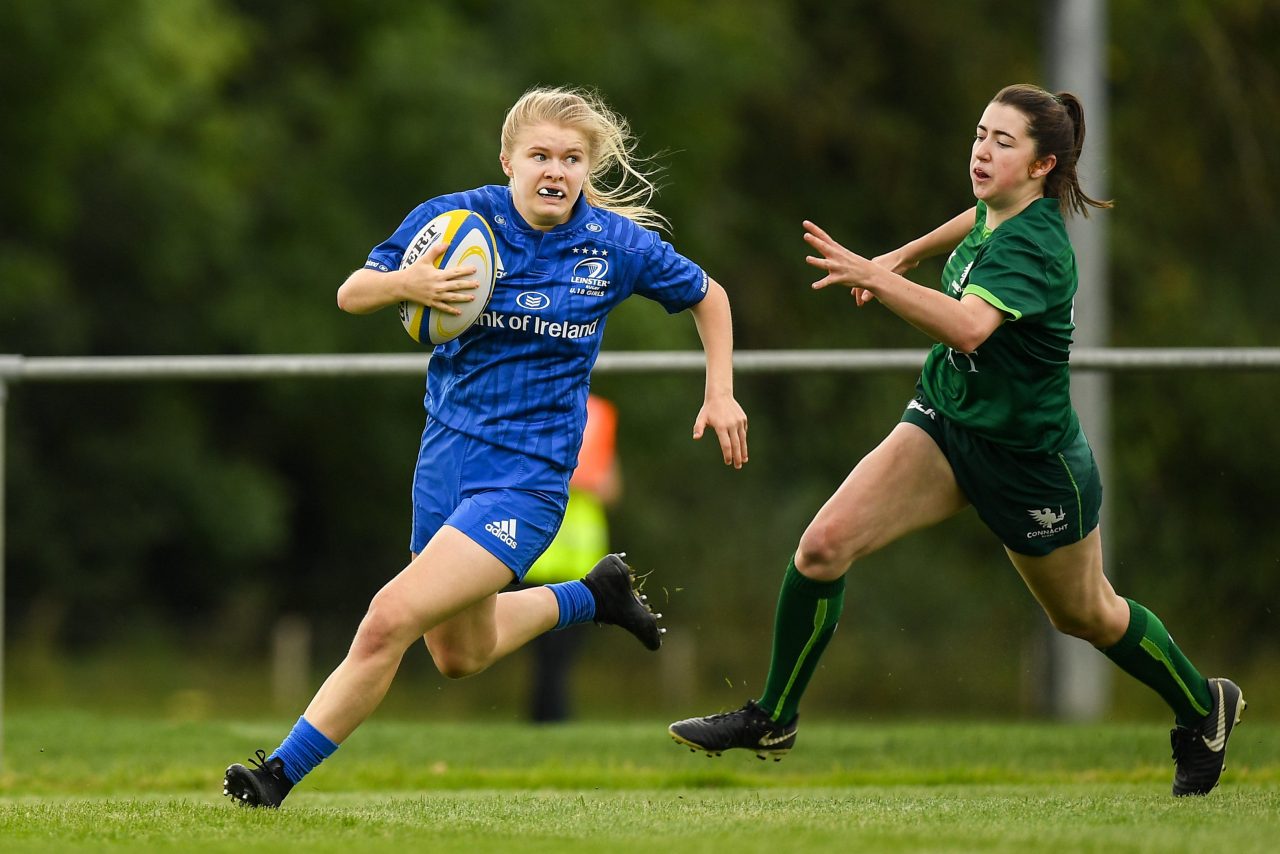 Leinster Rugby U18 Girls secured third place in the 2019 Interprovincial Series with a 38-5 win over Connacht at Barnhall over the weekend.

It was an evenly matched start to the game as Connacht’s Mary McLaughlin scored after 10 minutes to match Orla Hayes’ try for Leinster. Leinster added further scores from Ciara Faulker and Vicky Elms Kinlan to lead 17-5 at half-time.

Connacht were getting some good defensive stops early in the second half as they fought for parity with the running of Ivana Kiripati helping them onto the front foot.

Leinster’s strike runners were proving hard to handle though with Caoimhe O’Callaghan getting a try and Vicky Elms Kinlan completing a hat-trick with the help of some superb work from Aoife Wafer to charge down a clearing kick. Ava Jenkins continued her excellent kicking return in this championship with 3/3 conversions in the second half.

It brings the curtain down on a hugely positive season for the Leinster team who won four of their five games, finishing as top seed after the round robin phase before suffering a semi-final defeat to eventual winners Munster.