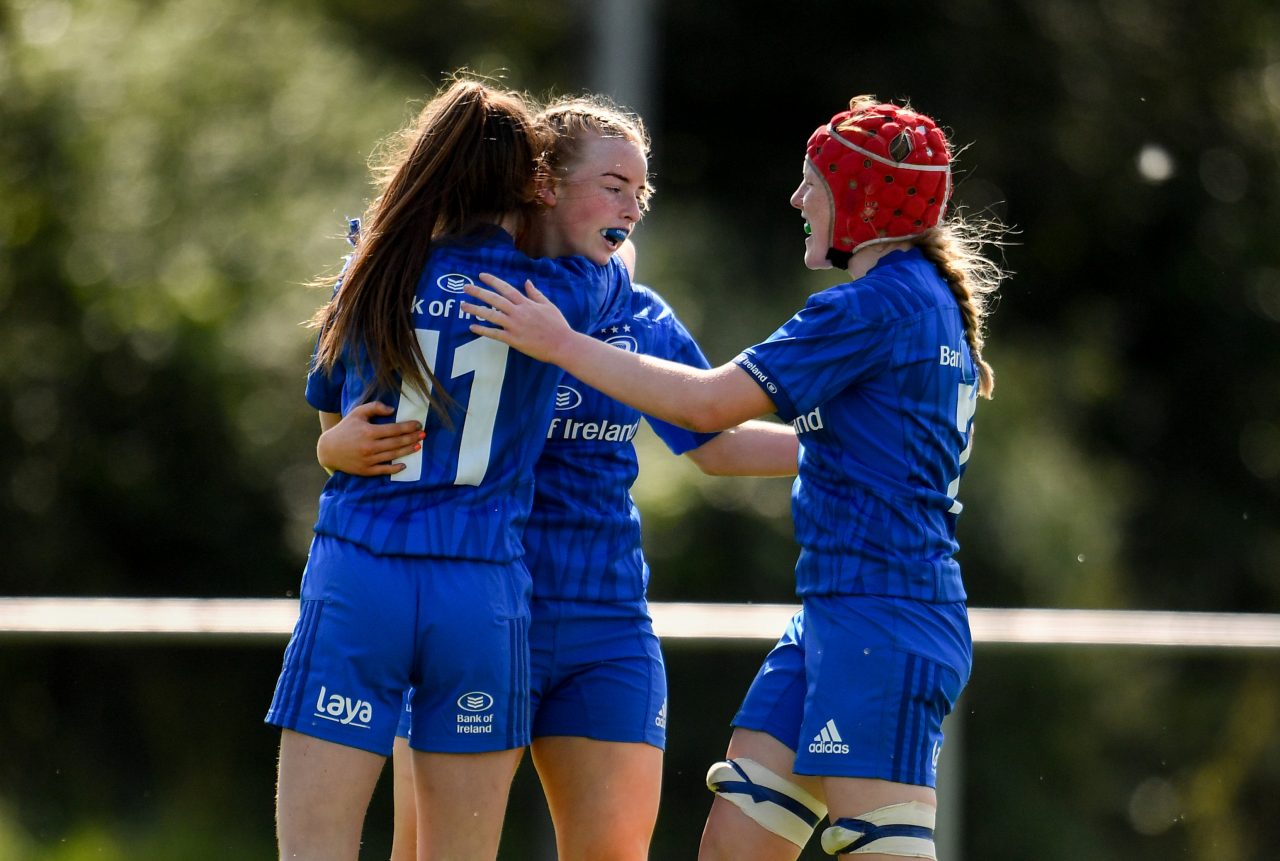 From the kick-off, Leinster showed their intent to play with power and pace and the first try came inside three minutes through some quick recycled ball allowing the backs to move it through the hands for winger Rachel Conroy to get over on her debut.

This was followed up immediately as Leinster gathered the kick-off and went through their phases. 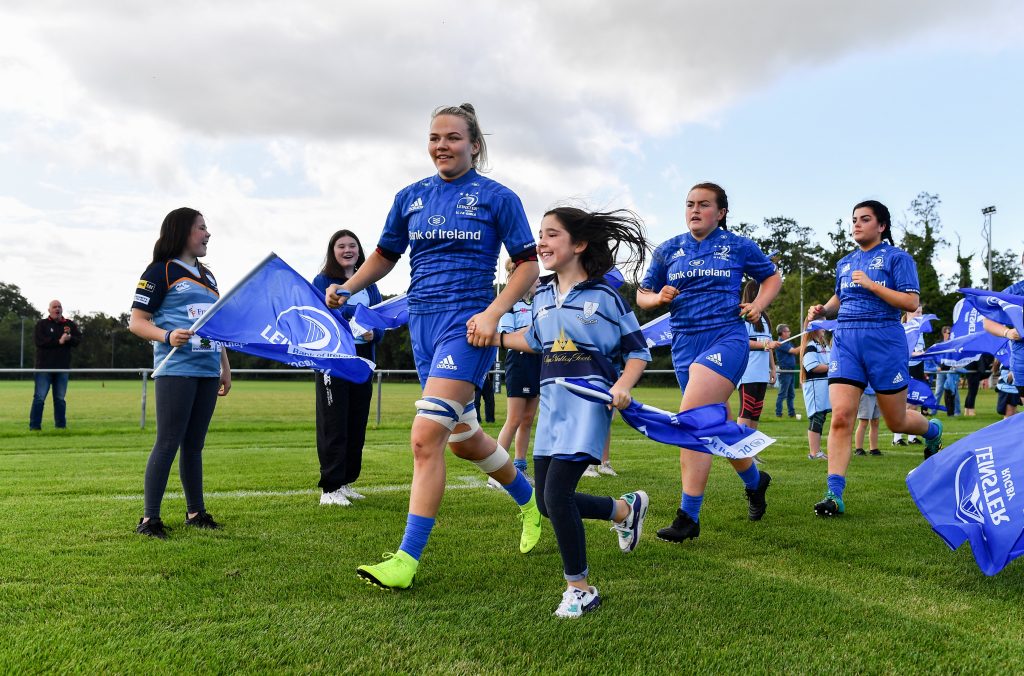 Some great work from the forwards to create quality ball allowed the backs to break free.

Not to be outdone the Leinster openside flanker Aoife Wafer – another debutant – popped up to finish and within six minutes it was 10-0 to Leinster.

Undeterred, Connacht fought back with some strong carries from their forwards and this allowed space for the Connacht out-half to attack the line and slip over in the corner to reduce the deficit to 10-5 after 10 minutes.

The pace of the game did not stop and this led to another exchange of tries between the two sides, Wafer again the try scorer after some good interplay between backs and forwards.

The conversion made it 17-5 but a quick reply from the Connacht pack closed the gap to 17-10.

With only 20 minutes gone it looked like this game was going to be wide open but after some words from Leinster captain Ellie Meade under the posts the team settled and started to go about their task with purpose. 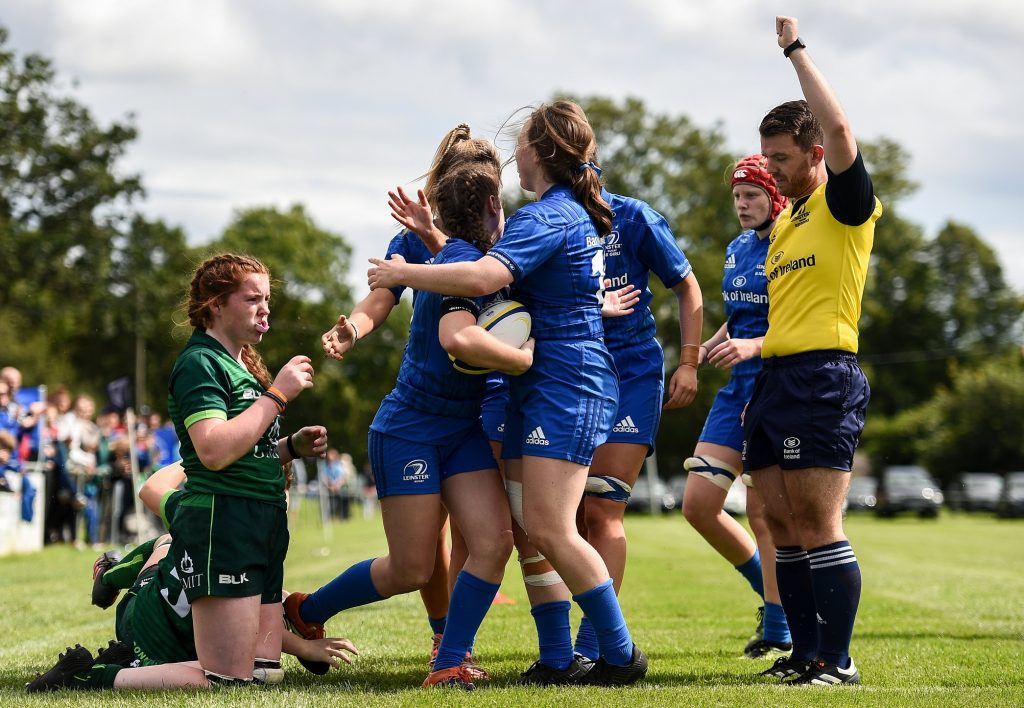 Errors were reduced and it was Leinster who now started to take control of the game.

Two further tries from Kathryn Dempsey and Katie Wheelan, another debutant, in the first half allowed Leinster to stretch their lead to 27-10 at half-time.

The second half started with Connacht coming out with a point to prove.

For 20 minutes Leinster were under huge pressure and Connacht enjoyed long spells on the Leinster line but despite this effort from Connacht, they couldn’t find a way over.

This defensive effort seemed to strengthen the resolve of the Leinster players who showed great determination to weather the storm.

Excellent defensive work from the pack and in particular Holly Leach, Ellie Meade and replacement prop Emily Jo White kept Connacht out on a number of occasions but the defensive effort did not come without cost as Leinster back row Erin King received a yellow card for persistent team penalties. 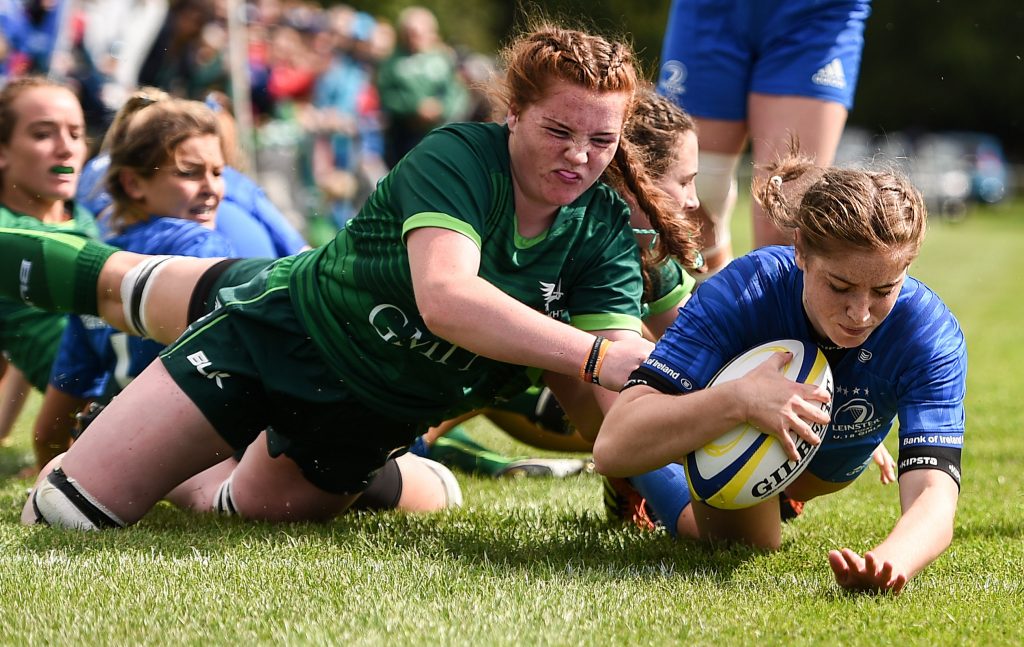 The first of the two second half tries from Leinster came from a moment of individual brilliance from centre Ciara Faulkner.

Under pressure on their own line, Leinster out-half Jenkins was forced to pass rather than kick by the Connacht defenders. With so many defenders trying to close the 10 down she passed to Faulkner who spotted space to run.

Stepping past two defenders in a tight space she took off from her own try line and broke free into open space.

With the Connacht defenders chasing back it looked like she would be hauled down but with a clever change of direction she cut from the inside to outside and then back inside again leaving the defenders behind to touch down just to the right of the posts.

Not happy to leave it at that, Faulkner again popped up at the end of some good approach work by the Leinster pack to finish off the day in style. 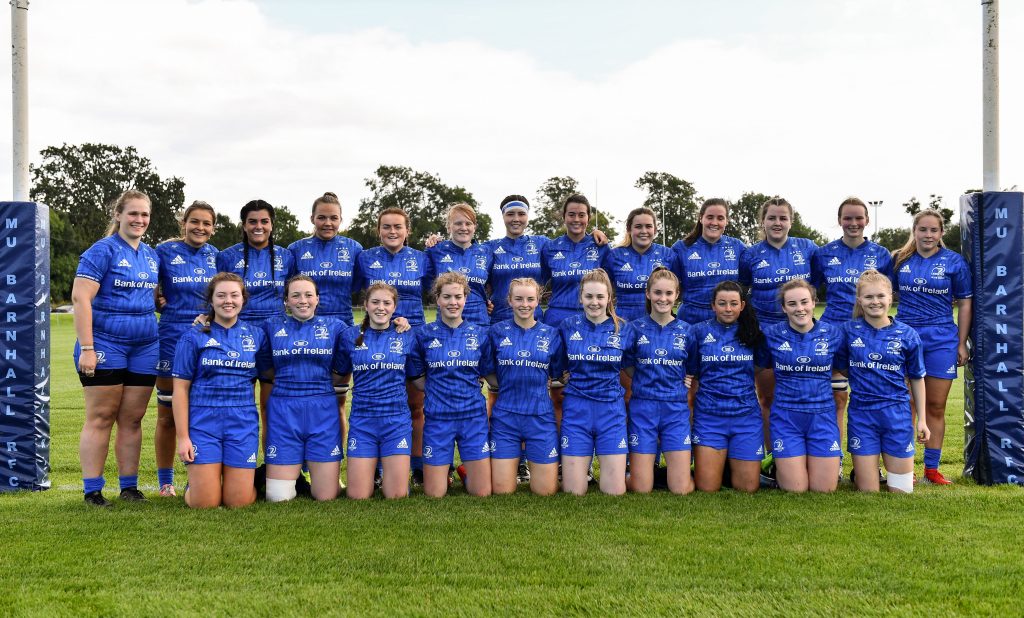 Speaking after the match, head coach Niall Neville said: “I’m really pleased with the result and the efforts of the players. We had 15 new caps out of the 23 girls in the squad today, eight of which were in the starting 15.

“The first game out is always difficult and we expected there would be some errors but we spoke about our reactions to these rather than the errors themselves. We have been training hard but nothing beats game time and a chance to put into practice what we have been doing against an opposition we don’t know.

“Connacht to their credit got stuck into us physically and that is something we will have to manage in terms of our tackle tech and our defensive system. For us, the focus now moves to the game on Saturday against Ulster, who had an impressive win against Munster earlier today. We will have a look at the areas we need to address and look to improve for next week.”