U18 Girls Start Interprovincial Championship with Win over Munster 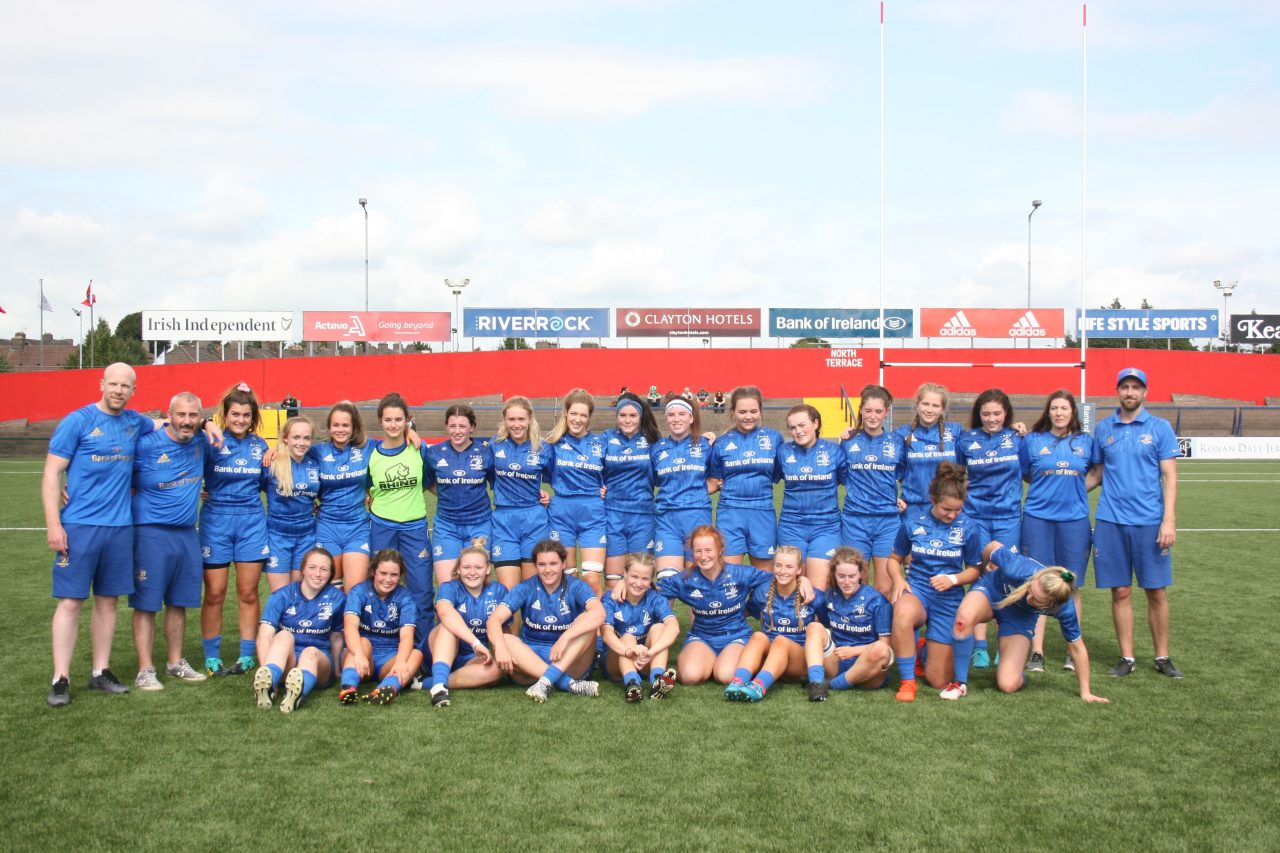 The Leinster Rugby U18 Girls started this year’s Interprovincial Championship with a 31-14 win away to Munster at Irish Independent Park on Saturday.

The game kicked off with Munster tearing into the Leinster defence and really putting the girls in blue under pressure. The wonderful weather combined with a 4G pitch meant the pace of the game was high and, thanks to some good scramble defence in the first 15 minutes, Leinster kept Munster scoreless. 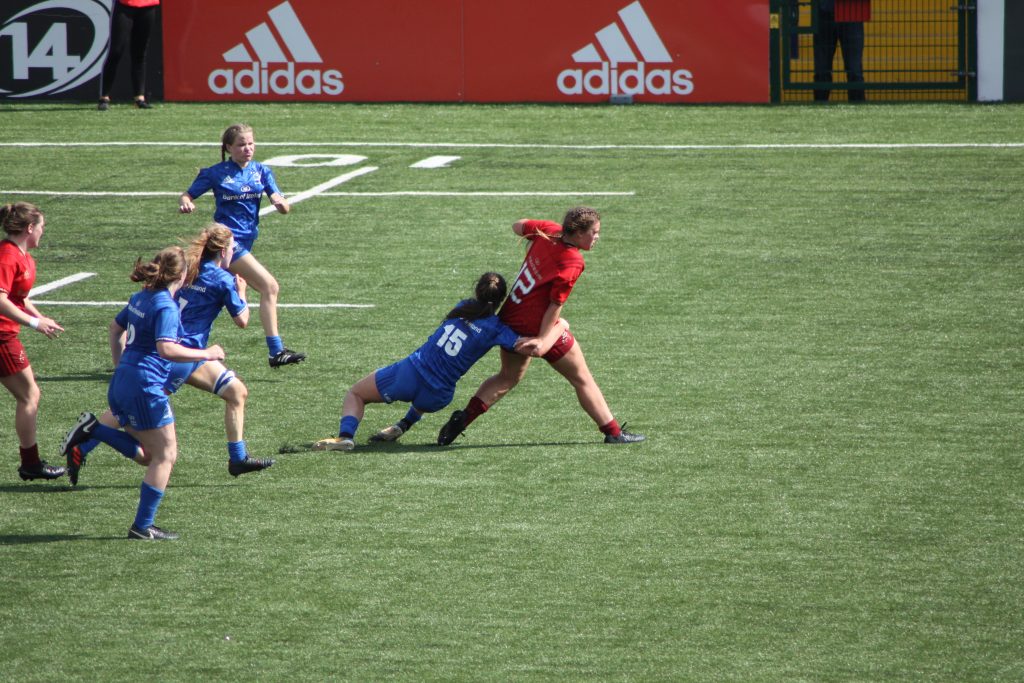 Despite the early Munster pressure, Leinster showed flashes of quality when they got their hands the ball. On the 20-minute mark, Leinster pounced on a Munster error and recovered the ball. Some quick phases and good handling allowed the ball to be moved to Leinster fullback Ella Roberts. Her quick feet and pace allowed her to dance through the Munster defence and finish from 20 metres out. The score was converted by Ava Jenkins to make it 0-7 after 22 minutes.

Not to be deterred, Munster came back and through good pressure caused a kick to be blocked down in the Leinster 22, which they chased down to level the game with five minutes remaining in the first half. 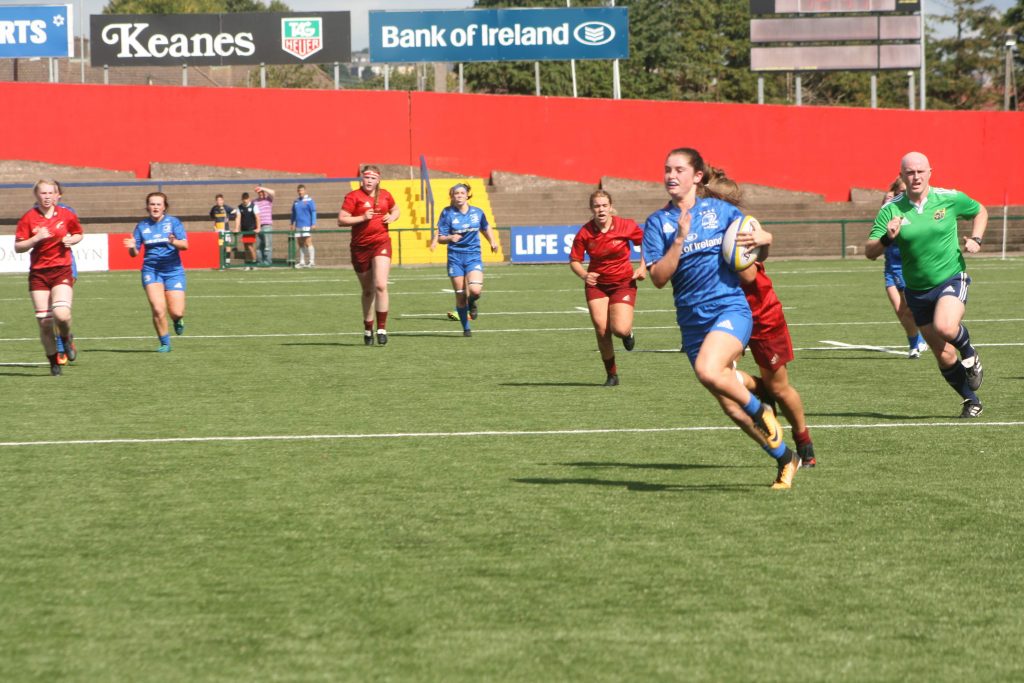 The try drew a reaction from Leinster. A brilliant passage of team play just before the break resulted in a well-taken score by left-wing Molly Fitzgerald, giving Leinster a five-point lead at the break.

Munster started the second half in the ascendancy, scoring a well-deserved try. Some strong carries from their forwards took the ball from halfway up to the Leinster line with a short-range finish giving Munster their second converted score of the game.

Both teams settled after this play and there wasn’t to be another score until 20 minutes into the second half. Some strong carries from Leinster forwards Holly Leach, Jess Keating and captain Judy Bobbet gave the Leinster backs a platform to attack. 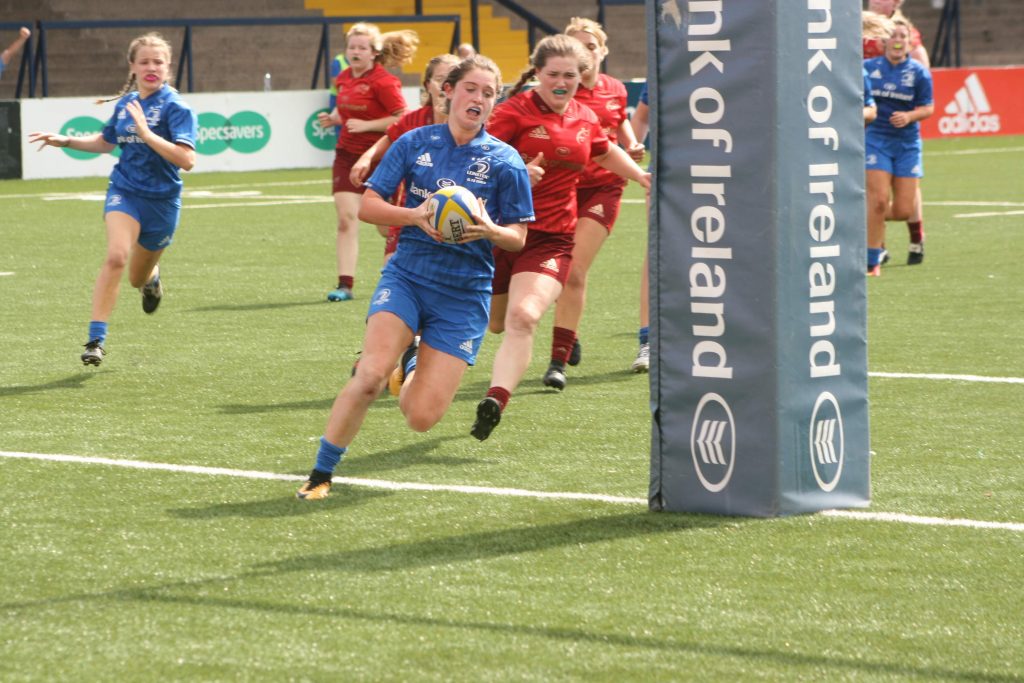 It was again the dancing feet of Roberts found the line once more, with Jenkins again converting to give Leinster a 14-19 lead. This seemed to be the catalyst for the girls in blue who kept the tempo high for the rest of the contest.

Centre Ali Miley chased an excellent Jenkins kick, came onto the bouncing ball at the right moment and left the covering defenders behind as she sprinted clear from 40 metres to dot down in the corner.

Replace scrum-half Ciara Carbery had the final say of the game when Munster gave away a penalty on their own five metre line. Spotting a gap she took the penalty quickly and darted under the posts, Jenkins again converting to leave the final score Munster 14-31 Leinster. 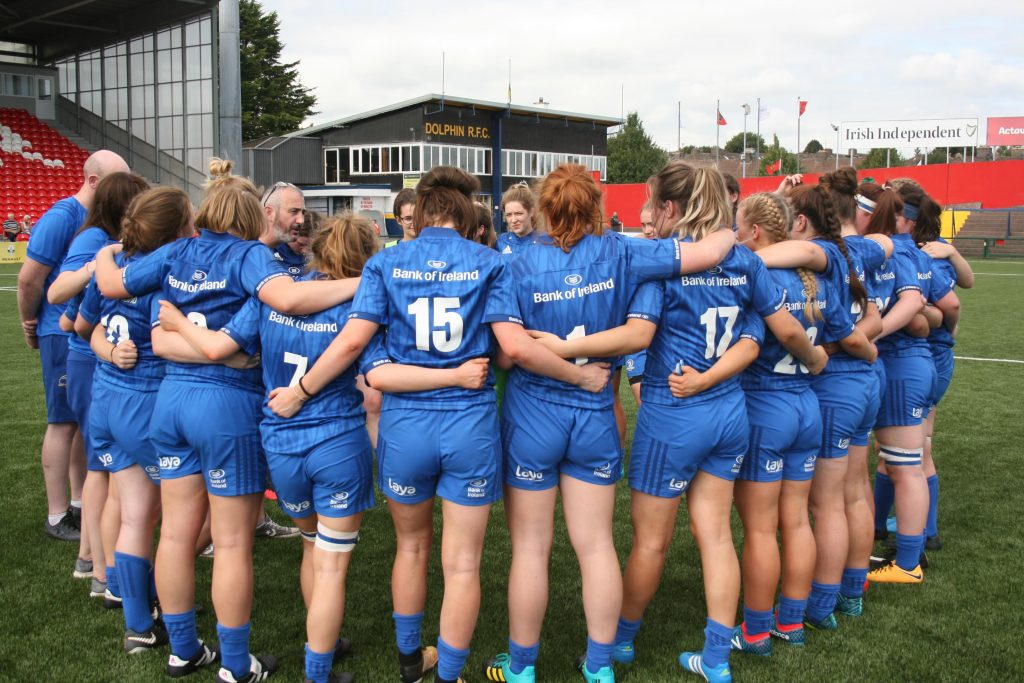 The Leinster U18 Girls will face Ulster away next Sunday, 9th September, in Portadown RFC, kicking off at 11.15am.