Leinster U18 Schools Draw with Munster in Interprovincial Championship 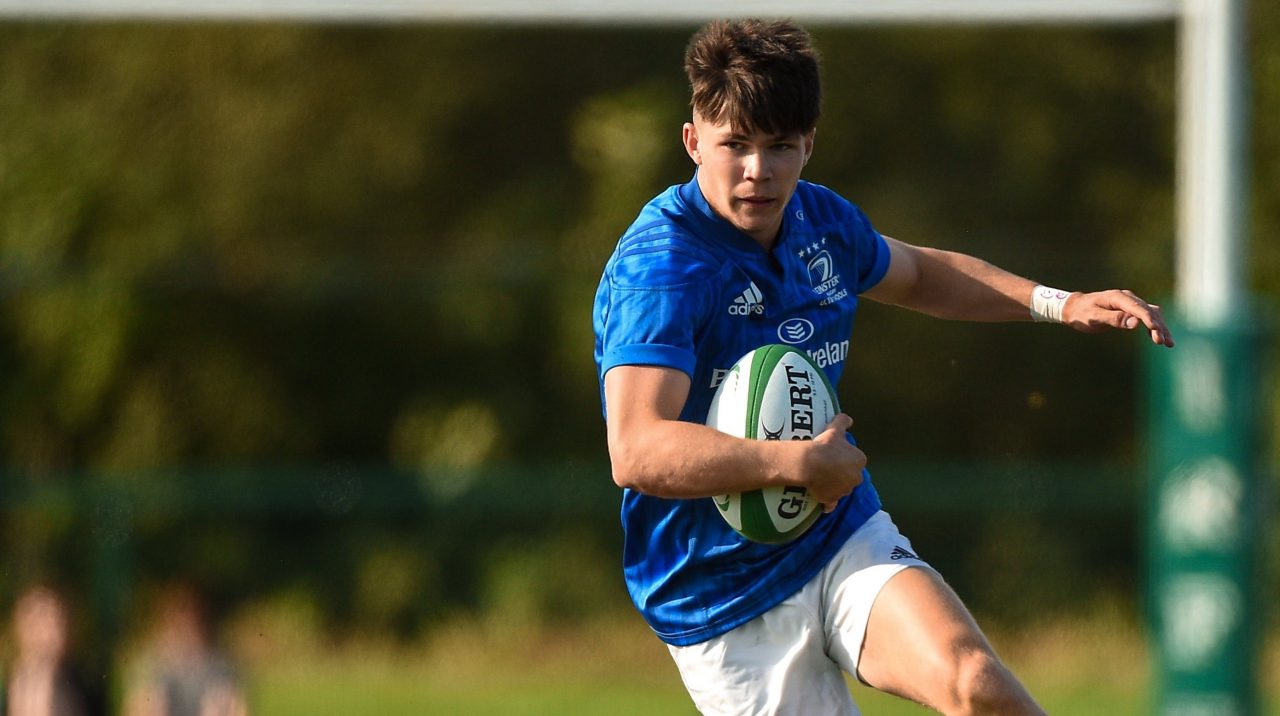 Leinster need to beat Ulster on Sunday after drawing with their hosts in the U18 Schools Interprovincial Series at University of Limerick yesterday.

Leinster went straight to their wide game and crisp passing almost put full-back Ed Kelly away. Munster countered with a subtle grubber from their out-half Cian Whooley which had to be cleaned up by wing Matt Grogan.

It all made for an exciting prospect at the end of the second day of the U18 Rugby Festival in which there was a discernible improvement in game standards. Munster benefited from three early penalties for centre Jack Delaney to hit the right post with his first shot at goal. 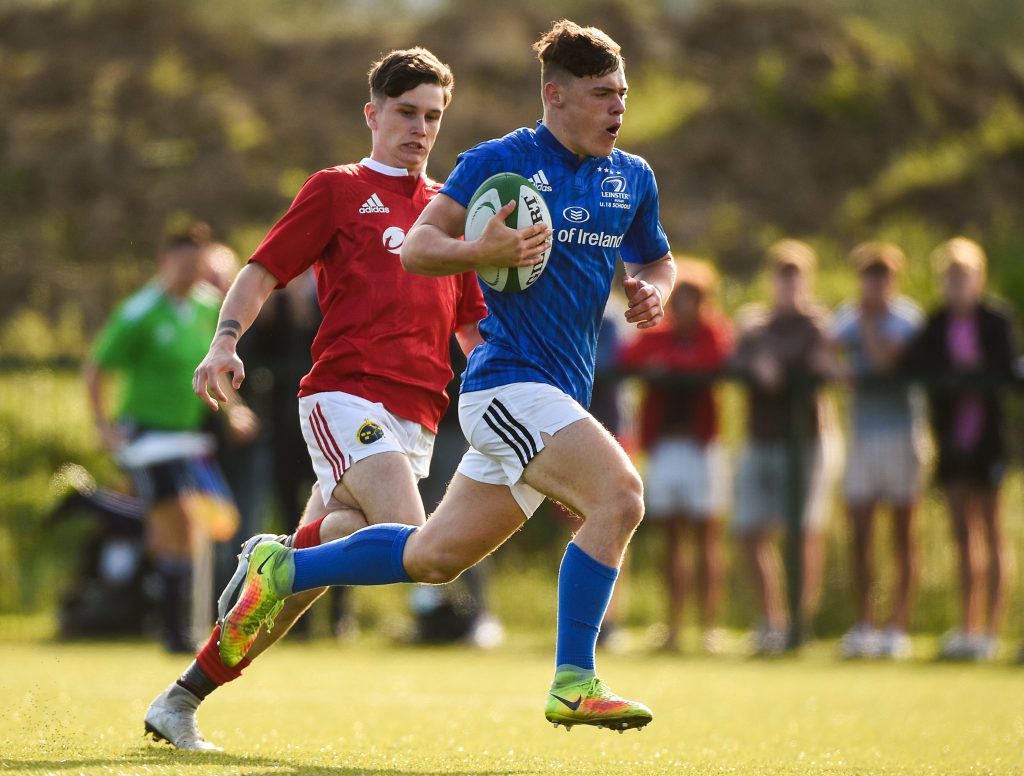 The home province was mixing the game well between the thrust of Delaney and the tactical kicking of Whooley. Leinster’s first real threat came from captain Sam Barry’s burst down the left without the support to keep Munster stretched.

There was not an inch given as Leinster prop Levi Vaughan worked hard and wing Matt Grogan scrapped to drag Killian Dineen into touch. When centre Justin Leonard’s left-handed pass put Barry clear on the right, the Munster defence was able to deal with Grogan.

The Blues were looking good again until they kicked the ball away with the dangerous Chris Cosgrave crying out for a chance to carry. Unfortunately, there was a long delay as prop Craig Finn was treated for an injury and withdrawn from the game. 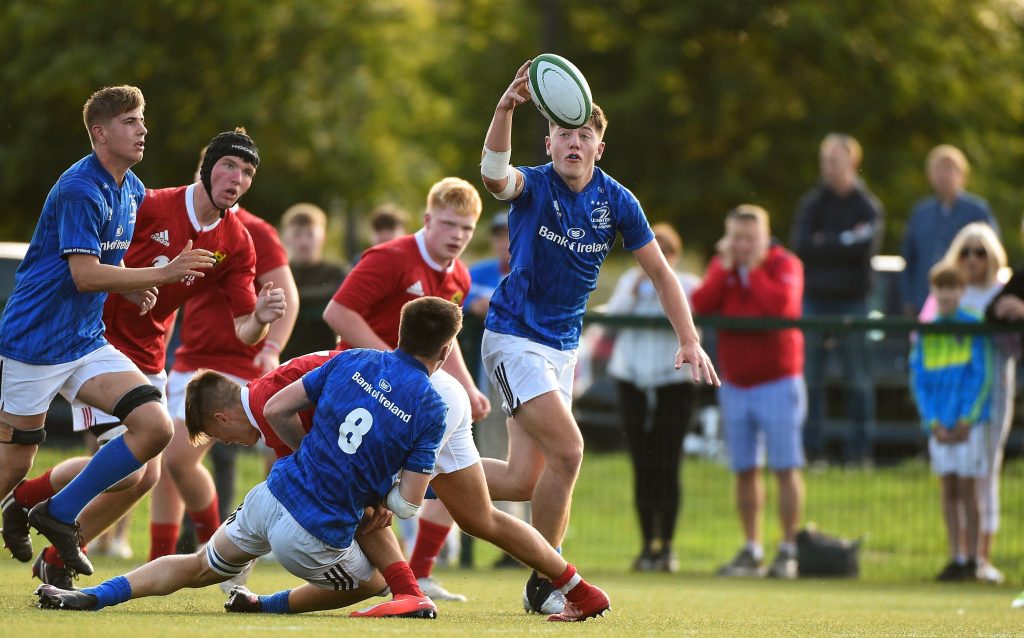 This led to a disconnect in play as Whooley miscued a clearance and Leinster fumbled two balls badly. The speed of left-wing Josh Pyper forced a high tackle and Cosgrave took on a difficult shot which sailed just left of the posts. Cosgrave almost took out that disappointment the next time the centre saw the ball by beating two defenders as the first-half ended scoreless.

It was no surprise when the breakthrough came from the pressure Leinster applied in the midfield, Pyper seizing on a spilled ball to fly to the sticks for Cosgrave’s conversion to make it 7-0 in the 40th minute. As is the way, Munster almost struck back straight away when Delaney was stopped in his tracks by full-back Ed Kelly. 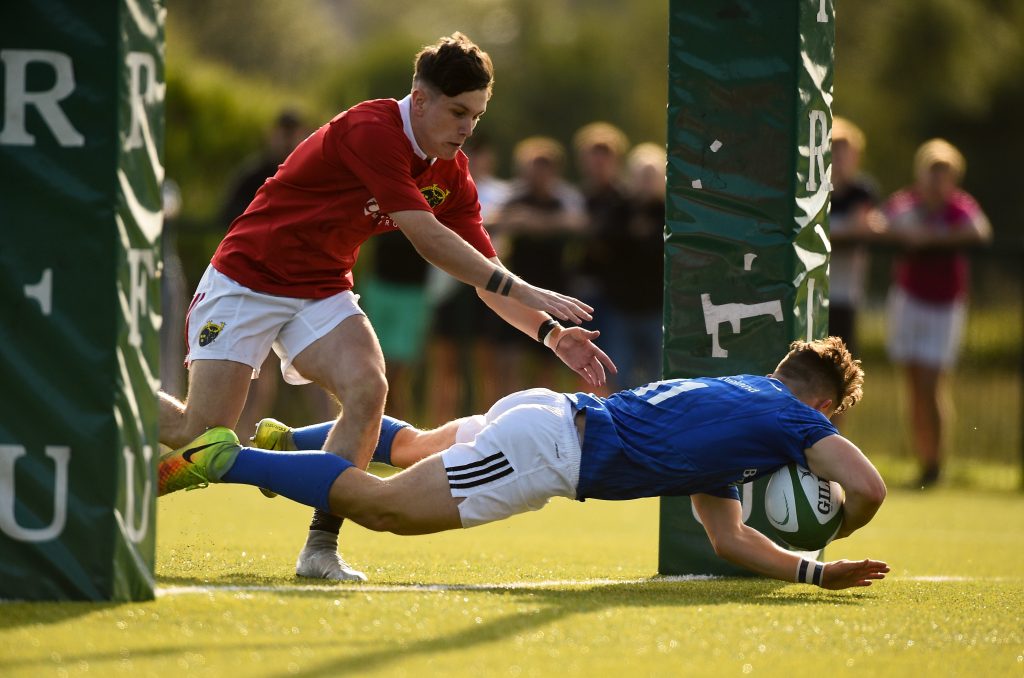 Munster number eight Danial Okeke was making an impact which required Grogan to win a turnover in retreat. Lock Alex Soroka twice got his hands to Munster lineout ball as the Reds started to turn the screw. They used Okeke as a decoy from a scrum to create enough room for centre Harry O’Riordan to knife over and for Delaney’s conversion to level it in the 57th minute.

It was anybody’s from then on as Leinster moved the ball without really carving out a golden opportunity and Munster relied on the counter by full-back Killian Dineen.

Leinster U18 Schools take on Ulster U18 Schools this Sunday, 26th August, in their third and final game of the series, kicking off at 3pm.  The Leinster side will need to secure a win against the Northern province if they are to win this year’s championship.