U18 Schools side to face IQ Rugby confirmed 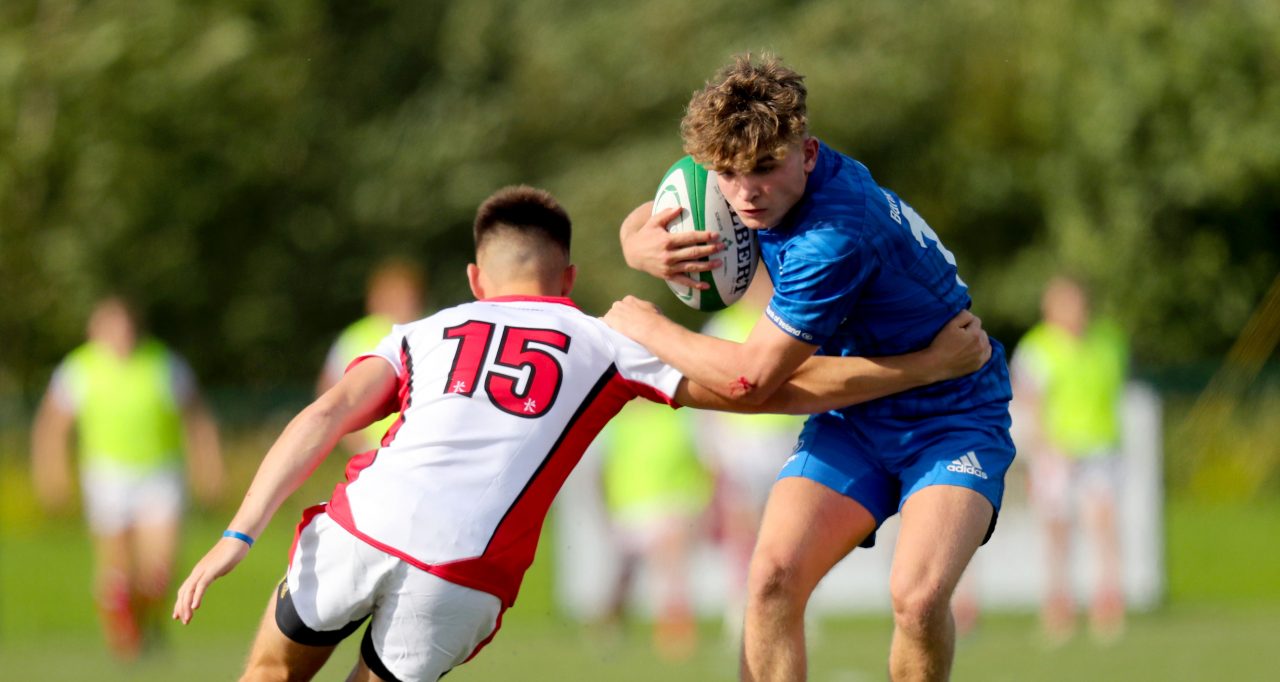 The Leinster U18 Schools team has been named ahead of their Interprovincial series meeting with IQ Rugby in UL tomorrow (KO 7pm).

Head Coach Andy Skehan has made several changes from the side that beat Ulster 34-13 on Saturday.

Jonathan Sargent and Scott Barron are introduced to the front row alongside Rory McGuire who picked up a brace of tries against Ulster while Mark Morrissey and Diarmuid Mangan maintain their partnership in the second row.

Stephen Woods is the lone survivor in the back row and he will be joined by Eoghan Rutledge and David Walsh.

Full-back Dylan O’Grady remains as the last line with Tom Henderson and Zach Harrison on the wings.

Hugo McWade has moved from inside centre to out-half with St Michael’s College’s Fintan Gunne partnering him.

His vacancy has been filled by Daniel Hawkshaw who is partnered in the centre by Lucas Berti Newman.