U19s aiming for strong start to Interpro series against Ulster 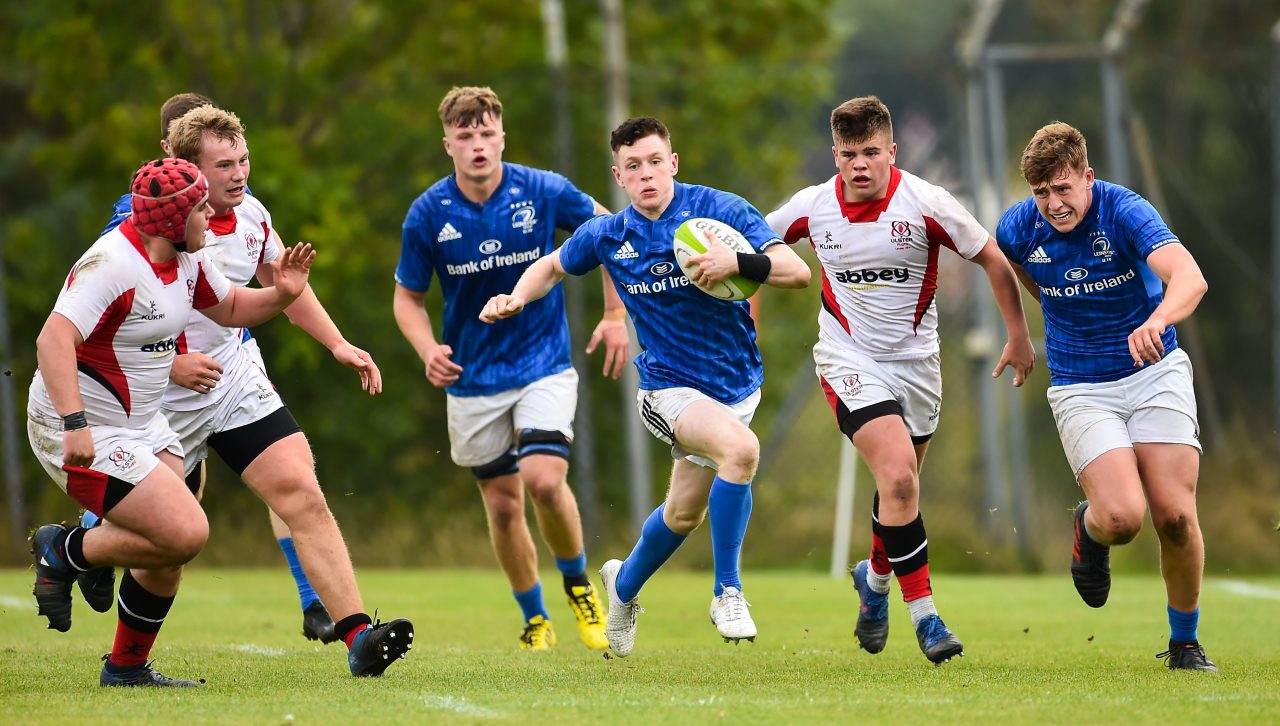 The Leinster Rugby U19s will begin their Interprovincial Series at home to Ulster in Energia Park on Saturday evening (KO7.45).

It comes as the third leg of a tripleheader following Leo Cullen’s first taste of pre-season rugby against Coventry (KO 3pm) and the Leinster Women’s’ Interprovincial opener against Connacht (KO 5.30pm).

For those who stay on, there will be a chance to witness the finest talent from Leinster and Ulster.

As many as 16 of the players from the Blues extended 37-member squad received their Leaving Certificate results this week.

The late nights of celebration contemplated by the general public were simply not an option in the week leading up to the first of three rounds in the savagely demanding stretch of just eight days.

“We are just back from England where we were due to play two matches to get ready for the Interpros,” said team manager Noel McKenna.

“In the first one, the decision was taken to play it over 4 quarters of 20 minutes each. It was a useful exercise against a good Gloucester side.

“Unfortunately, the second fixture of the trip against Exeter was not fulfilled due to a weather warning.”

This has left Leinster short of a gallop in preparation for Saturday’s opener and they will rely on the internal competition to have them on point.

Ulster will look to exploit this, even though they have had their problems in preparation too. They have been hindered by injuries and the pull of the Ireland 7s set-up.

Even so, there are a number of first-class operators like their captain Reuben Crothers on the openside, prop Oscar Egan and number eight Jack Gamble.

Leinster will look to get off to a good start with a blend of Schools and Clubs players, represented by Naas full-back Jamie Osbourne, Kilkenny out-half Tim Corkery and Boyne centre Karl Martin.

Saturday sees an action-packed day in Energia Park, with the U19s taking to the pitch after both the Men and Women’s sides.

Match tickets cover all three games and can be purchased in Spar, Donnybrook, or on the gate for €15 in the stand, €10 in the terrace and €5 for kids.