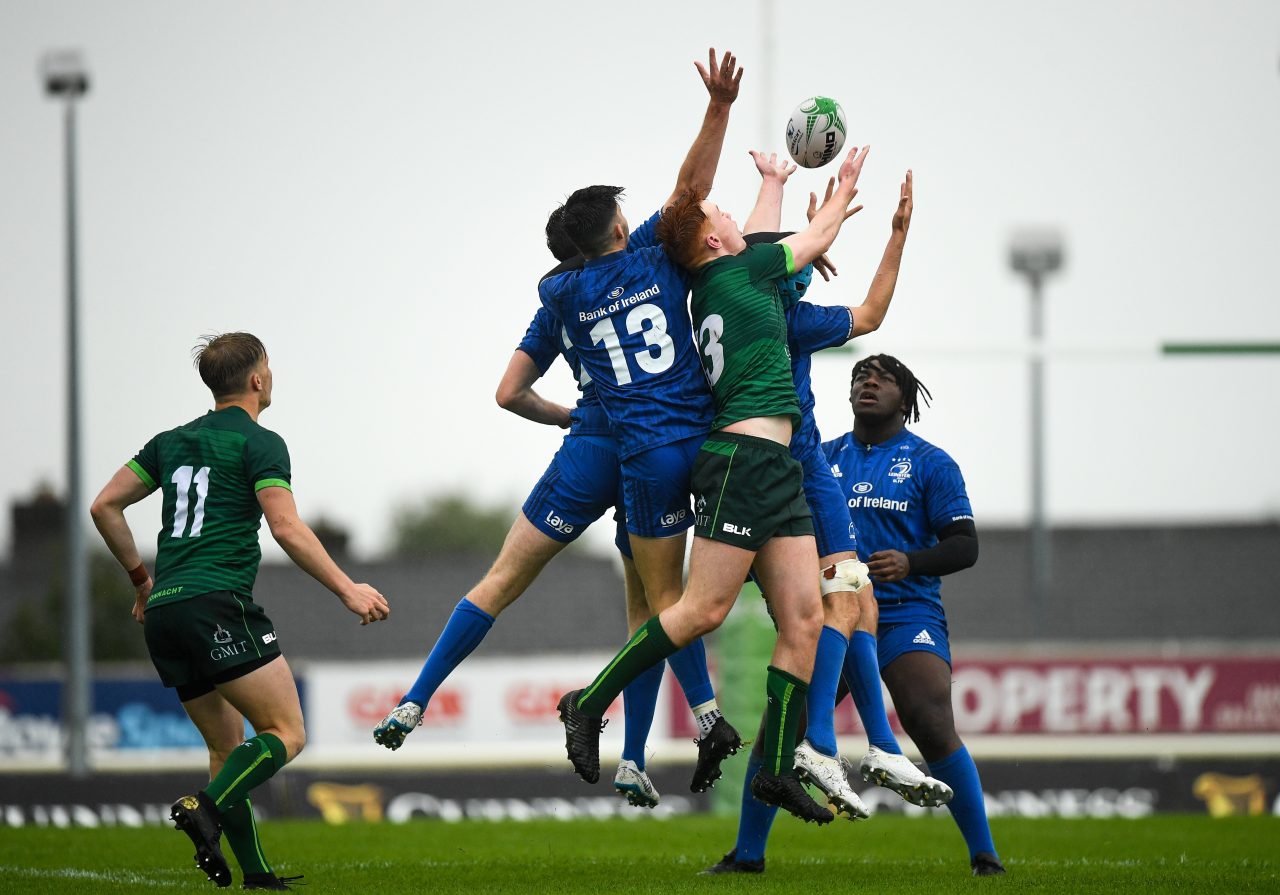 The Leinster Rugby U19s twice came from behind for centre Chris Cosgrave to forge a dramatic win over their hosts Connacht at The Sportsground on Wednesday afternoon.

The deplorable wind and rain made positive rugby a liability and the home side took advantage of the conditions to jump to a 7-0 lead from a converted Shane Jennings try in the fourth minute.

The surface quickly deteriorated into a battlefield as chances were rare and the recycling of the ball a challenge as Leinster prop Shane Connolly and number eight Will Hickey competed well.

There was even a Marcus Kiely break up the left and solid tactical kicking from Tim Corkery to keep Leinster in the hunt for points but without any reward before the break.

It was beginning to look dicey for the Blues as Connacht held the upper hand on the scoreboard for the best part of 15 second half minutes.

Then, finally, the visitors kept the ball to make ground up the middle where a Connacht knock-on made for a prime attacking position.

A sweetly contrived set play worked a treat for full-back Jamie Osborne to break a tackle and go over for Cosgrave to convert.

The scene was set for Leinster to take control until they were unable to move the ball out of their 22.

A mistake handed Connacht the chance to recover the lead and they made it a double-scores game with a Jennings’ second try in the 56th minute.

Leinster had it all to do, all over again, although they were aided by the impact of replacements Jack Coolican, Steven Walsh and Harry Colbert.

Gradually, the Blues began to get a grip on the game, out-half Corkery sniping through a gap and lock Alex Soroka driving home from close range for Cosgrave to level it up in the 61st minute.

From there, it turned into a pressure situation, Leinster keeping at it to force a penalty for Cosgrave to strike the winning points in the 66th minute.

“We are really proud of the lads,” said Team Manager Noel McKenna.

“They went behind twice in terrible conditions and they had every reason to throw in the towel.

“This is where their character came into it. They stuck at it, kept going, to get the reward in the end.”

They will now look to Sunday when they take on Munster Rugby at Maynooth University (KO 3.30) in their quest to complete the clean sweep.