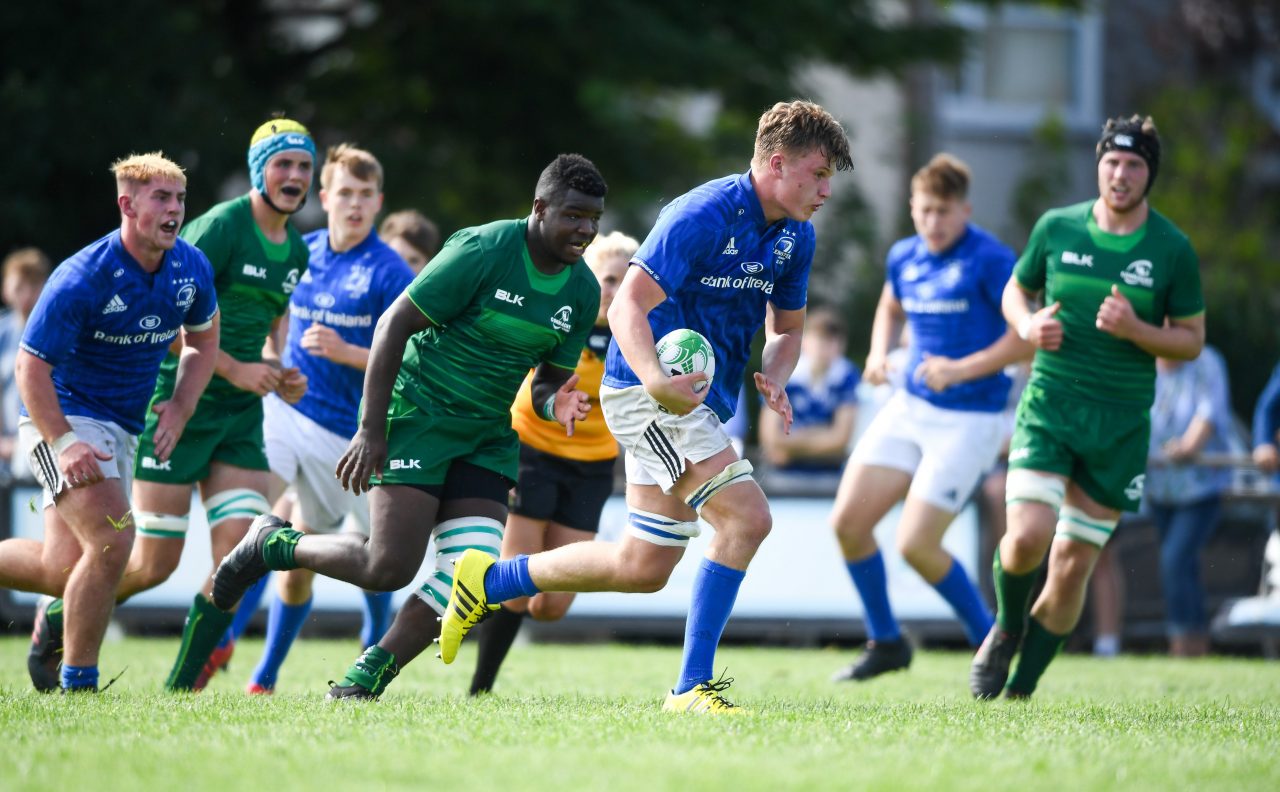 Leinster came away from Galway with all five points from a five tries-to-one victory in the U19 Interprovincial Championship at Galwegians RFC on Saturday.

It isn’t too often that Leinster raid the Western Province emphatically and they needed a positive opening quarter to confirm their fine form heading into the competition. The plan all along has been to develop a two-sided attack in which patience is almost always a virtue. 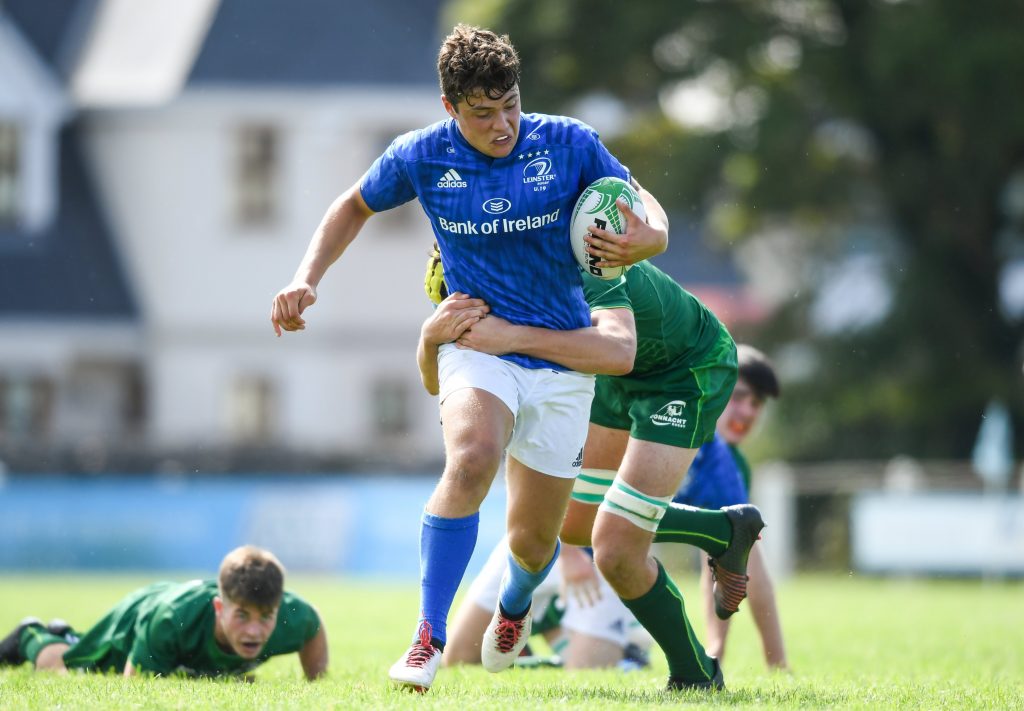 They activated their phase game and kept the ball well enough to create gaps here and there which second row Brian Deeney exploited from the 22-metre line for out-half David Fitzgibbon to convert for 7-0 in the fifth minute.

It was more of the same off the top of a lineout as they increased the lead when their carrying game moved menacingly onto the frontfoot for tight-head Charlie Ward to crash over from close range for Fitzgibbon to double the advantage in the 14th minute. 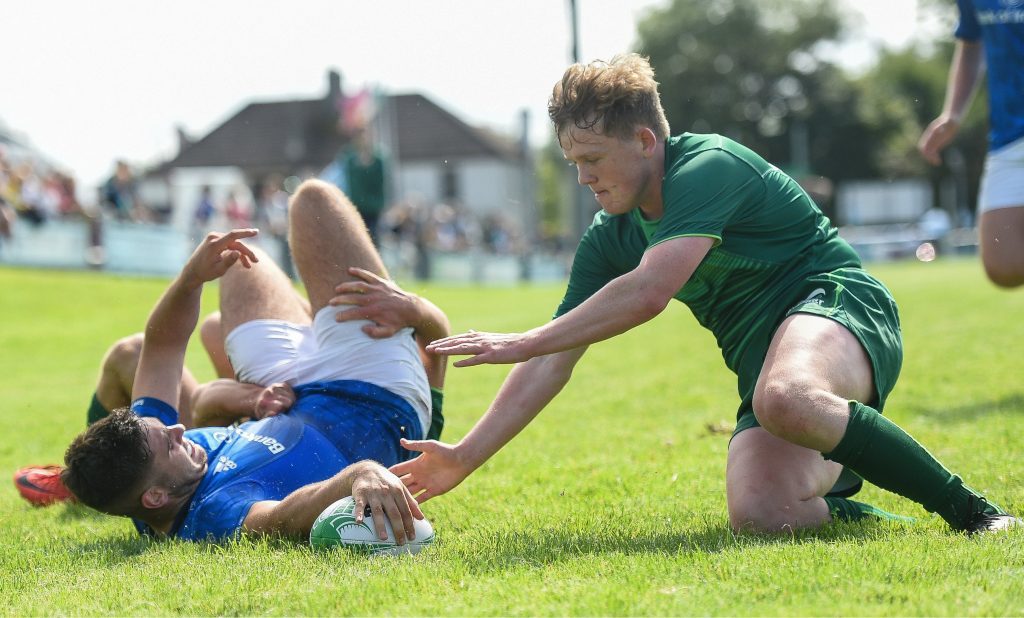 After that, Connacht began to find their rhythm to apply heavy pressure to the Leinster line for no less than a 10-minute period. It looked like the breakthrough had to come sooner or later before Leinster captain Anthony Ryan executed a superb turnover.

The home side toiled away without reward as their willing forwards could not crack open their guests before half-time. The sample of Connacht’s continuity showed they were far from out of their depth or, indeed, the game. They had to secure the next points to make a dent in Leinster’s confidence. 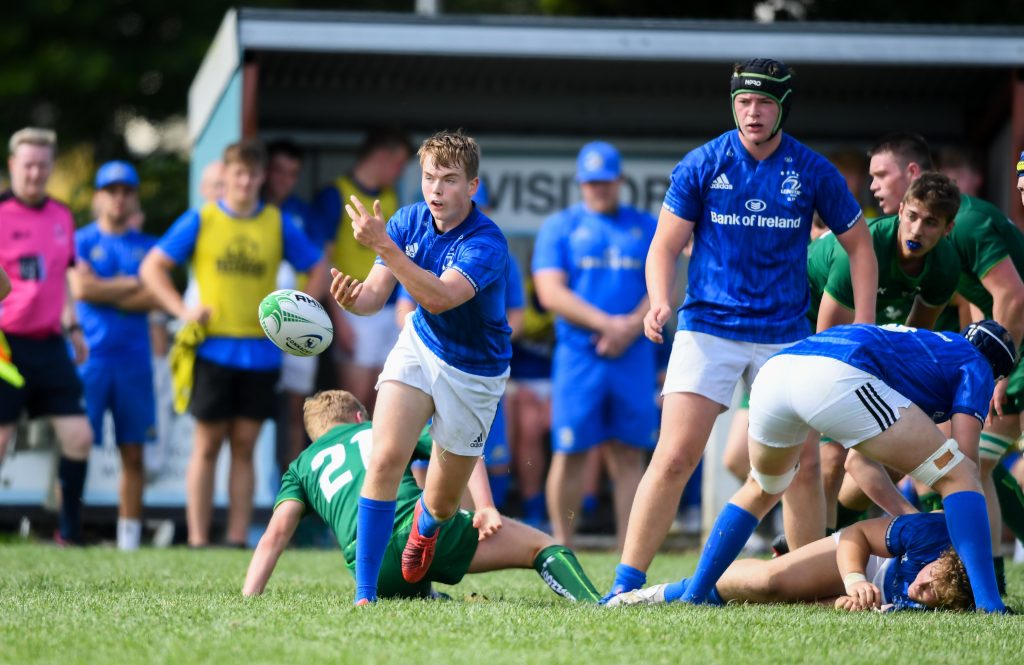 The cutting edge they were missing at the end of the second quarter appeared not long after the interval when they struck for seven points from full-back Oran McNulty’s incision and out-half Dylan Prendergast’s conversion to make it a one-score scenario.

It was game on and Leinster were the ones with the gears, ramping up the intensity of their game to construct a third try for their powerful number eight Ed Brennan, born out of wing Mark O’Brien’s break up the left for 19-7 in the 51st minute. 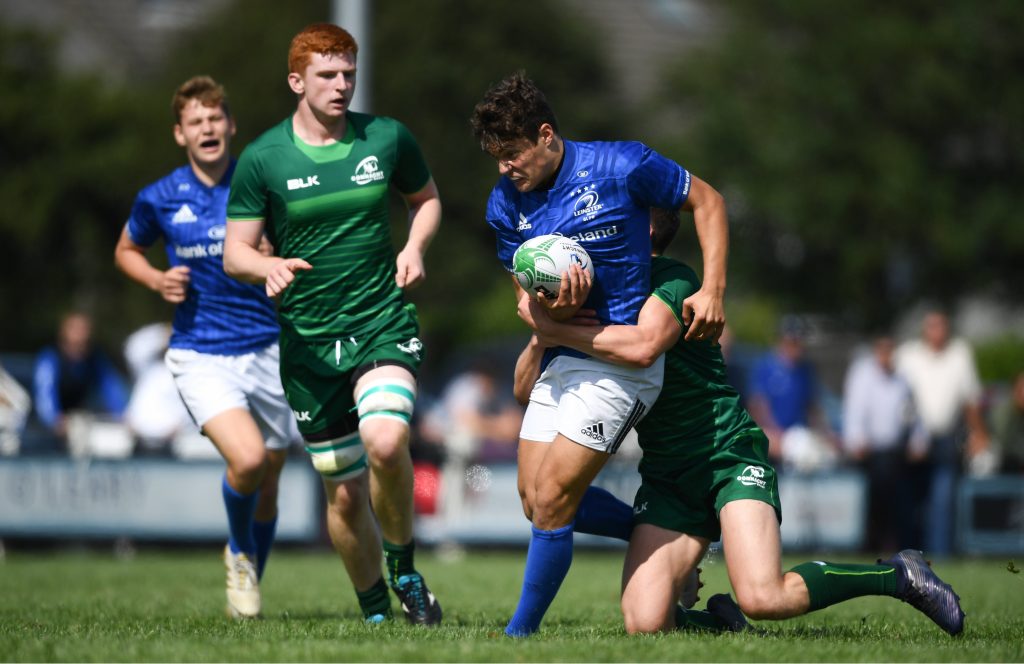 That body blow was built on when centre Luis Faria was prominent in the lead-up to Michael McGiff’s finish into the right corner. It was left to loose-head prop Marcus Hanan to put the cherry on top with the fifth try from a smartly worked lineout and sharp work by replacement scrum-half Jack Connolly, Fitzgibbon converting seven minute from time.

This puts Leinster on course for a showdown with Munster, who clipped Ulster 34-22 at Cork Institute of Technology, and that will take place at Energia Park next Saturday 8th September (KO 3pm).