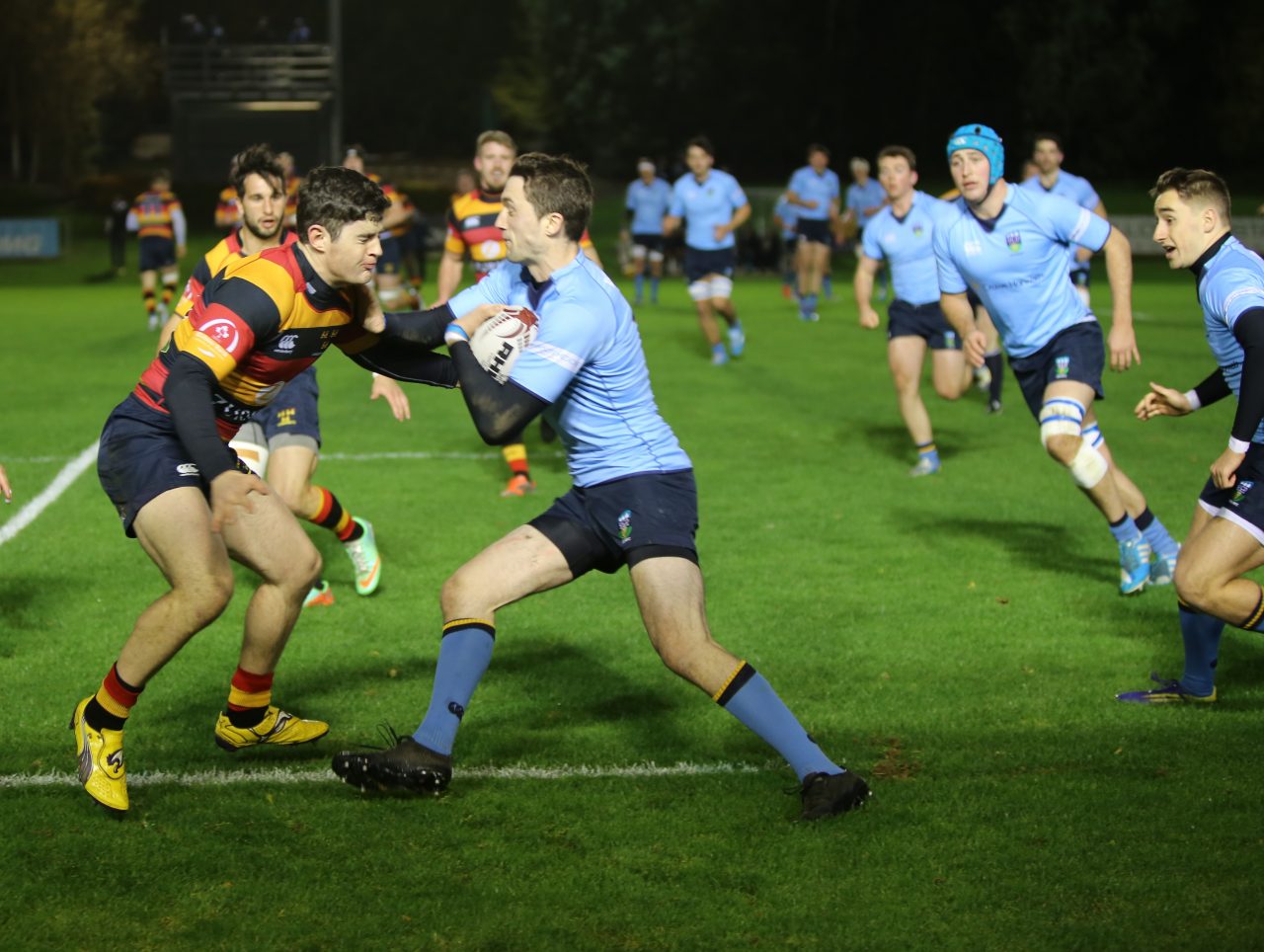 UCD advanced to their 3rd consecutive Bank of Ireland Leinster Senior League Cup final when they overcame Lansdowne at the UCD Bowl on Wednesday.

Despite the earlier heavy morning rain the pitch was in magnificent condition with the strong wind favouring Lansdowne in the first-half.

The early exchanges saw UCD repel a series of Lansdowne attacks and only a try-saving tackle from the impressive centre Conall Doherty 2 metres from the line prevented the visitors from taking the lead. Having successfully defended their line UCD then moved up-field and push-overs by the pack were deemed to have been twice held up. On the third occasion Tom Fletcher got the touchdown but Conall Doherty missed the difficult conversion into the strong wind. UCD stretched their lead 6 minutes later with a Conall Doherty try which he converted. Lansdowne then opened their account with a penalty before a midfield break from Barry Daly put Jamie Glynn through under the posts for a converted try to give UCD a 19-3 half-time lead.

Lansdowne opened the second half with crisp handling attacking play and would have been awarded a try but for the tackling of UCD prop Andy Porter who quickly got to his feet preventing the ball being played and won the penalty.

Further tries from Hugo Keenan and Jack Power emphasised UCD’s dominance in all facets of the game and put the home side further ahead before 2 late Lansdowne tries brought some respectability to the scoreboard. Conall Doherty added a late penalty for UCD to bring the full-time score to  .. UCD 37  Lansdowne 17.
UCD will play Old Belvedere in the final on Sunday, December 20th at Donnybrook