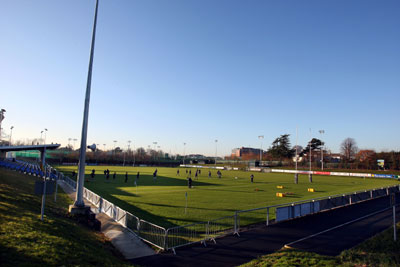 UCD RFC is Ireland’s leading university rugby club, marking its Centenary during this current season. Based on the Belfield Campus, which features world class training and playing facilities, the Club plays an important role in the life of the College. It caters for elite and social players, fielding seven teams per week. The Club operates an Academy for talented young players, many of whom play underage representative rugby for Leinster and Ireland. Players such as Brian O’Driscoll, Rob Kearney, Sean O’Brien, Fergus McFadden and Kevin McLaughlin have come through UCD. The ethos is to coach and develop rugby players in a holistic manner while they benefit from third and fourth level education. The emphasis is on ensuring that their involvement with the Club will be a positive, enjoyable and memorable feature of their years in College. The Club is strongly focussed on success at senior level and to attaining the highest possible ranking in the All Ireland League.

The Director of Rugby has responsibility for all rugby matters in the Club and all teams playing for the Club. This involves goal setting, planning and execution. The Director has responsibility for recruiting and retaining players, for recruiting, appointing and supporting teams’ coaches, management and medical personnel. The Director oversees all rugby administration. The Director also liaises with players on an on-going basis to ensure that they receive the requisite advice, direction and support for their rugby and their education. An appreciation of the unique nature and characteristics of a university club is required

Employed by the Club, the Director of Rugby is accountable to the Chairman of the Executive Committee. It is a full time position with a remuneration package suited to the importance of the role.

The Director must be experienced in coaching at a recognised high standard, be able to lead and motivate coaches and management and have a track record of success. The Club is seeking a person with drive, ambition and initiative to fill this important post.