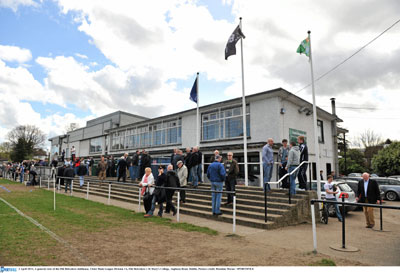 The Ulster Bank League is heading towards a thrilling conclusion this season and after the tense finish to the league programme, it was confirmed that both playoff semi finals will be broadcast live by RTE…

Irish club rugby will be placed firmly in the shop window with both games being played in prime afternoon slots on consecutive days over the weekend of April 16th-17th for the right to play in the Ulster Bank League Final.

The first semi final will see Old Belvedere play at home in Anglesea Road on Saturday, April 16th where they will host Clontarf. The winning team will become the unofficial Dublin and Leinster Champions and set up what will be another Munster v Leinster encounter in the Ulster Bank League Final.

The all Munster semi final is between 2011 Ulster Bank League table toppers and defending champions Cork Constitution who will renew cross city rivalries when they take on Limerick’s Young Munster on Sunday, April 17th.

Both games will be shown live on RTE 2 with a 2.35pm kick off time.