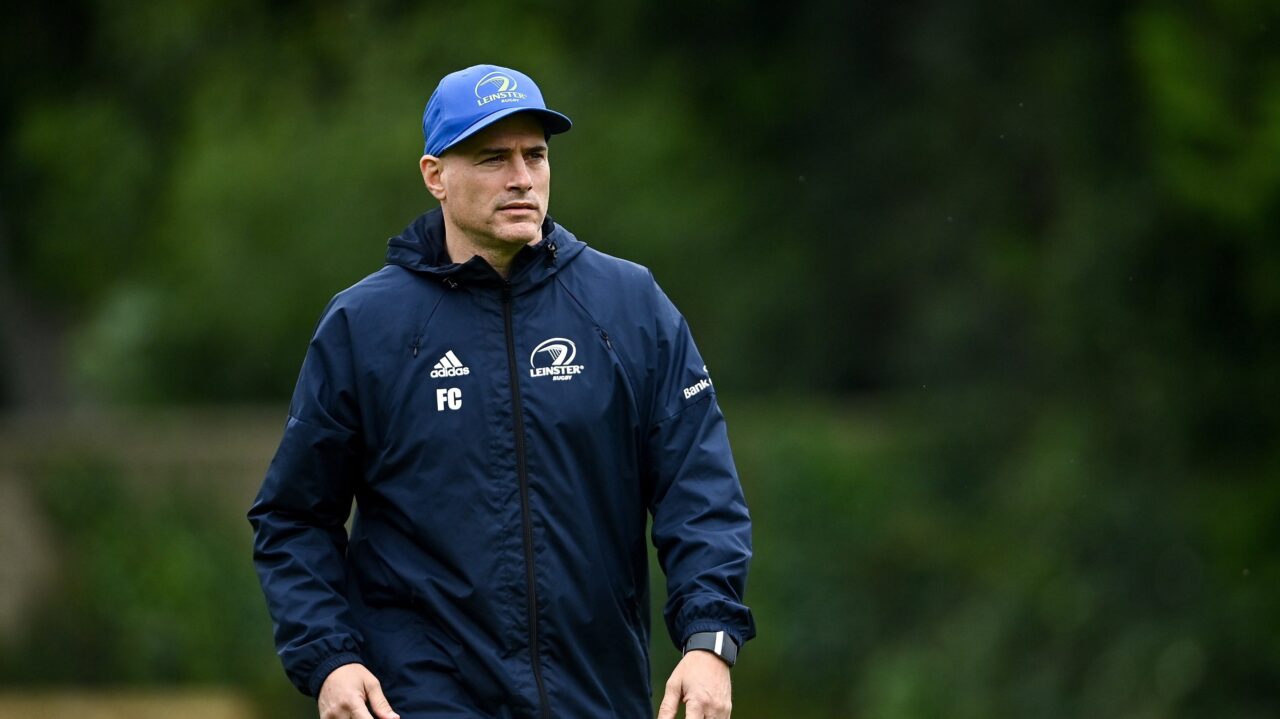 Backs coach Felipe Contepomi has issued a warning to the Leinster Rugby squad ahead of this Saturday’s Guinness PRO14 Final against Ulster.

Speaking to the media this week, Contepomi outlined how Ulster are a different team from the one that suffered a three-point defeat to Leinster in the 2019 Champions Cup quarter-final.

On that occasion, Ross Byrne’s late penalty sealed Leinster’s place in the semi-final but Contepomi reckons that this week will be closer again.

“I think that quarter-final was a hell of a game. They definitely are a much better team now even than they were that day.

“They’re a team that have been building up for the last two or three years. In my opinion, they are a very well-coached team with very good balance, they know exactly what they want,” Contepomi explained.

“They go for every inch and it will be a massive challenge for us. It’s great to have that challenge and all we can do is prepare the best we can to perform the best we can knowing that we have a very good side in front of us.”

The former out-half highlighted Ulster’s recent record in both PRO14 and European competition as an example of the strides made by the northern province.

Under Dan McFarland, Ulster have been regulars in the knockout phases of both tournaments.

“They are a skilful team, a powerful team, with punch going forward. They are a very complete team. It’s not like they’ve come from nowhere and suddenly they’re in the final.

“With Dan, you know you can expect them to be firing upfront, good scrum and maul. When you analyse them and scout them, it’s hard to find any real weaknesses, we know to beat them we’ll need to go for a full 80 minutes.

“I’m expecting a real big, big challenge for us and we need to step up one or two gears to win that game.”