Under-14 blitz in Colaiste Phobal, Roscrea… 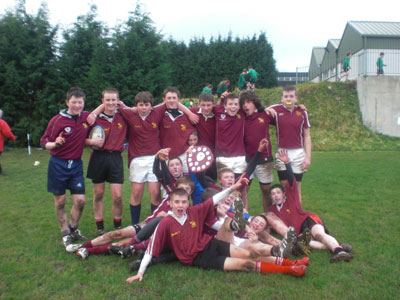 This was a great success for the Colaiste Phobal as last year we could not field 1 team, and on this trip 40 students travelled to make two teams.

After some keenly contested encounters Colaiste played some great games winning two games and drawing one, and eventually losing by a single try to the overall winners Waterpark. Colaiste Phobal went on to win the Plate beating Clonmel in the final.

A great effort was made by both teams and well done to all who participated and hopefully we can build on this success.