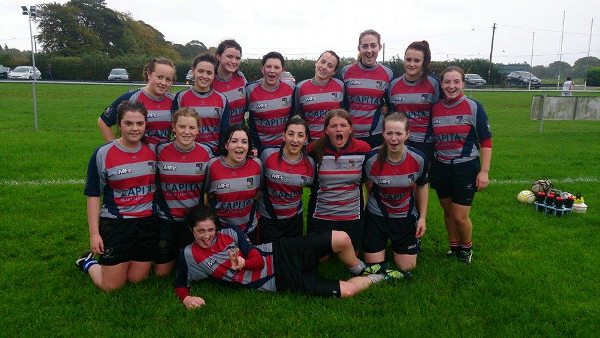 This was always going to be a low scoring game and Mullingar started well but lack of concentration saw them caught short out wide where we were too eager and an overlap was put away for the first try.

Wicklow missed the kick and girls did not lose concentration again. Back down Mullingar went where they applied allot of pressure for the rest of the half.The prolific, Niamh Byrne went over for a well-deserved try which really inspired her team mates. Ellen Tait stepped up and converted with ease. Mullingar could have had two more tries Siofra Molloy went over but was disallowed for an unlucky knock on just previously. A bit more savvy and or a penalty move would have had their opponents on toast that half. But that’s work for the coaches to rectify.

Now facing the wind with a 2 point lead, the girls had a very hard second half to face. Wicklow came and Mullingar responded all 16 really worked hard for every minute. As time went on Wicklow could not find away through this team defence and now Mullingar threatened to extend their lead. The willingness to carry and keep going at Wicklow was a
credit to each and every one added to the clever boot of Ellen Tait Wicklow were beaten. 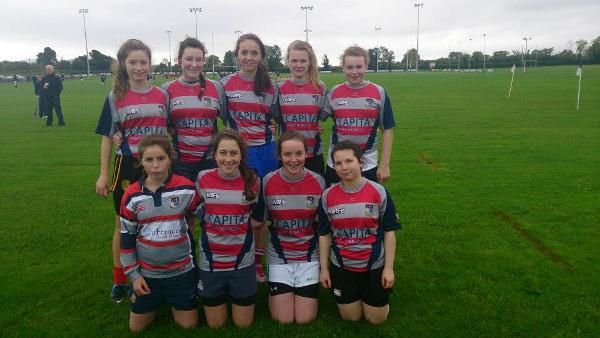 On a very wet and windy day in Mullingar the Under 15’s girls gathered together with smiles on their face and determination in their hearts to play against a strong U15s Wicklow side. The girls started off with a bang with captain Niamh Moore claiming the first try for Mullingar just minutes into the game. Next following in her captain’s footsteps, came newcomer Megan Dowdall sidestepping her way to score her first of many tries for Mullingar.

It was Megan’s first time playing in the second centre position but she showed she deserves her place as she raked in three more tries for Mullingar.

Under the cool direction of out-half Sofie Walsh, the Mullingar girls played their best game so far, coming together as a team and proving they deserve their spot on top of the league table. Tries when ran in one after the other with first time tries scored by winger Ciara Wynne and speedy scrum half Lucy Power. The ever powerful Eadoin Liddy made her presence felt on the pitch and charged through the Wicklow defence earning her a try also. Emily O’Rouke also made her presence felt showing that winning a game is not all about scoring tries as she done her job superbly making tackle after tackle and pulling down the Wicklow rucks at every opportunity stopping them at all costs.

Forwards Mathile, Coaimhe, Laoise, Ciara and Ericka also got behind Emily offering her support and charging forward with the ball making yard after yard towards the try-line. It was a very exciting game to watch but all though Wicklow didn’t give up they were no match for Mullingar Junior Ladies.