Under-18 Schools draw against a skilled Ulster side… 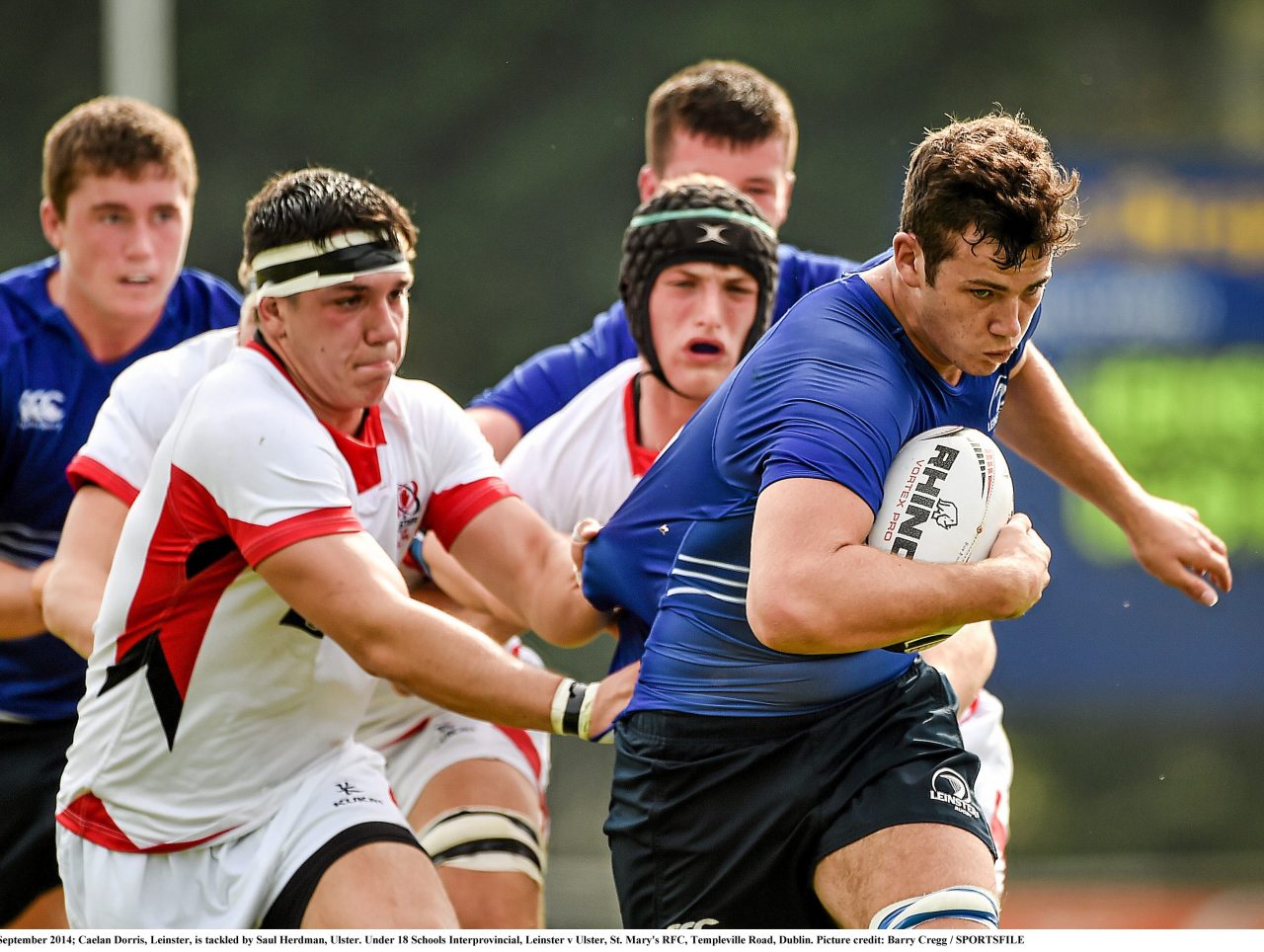 The Northern Province was hampered by the loss of Zach Jordan (broken leg), Jack Magee (shoulder) and Conor Field (hamstring) as they sought to build on a 53-0 whitewash of Connacht.

Munster had handed The Westerners a second successive defeat (24-3) on Wednesday to leave everyone, except Leinster, with a game under their belts. There was still no question of ring-rust from the home side as they had worked in three preparatory victories to put them in the right frame of body and mind.

Leinster began sharply with fly-half Conor Dean haring through a hole and centre Jack Kelly adding to the ground made before a stray hand prevented what looked like a try-scoring pass to scrum-half David Duggan.

The breakthrough wasn’t long in coming, tight-head Richard Mouatt getting the nudge on at a scrum to open up the field and Dean’s beautiful left-to-right pass sent wing Jordan Larmour through for the first try in the fourth minute. Captain Tim Foley easily converted.

Ulster were content to use one-out runners until their right wing Jack Howard popped up in the middle to create the extra man, left wing Robert Lyttle just tackled into touch by Kelly. 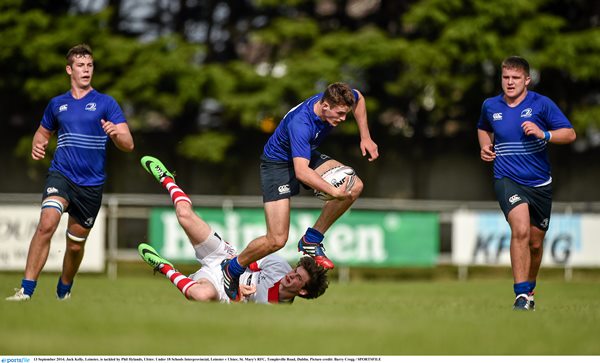 It was a sign of things to come, centre Conor Kelly straighten an attack and Ulster engineered the overlap again for full-back Phil Hylands to plunge over in the corner, Lyttle making the touchline conversion to level it up in the twelfth minute.

The visitors almost move into the lead when second row Marcus Rea was stopped short. Then, they forced a turnover by holding Leinster up in the maul for an attacking scrum. That come to nothing more than a penalty which they put into the corner.

Flanker Jonny McKeown took the ball in the air and another smooth movement concluded with Jack Howard showing up on the left to pile over for Lyttle to make it 14-7 in the 20th minute.

When Duggan was double-teamed at the back of a ruck, referee Karl Collins penalised the Ulster scavengers for not releasing in the tackle. Flanker Caelan Doris cleaned up a misfiring lineout for front-foot ball which Kelly’s physical carry turned into five points, Foley’s conversion glancing away from the left upright.

It took all of Foley and Kelly’s defensive understanding to sort out Howard as the line beckoned in what was quickly turning into a thriller. Duggan and Dean combined for thirty metres. Number eight Johnny Guy’s flick almost created an opening for Dean in the face of a stiffening Ulster defence.

A misdirected pass by Dean was picked up by wing Tim Carroll and his well-timed transfer gave Larmour room to manoeuvre before a cover tackle forced a high risk inside ball taken to the line by full-back Barry Goulding to see Leinster lead 17-14 at the interval.

Ulster did not look to change too much. They went back to their smart lineout play, mainly through lock Fergus Jemphrey and flanker McKeown, for possession, moving the ball right where Leinster did a better job of closing down space, at least temporarily.

The Northern boys seized on a loose lineout to get into the right area before big centre Rory Butler had the ball knocked out by Foley’s hit and loose-head Rory Mulvihill nicked the ball at a ruck to relieve pressure.

Loose forward Jonny Guy and Doris were prominent as Leinster threatened points without delivering them and the longer Ulster could stay close, the more nervous the home side would become.  Lyttle almost broke through, referee Collins spotting an obstruction. 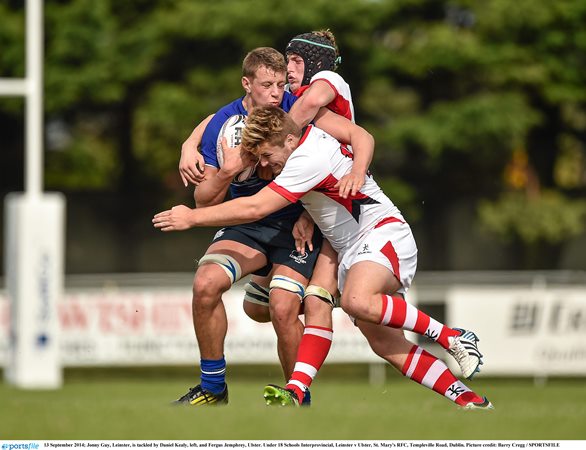 Then, Hylands scooted down the left, careering inside for his forwards to carry the fight. Leinster advanced up offside and Lyttle squared it from a penalty on the hour.

Ulster carried the greater threat from here without the composure to take full advantage. Dean’s stunning angled kick gave Leinster a breather. They just couldn’t keep the All Whites corralled. The dangerous Lyttle was hit hard by Kelly as the game went to the wire.

Replacement Joel McBride’s kick turned Larmour, the wing performing an act of escapology to set-up a counter. Centre Kelly moved with menace to force a penalty which Foley could not kick as the game ended up all square.