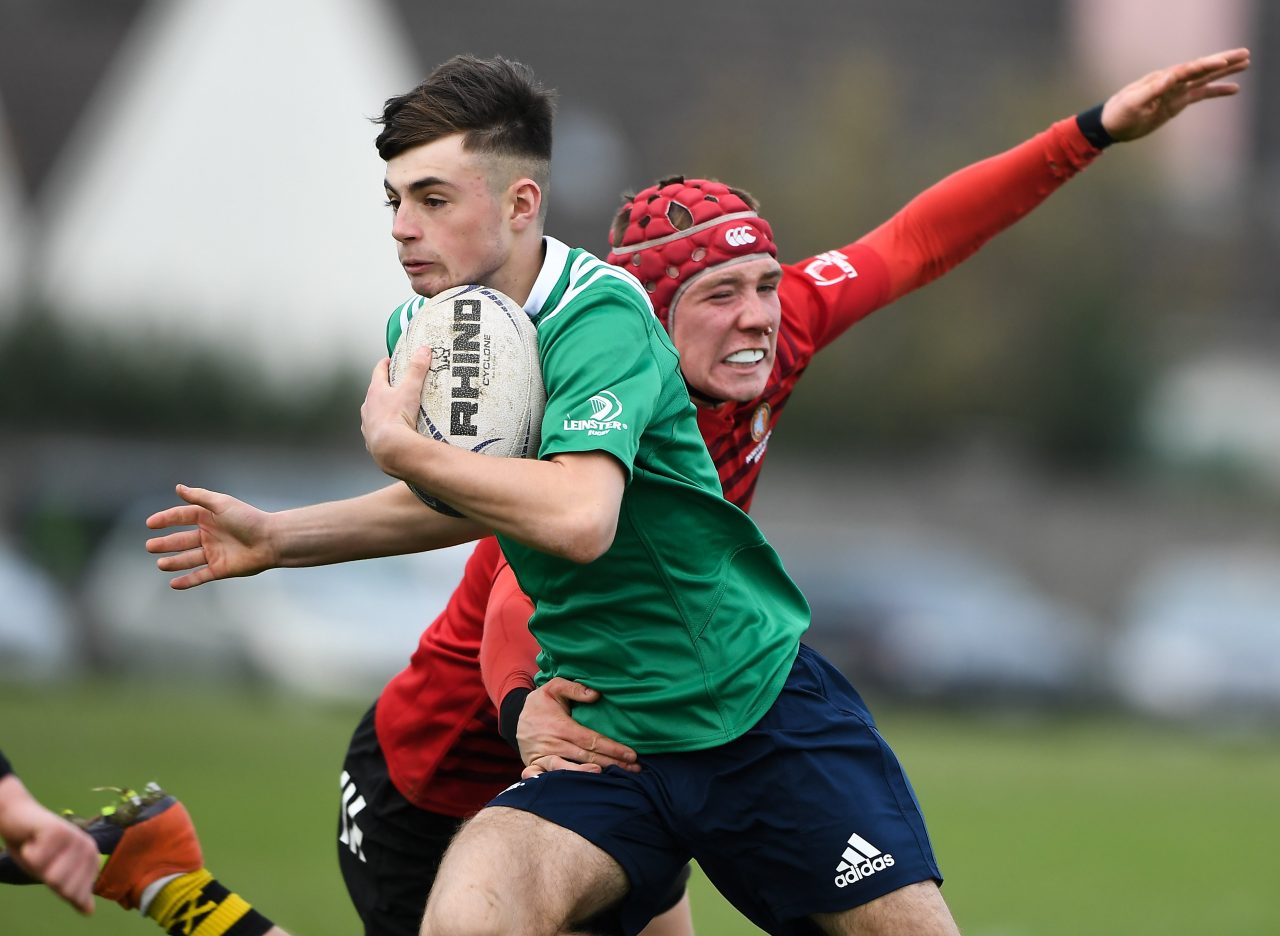 The second round of games in the Shane Horgan Cup took place yesterday at Tullamore Rugby Club with Metro defeating the Midlands and South East overcoming the North East.

Having lost their opening games Midlands and Metro were determined to get their first points on the table. Both sides displayed nerves in the opening quarter with several passes not going to hand.

Metro 29 Midlands 5
However, when Midlands were penalised for not releasing in the fifth minute, Taylor O’Sullivan converted. Midlands were then reduced to 14 midway through the half.

Metro took advantage of this numerical superiority taking a scrum close in. The ball was fed across the line to Alex Flynn who went over. O’Sullivan converted.

Midlands took the battle to their Metropolitan opponents, being repulsed on several occasions by some solid tackling particularly by David Donoghue and Simon Cunningham.

On the half hour mark, strong rucking by the Metro forwards saw Number 8 Anrai Poole break from inside his own half, taking the ball into the Midlands 22 before handing off the last two defenders to score wide on the right. O’Sullivan converted a difficult kick to make the score 22-0 at half-time. 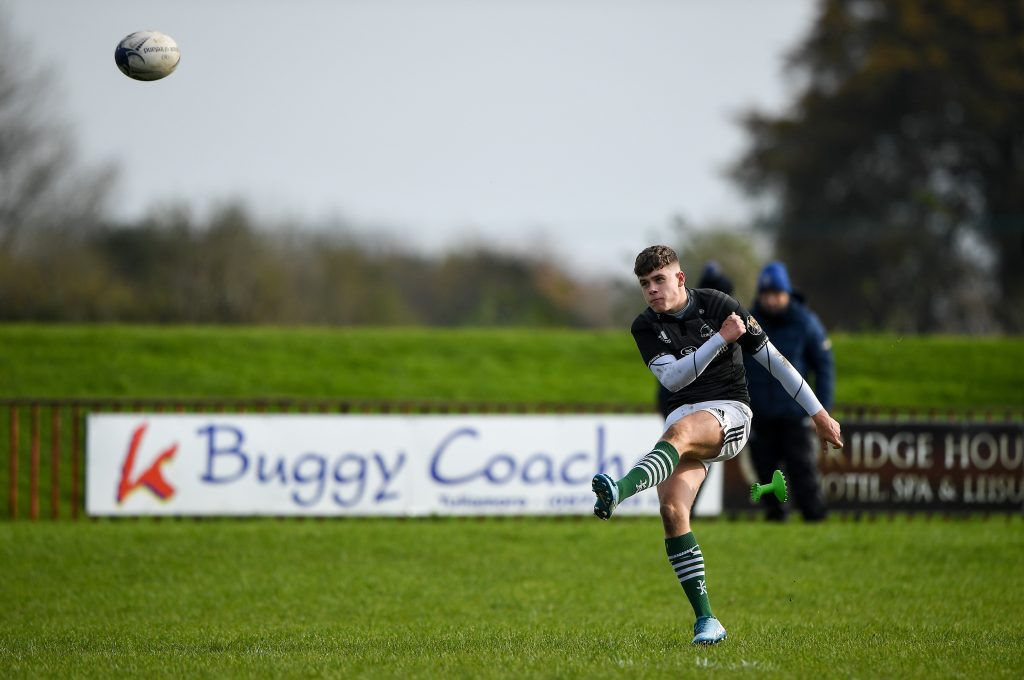 Directly from the restart Metro chased the kick off deep into the Midlands 22. The defence had not fully retreated when Barnhall prop and Metro Captain, Colin Byrne, took advantage of the pressure to score a try from close range. Again O’Sullivan added the extras.

Midlands started to make use of the diagonal wind to keep the ball deep in the Metro half and when they saw a Metro player sinbinned, they tried to force the issue but could not show it on the scoreboard.

Mullingar’s Ross Ashmore crashed over for a try off the back of a scrum to get them on the board late on and, despite further pressure from the home side they could not close the gap any more.

South East 24 North East 15
The second game saw first round winners the South East meet the North East who were having their first outing of the season.

This game was a lively affair form the off with the forwards testing each other. The more physical South East pack used their size successfully early on, however, the North East, on their first foray into enemy territory, won a penalty which was converted by Skerries Greg Mc Eneaney.

This generated more confidence for his side. Moving the ball away from the pack, they forced another penalty in the 18th minute and opted to go to the corner. From the resulting lineout the ball was initially held at the back of the scrum before being fed to Niall Andrews who crashed over wide on the left. The kick into a difficult wind rebounded off the upright. 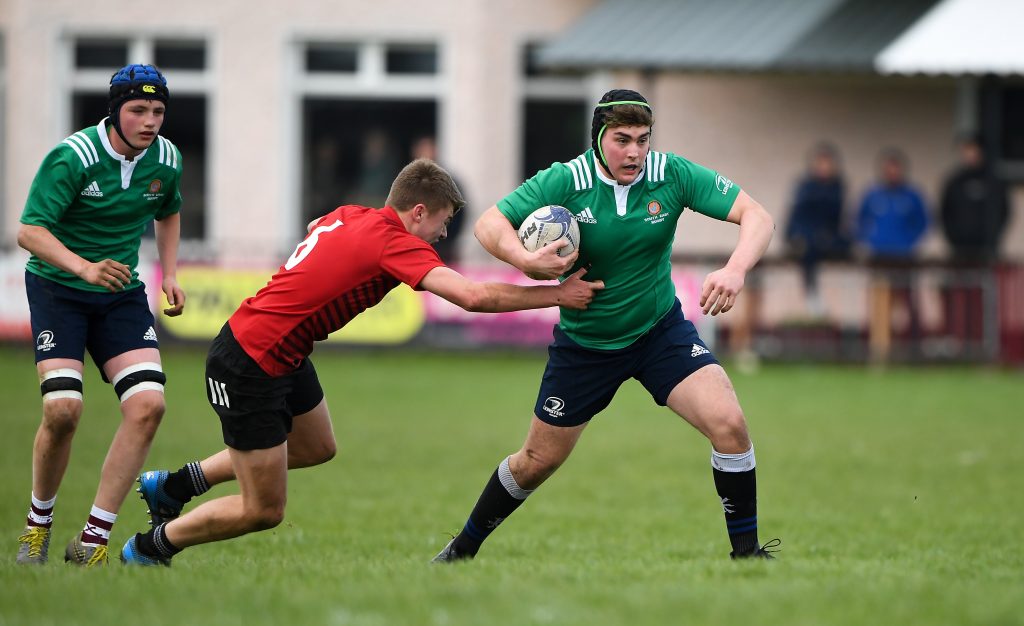 North East were caught cold by the restart and knocked on, gifting the South East territory immediately. After moving the ball across the field, the supporting forwards picked up the move and Liam Nicholson crossed the whitewash for another South East try which Adam Johnson converted.

The penalty count was rising for North East and it was from one of those that South East got their next try. Substitute Aaron Bolger scored off the back of a scrum to put them 24-8 to the good.

North Meath’s Oisin McDermott responded late on for the North East but they eventually fell to a 24-15 defeat.