Victory for Mullingar U-17s in the Culleton Cup 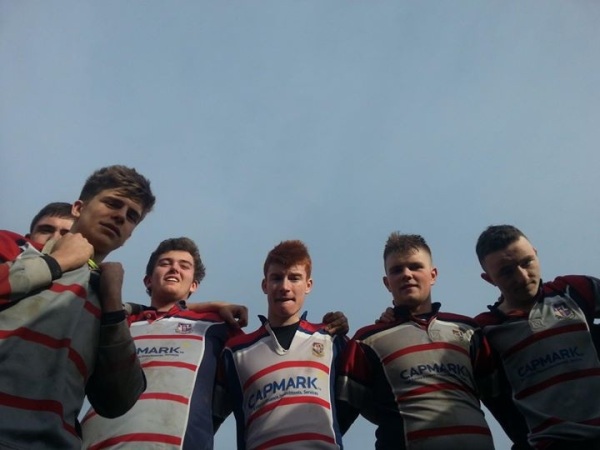 Despite the recent apocalyptic weather, Wexford RFC boasted an almost perfect playing surface for this first round cup encounter…

Mullingar received the kick off and immediately tore into their opponents with a mix of aggression and skill. It was apparent that recent work on the training ground had paid off by the quality of support play on show. Mullingar retained possession and made yardage through a number of phases before good handling sent Ben O Reilly crashing through the midfield.

He made about 30 metres and was hauled down in the 22. Conscious that he had outrun his support, the centre had the presence of mind to pop the ball up off the deck. Billy Flynn arrived in the nick of time to shift the ball deftly to Joe Hyland and he sent his winger Max Brennan flying over the try line. Sean O Brien struck a lovely conversion to make it 7-0 and first blood to Mullingar.

The next attack saw good hands from William Hayes and some hard yards from Cathal Craig and Conor Duncan down the left flank. The move slowed but Johnny Moran added impetus with a barn storming run.

Support arrived quickly and hit the ruck with intent. This gave quick ball and great hands fed Ben O Reilly to glide over near the posts.

Wexford responded by making a foray into mullingar territory but the defence held well thanks to hard graft by the abrasive Paul Rock. Captain Billy Flynn led by example throughout and threw himself into tackles on much larger players.

This inspired Mullingar and aggressive counter rucking caused a turnover. Sean O Brien kicked for field position. The visitors maul gained yards and Sean Loughlin carved out a few more. Then Joe Hyland cut a lovely line through the cover and when the ball was recycled, O Brien used a trademark shimmy and glided in for another fine team try. The half time score was 19 nil.

The second half saw wexford camped in the Mullingar half for ten minutes. They held their shape well until a missed tackle gifted Wexford a try. The Midlanders determinedly made their way into their opponents 22 after good work by Dylan Flanagan and Cashel Slevin.

A lack of support led to a turnover but the reliving kick was gobbled up by full back Luke Lenihan. Not for the first time, he counter attacked well and Ben O Reilly was in support. Ben glennon then carried strongly and a few phases later the ball was back in the hands of Lenihan who side stepped the cover to score. Mullingar then rotated their players around and the work rate was maintained until a late tap penalty secured a consolation try for Wexford.

This was a fine team display and more work at training can reap further rewards for this talented squad.

Even the inconvenience of a blown bus tyre failed to dampen the spirits of the Mullingar men as they headed up the N11 with a cup victory in the bag.

They will await their next opponents in the second round draw.