John Fogarty spoke to the media at Leinster Rugby HQ ahead of the Champions Cup match against Exeter Chiefs about the ‘extra edge’ the English side will have at Aviva Stadium on Saturday.

Leinster picked up a crucial win away to the English champions in a bruising contest at Sandy Park on Sunday.

Tries from Johnny Sexton and Jack Conan, plus a penalty from Sexton and five points from the boot of Isa Nacewa, secured the 8-18 win over Exeter.

While the victory over the Premiership leaders has put Leinster in a strong position in Pool 3, Fogarty is wary of a wounded Exeter coming to Aviva Stadium with a point to prove.

“We expect them to come well-prepared and maybe have an extra edge,” the scrum coach said. 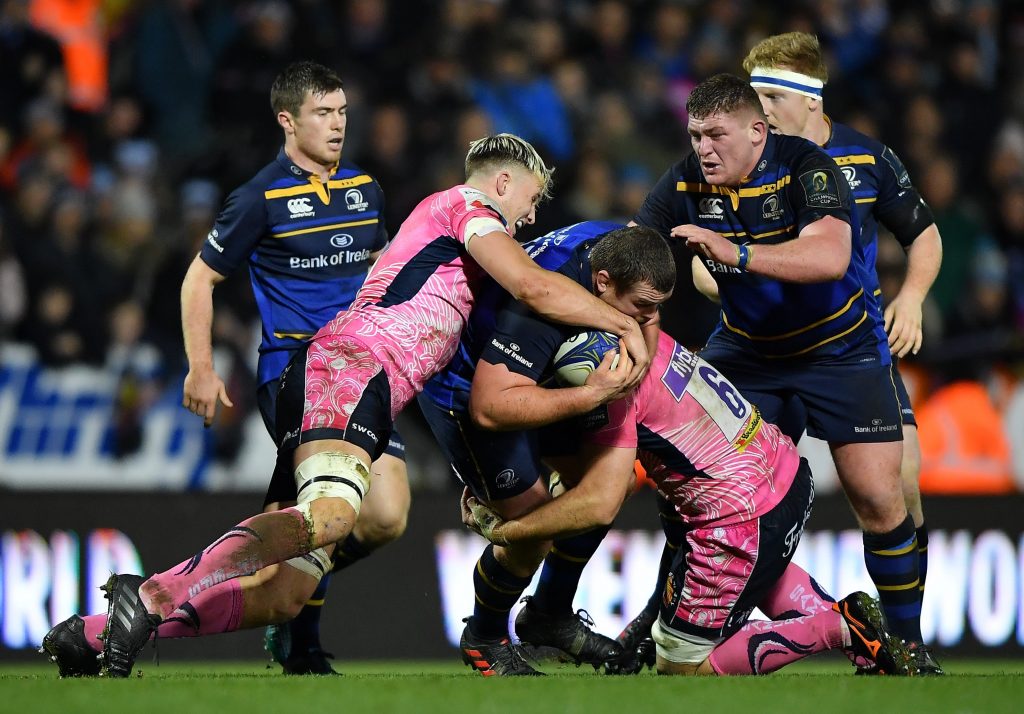 “You saw last year Bordeaux beat them in Sandy Park and they beat Bordeaux away from home. What haunts us a small bit is the Northampton games back-to-back a number of years ago (December 2013) when we did a job on them over there (7-40) and then came undone (9-18).”

Fogarty was keen to emphasise the importance of every pool fixture and picking up as many points as possible as this can have an effect on seeding in the knockout stages.

“The knock-on effect, the importance of being able to get through your games in the pool stages, win your home games obviously, take points away, the knock-on effect later on in the competition is enormous.”

A win this weekend would move Leinster up to at least 18 points in the pool with two games to go, but if the province are to take another step towards the knockout stages then Fogarty believes they will have to come out on the right side of another battle with the English champions.

“The type of team, the culture that Exeter have, the type of players that they are, they’re not going to be in any way phased about coming to the Aviva. We need to make sure that we’ve learned from the game and we’re preparing for what’s going to be a titanic battle again. Emotionally, physically, we have to be in the right place to get through the game.”

Join the roar at Aviva Stadium on Saturday! Tickets are available from €25/10.