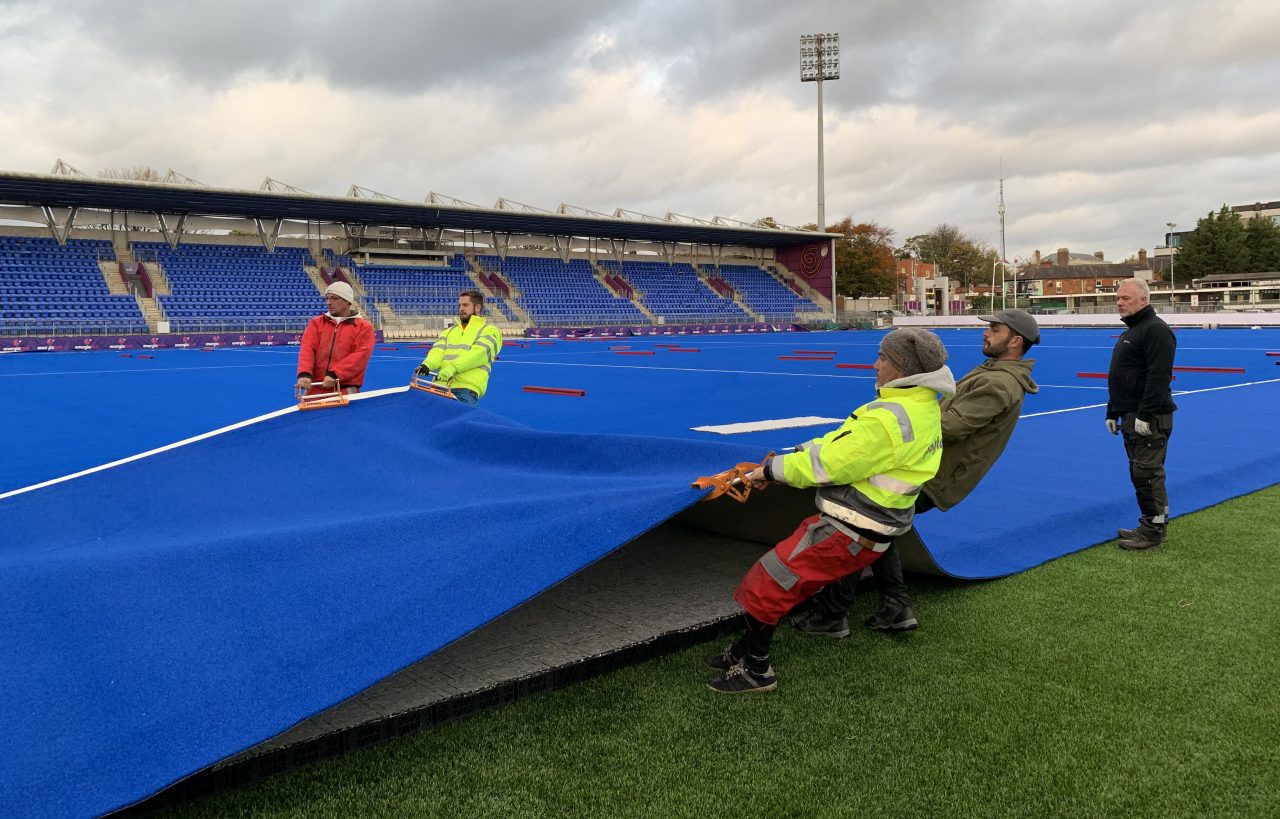 This weekend the Irish Women’s hockey team will take on Canada in the hopes of qualifying for the Olympic Games for the first time in history.

In preparation for the game, volunteers from all over Ireland have helped transform Energia Park, the original home of Leinster Rugby, into an Olympic-standard hockey pitch to host the event.

Developed with the latest pitch technology, this is only the second time in the world that an elite portable pitch system has been created to host an international hockey game, revolutionising the spectating profile of the sport. All of which was only made possible through the energy of volunteers coming together behind the scenes to make this home game possible.

The total transformation was constructed over five days through 100+ staff and volunteers, fitting 24,500 floor panels, with 45,500 clips and laying 6,325m2 of artificial turf.

Speaking on the pitch transformation, Marketing Acquisitions and Sponsorship Manager at Energia, Amy O’Shaughnessy said, “We are thrilled to be showcasing how Energia Park has the capability to support other major events in Dublin. The support from so many volunteers and governing bodies to make this transformation possible to ensure the Women’s Hockey team can play a home Olympic qualifier to a full stadium has been phenomenal to see.”

This new and innovative concept of an over-lay pitch was created by Big Stadium Hockey and involves the pitch being constructed in three separate levels, including a breathable base layer to protect the underneath surface, shock pad layer which is put together like jigsaw pieces and is finished with a top layer made of the same sustainable overlay turf carpet, a Polytan poligras Tokyo G T, being used at the Tokyo Olympics 2020. 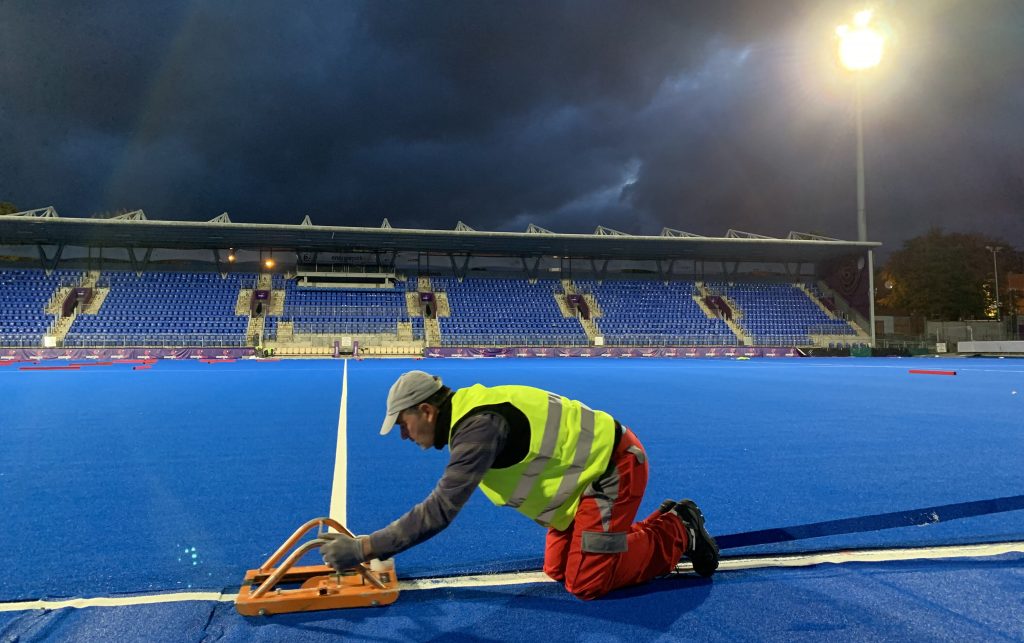 CEO of Hockey Ireland, Jerome Pels said, “We did a huge amount of research into whether this pitch transformation would be possible in Dublin and where the ideal location would be to get a full home crowd supporting the team. With a capacity of over 6,000 and lighting equipped for TV broadcast, Energia Park is an ideal venue to host the biggest home game to date.”

The event’s popularity was highlighted when weekend passes sold out in a record 90 minutes. Remaining tickets to the Women’s Olympic qualifier can be purchased here.

Energia is the title sponsor of Energia Park and is committed to helping clubs reach their sustainability goals within their local communities.