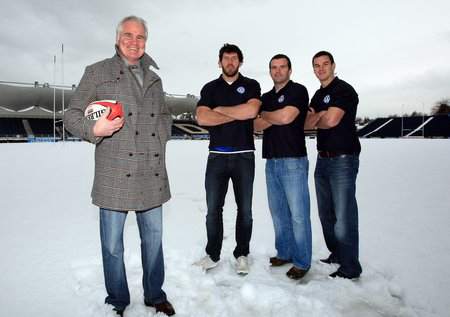 Volkswagen has announced it is to sponsor RTE’s coverage of this season’s Magners League rugby competition across RTE Television, RTE Radio 1 and RTE.ie, throughout the 22 weekends of the tournament…

The 10th season of the tournament sees the Magners League expanded to four nations as Italy joins Ireland, Scotland and Wales in a 12-team cross-border competition with two new Italian super sides, Benetton Treviso and Aironi Rugby, joining the fray.

The sponsorship further enhances Volkswagen’s emerging status in the Irish rugby scene, with the car brand sponsoring several players and also joining forces with Leinster Rugby in 2009 to become the Official Car Partner of the Leinster Team.

Adam Chamberlain, Head of Sales and Marketing for Volkswagen commented, “The sponsorship of the Magners League coverage on RTÉ demonstrates Volkswagen’s ambition to increase its involvement in Irish Rugby as part of its overall marketing strategy. Rugby continues to flourish in this country and it is an extremely good fit for Volkswagen. The Magners League is a fantastic competition that has provided Irish audiences and players with some fantastic moments over the past few years and we look forward to some great matches on RTÉ this season.”

Geraldine O’Leary – Commercial Director RTÉ TV added: “Offering cut-through across all platforms under one brand is RTÉ’s unique offering to the market. Magners League rugby has arrived on terrestrial free-to-air television for the first time in four years and Volkswagen has secured powerful association with Magners League across all of RTÉ’s market-leading platforms- RTÉ Television, RTÉ Radio and RTÉ.ie. This partnership is a great endorsement of RTÉ Sport’s output and its powerful audience reach and we’re delighted to welcome Volkswagen on board”.