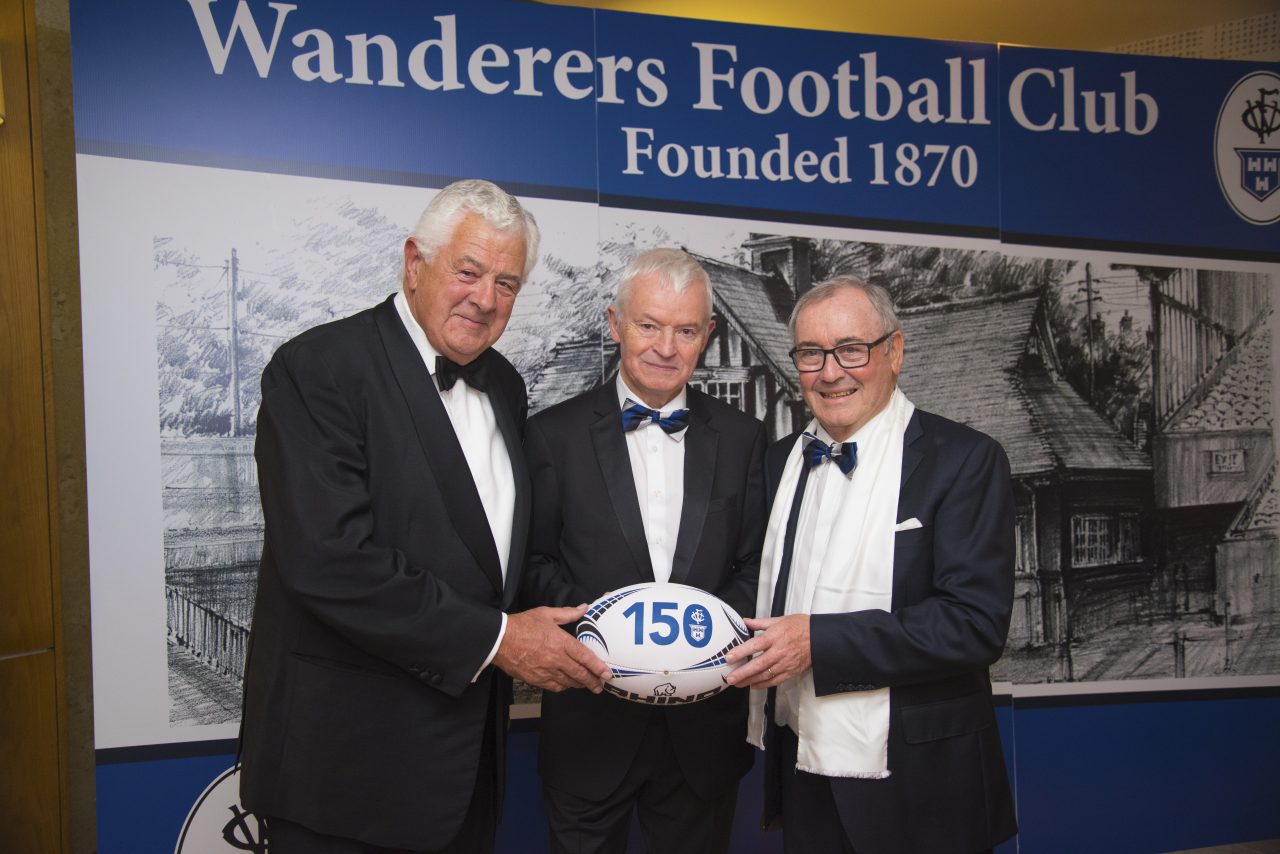 A huge attendance of 980 people recently celebrated the 150th Anniversary of Wanderers FC at a formal function.

Wanderers FC 150th Committee Chairman Michael McLoughlin welcomed all, many of whom had travelled from abroad.

In all, Wanderers FC has contributed over 87 Irish, four English and four Australian internationals and nine British & Irish Lions.

Guest of Honour and former Ireland head coach Joe Schmidt spoke fondly about the club game and its importance in Ireland, New Zealand and worldwide.

From its humble beginnings in 1869/70 as ‘oppo’ to Trinity, with grounds in the Herbert Park area and hospitality in the Old Stand and Davy Byrne’s, Wanderers then moved to Lansdowne Road and a clubhouse in 25 South Frederick Street (no rugby clubs then had bars!). The move to additional grounds in Merrion Road took place originally in 1951 while the existing clubhouse opened in the 1972/73 season.

Plans for the development of a new clubhouse and facilities at Merrion Road next year are afoot but ‘the Chaps’ and their families and friends certainly celebrated the 1870 formation of Wanderers FC, Leinster’s second oldest club. Dublin University FC, formed in 1854, being the oldest. Special ‘150th Anniversary’ men’s and women’s rugby games between the two oldest clubs took place here in Aviva Stadium last September.

Wanderers FC are competing at the top of Division 2B in the Energia All-Ireland League, the Women’s side were recently promoted to Division 3 of the Leinster League and there are vibrant youth and mini-rugby sections.

The warm Wanderers welcome is renowned worldwide coming as it does from club members and Denis Murphy and his team in the Wanderers Clubhouse at the Aviva or from Fergus Moriarty and his staff, ‘the most welcoming on the planet’, at Merrion Road ! Here’s to the next 150 Years!