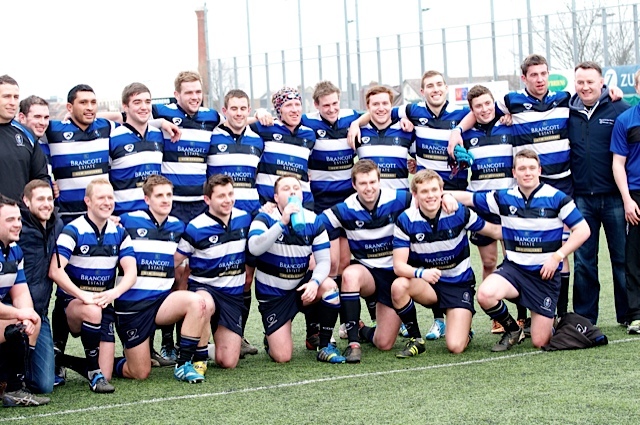 A roller-coaster season left the side going in to the last game needing a win to clinch the title.

A clinical first half display laid the ground work for completion of the job and David O’Connor lead the team for the second successive season to the trophy. David thanked the squad, coaches and management for their season long effort and said there would be no let-up with the upcoming cup competition.

Leinster Branch Vice President Robert McDermott was on hand to present the trophy.