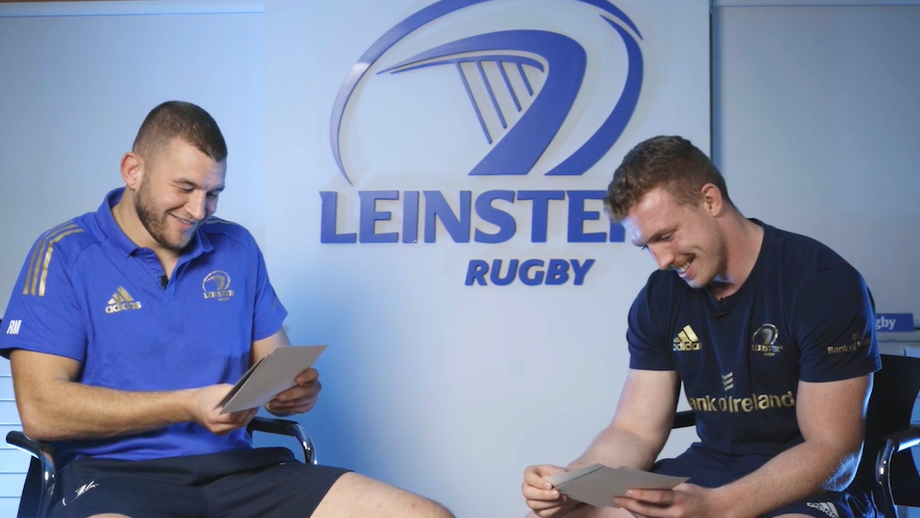 Ahead of Leinster Rugby’s Champions Cup opener this weekend against Bath at Aviva Stadium, current Leinster Rugby players, Dan Leavy and Ross Molony sat down to look back at recent games played against the Premiership side.

Tickets for this weekend’s fixture can be bought here.

The first game that the players reflect on was the 2016 fixture that took place at the RDS Arena.

The second game that Leavy and Molony look back on was the first of our back-to-back games against Bath in 2018 which took place at the Rec.

A breakaway Jordan Larmour try was the difference on a day where Leavy says the Leinster travelling support played their part in an incredibly tough game.

One week later, Leinster faced Bath once again, this time at Aviva Stadium.

Leavy and Molony go into detail about what makes a Christmas fixture in front of such a huge crowd special. They also explain the small differences between Aviva Stadium and the RDS Arena.