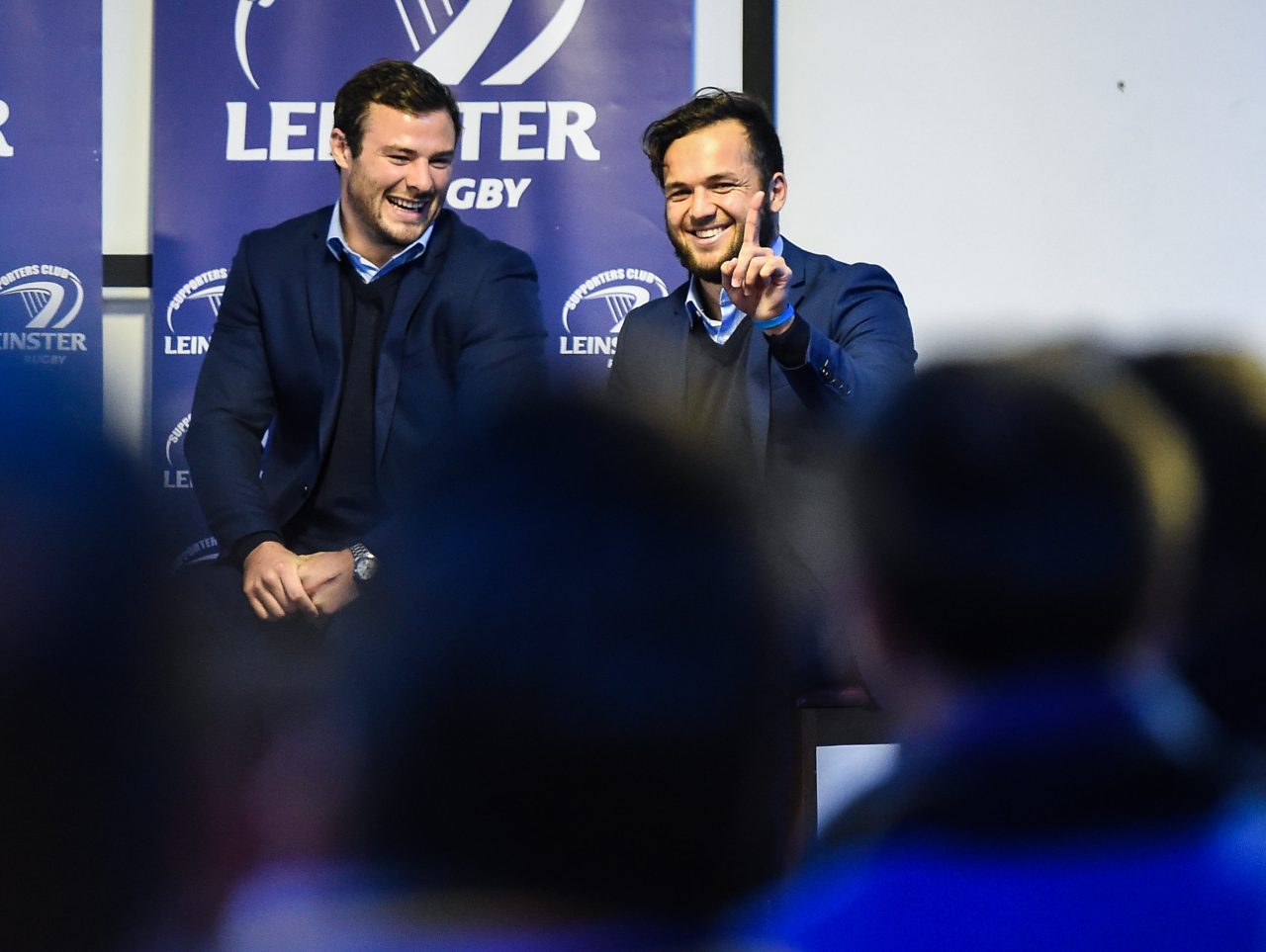 For the Club’s first event of the new season, the OLSC invited two new Leinster hard-hitters into the fold when Sharon Levy-Valensi interviewed Robbie Henshaw and Jamison Gibson-Park.

Knock out games and a run of form were top of the agenda on Friday night when two of Leinster’s newest signings joined the Supporters Club in the Laighin Out bar for a Q&A.

Speaking on the outcome of the match, Robbie Henshaw said it was a fantastic result against a strong Ospreys outfit.

“… to be up 24-0 at half-time was a credit to the boys and to have the bonus point wrapped up by 60 minutes was a great result,” he said

“It was a very good chance to test ourselves and see where we’re at,” added Jamison.

As it was the first home game in three weeks the home crowd were in great spirits during the match and Jamison commented on how welcoming everybody has been.

“It’s been an awesome six or seven weeks. Leinster is a very welcoming club, from the boys all through to management and I’m really looking forward to a very good season,” Jamison said.

While comparisons are often made between Northern and Southern hemisphere rugby, Jamison told supporters in The Laighin Out that he didn’t feel that they were actually that far apart.

“(The PRO12) is a tough competition, you test yourself every week. Everyone always compares the differences between Southern and Northern hemisphere rugby but I haven’t felt it being much different.”

When it comes to changing room antics, it seems Jamison is a crooner and after his first match was made to sing a rendition of Bob Marley’s ‘Don’t Worry About A Thing’ by his teammates.

When Sharon asked Robbie if he was hoping to make it two PRO12 wins in a row for him personally, the crowd was delighted when he said he was “hoping to do that and more” with “big eyes on the European competition”.

“Leinster are a savage club with a great history in the European competition. To get back on top we have the right players and the right people over us, we are definitely on track,” he said.

“We really want to be there come play-off time, we wants to win stuff and get some more home games in front of you guys,” added Jamison.

Thanks to both of the guys for coming to the Laighin Out bar on Friday night and the very best of luck for the season!