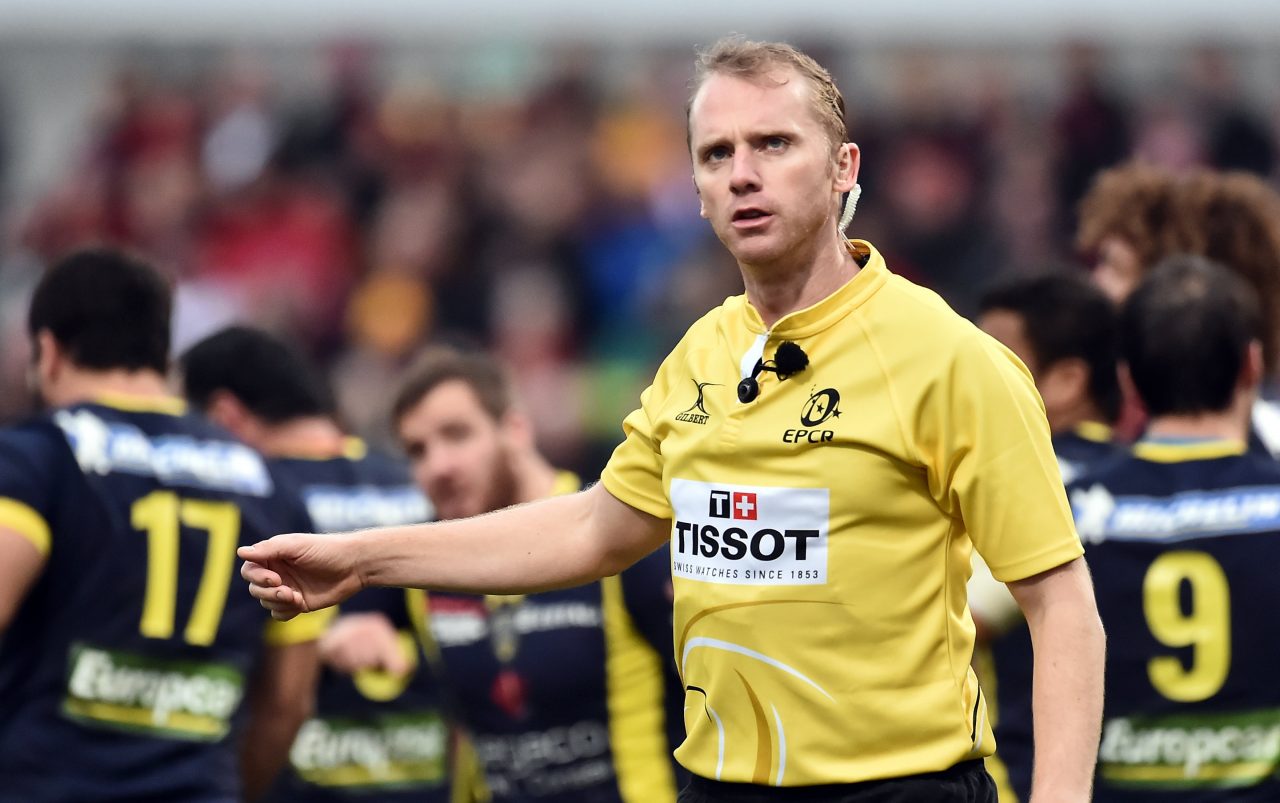 Wayne Barnes of England will referee his 70th tournament match when he takes charge of the 2018 Champions Cup final between Leinster Rugby and Racing 92 at the San Mamés Stadium in Bilbao on Saturday, 12th May.

The vastly-experienced Barnes will be in the middle for a European Cup final for the second time having refereed the 2010 decider.

France’s Jérôme Garcès has been appointed to referee the Challenge Cup final between the Cardiff Blues and Gloucester Rugby also at the San Mamés Stadium on Friday, 11 May, while Ben Whitehouse of Wales will take charge of the Continental Shield final which pits holders, Enisei-STM, against Heidelberger RK of Germany in Getxo on Saturday, 12 May.

The appointments were announced by EPCR’s selection committee which is chaired by the tournament organiser’s Head of Match Officials, Joel Jutge.

Barnes’ assistant referees in Bilbao will be JP Doyle and Tom Foley also of the RFU, while the French duo of Romain Poite and Pascal Gauzère will run the line for Garcès who will be refereeing the Challenge Cup final for a third time.