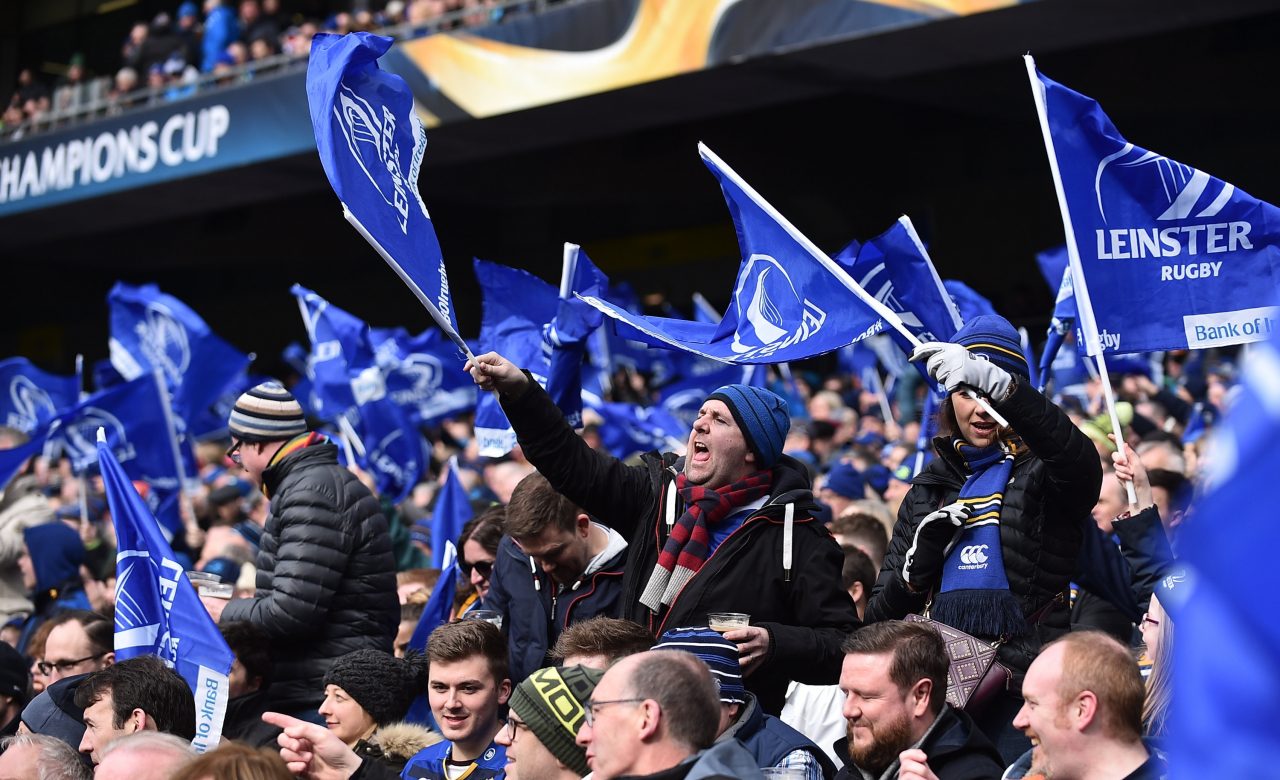 For the second season in a row Leinster Rugby supporters filled Aviva Stadium for a Champions Cup Quarter-Final and roared the squad onto a place in the last four.

For those that were at the Lansdowne Road venue on Easter Sunday, the atmosphere – and result – will live long in the memory.

Things began to build when Jamie Heaslip was introduced to the capacity crowd before kick-off and was greeted with a thunderous reception.

Soon after the roar for Heaslip, Leinster made a flying start against the reigning European champions, Saracens, with Garry Ringrose scoring the opening try after three minutes.

From there, the noise levels rarely dipped.

It was an atmosphere that scrum coach John Fogarty savoured from the sideline and is one he hopes to see replicated at the RDS Arena over the next two weeks when Leinster face Zebre (Saturday, 7th April, KO 2pm) and Benetton Rugby (Saturday, 14th April, KO 7.35pm).

“It was a great occasion,” Fogarty said about the quarter-final when he spoke to the media at Leinster Rugby HQ this week.

“We prepped well and the lads executed really, really well. On top of that, the crowd were immense. It was such a great occasion in the Aviva. Hopefully, we’ll get some of that 50,000 in the RDS this weekend to play against Zebre.

“We took our [first] try really, really well. We were nice and composed as well. For me, coming off and on to the field, the chat was very composed, they were very clear in their heads. They executed when they needed to, which was very impressive and that set us up for the second-half.”

With the Champions Cup Semi-Final against Scarlets at the Aviva three weeks away, focus shifts back to the Guinness PRO14 for the next two weekends as the team aim to secure top spot in Conference B and an all-important home semi-final.

“We’ve got a good squad – we’ve got a big squad. We’ve used them throughout the season. We’re going to need to use them towards the end of the season to make sure bodies are fresh and that we have really good energy on the field. That’s what we’re going through at the moment, making sure that the right team is picked so that we’re ready for Zebre.”

Last season in the PRO14 Zebre won three games from 22. They have already surpassed that with four wins from their 17 games played in the Championship so far this season, including victories against Connacht home and away (24-10 & 11-19), Ulster (27-23) and Southern Kings (17-43).

“You look at the two Connacht games and they were very impressive in both. They’re a dangerous side that have a lot of big bodies that we’ve to deal with, so that intensity that you spoke about with JR (James Ryan) and Dan (Leavy), we need to be able to replicate that with all the players we have on the field.”

Supporters can join the roar at the RDS Arena this Saturday as the squad continue their push to top Guinness PRO14 Conference B. Tickets for Leinster v Zebre are available from €20/10.