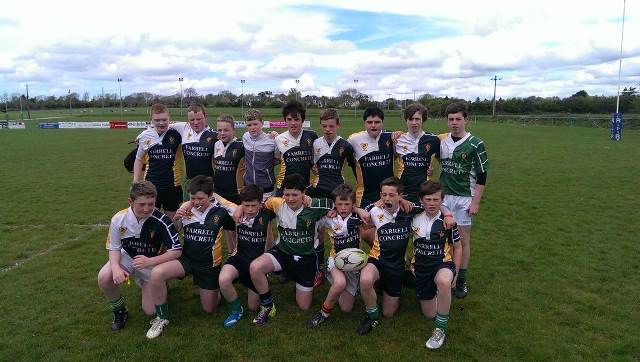 They defeated Killorglin RFC in the final…

The West Offaly Lions u14s and parents travelled to the Tralee Festival of Rugby over the Easter break and came home with the Trophy. Unbeaten over the weekend they defeated West Munster champions Killorglin RFC  in a very good final with great displays from the whole team. Jamie Kelly was also named player of the tournament.

Captain Conor Kenny received the trophy to great applause and many compliments were given to the team and their Coaches  Peter Auret, Louis Hofmeyer and Brian O’Carroll. They also defeated Ul Bohemians and Tralee in the Tournament.

Ul Bohemians from the rugby heartlands of Limerick expressed a view that they didn’t expect a team from Offaly to be so good! Well done everyone!