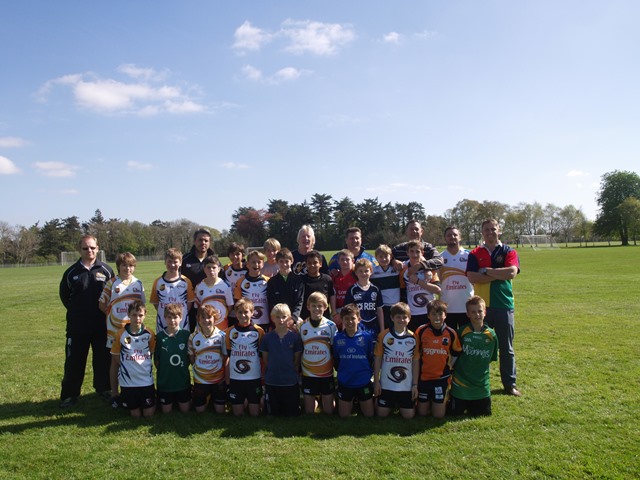 Westmanstown RFC’s developing youth rugby took a brave step some months ago in inviting Dubai Hurricanes U12s to visit Ireland and thus give the developing Club their first fixture against opposition, not only outside Ireland but beyond perimeters of the new European Club competitions. It was certainly a brave call as this Club had toured on previous occasions and were well versed in using the tours as a development tool.

This time was no exception and Westmanstown RFC requested the services of Leinster CDO Dan Van Zyl and their Fingal Community Rugby Officer, Gerry McCleery to deliver a coaching session to their guests. Wisely, they set the session for the days after their fixture which resulted in the Westmanstown fixture being very competitive with little to chose between the two sides, and the final outcome proved beneficial to both sides.

The Dubai Hurricanes then disembarked to RDS where Leinster treated them to a performance that replicated much of the open rugby that they had been demonstrated in their coaching session and thus the link between our Senior team playing the ‘ Leinster Way’ and these newcomers to the philosophy is has been cemented.

Leinster Rugby would like to thank Damien Maher, Youth Co Ordinator in Westmanstown who, not only was responsible for the fixture but, has driven the development of Mini/ Youth rugby in the Club to unprecedented heights.