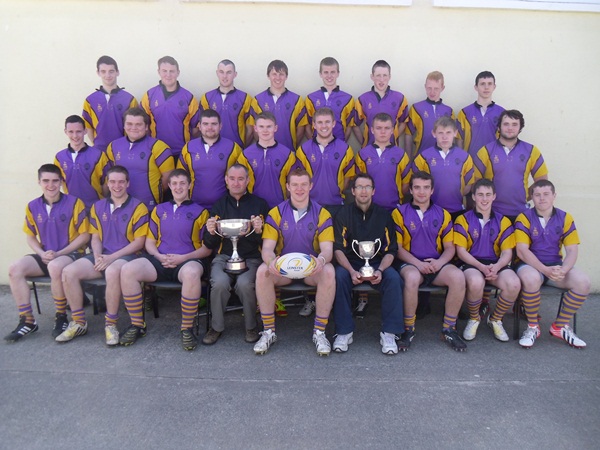 Wexford C.B.S. celebrated their very successful season with a presentation night, where medals from their wins in the Senior Development Cup and Vinnie Murray Plate were presented to the squad by former Leinster, Ireland and Lion test player Nick Popplewell…

Pat Rossiter from the Leinster Schools Committee was also on hand to present commemorative polo shirts to all players.

The Wexford lads played in three different tiers of schools competition starting in October and finishing in April, losing only twice.

Defeating Templeogue College, DLS Churchtown and Newpark Comprehensive in the Vinnie Murray Plate was a particular highlight, having beaten Ratoath in the Development Cup final.