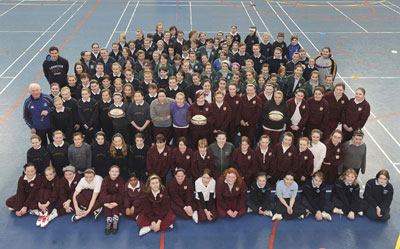 This is the first girl’s blitz that has taken place in Wexford and is part of the Leinster branch initiative to increase the interest in girls playing rugby.

The blitz, which was held at St. Joseph’s Community Hall, was well attended by Maurice Logue (CRO, Leinster Rugby) and Fran Ronan (LSP with Wexford County Council) and attending teachers and it is hoped that it will be the first of many with tag rugby growing from strength to strength in primary schools.