Wexford Vixens get season off to a smashing start… 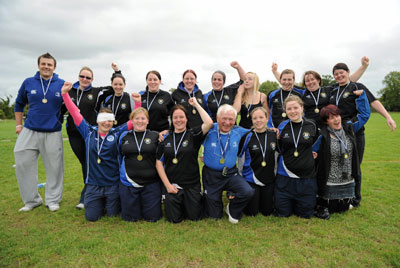 Going in as the underdog, having been newly promoted to Division 3, the side have set high standards for themselves this season.

Sunday saw the girls reaping the benefits of a powerful pre-season schedule when they came away with wins against hosts Barnhall, Newbridge and Portarlington.

They also escaped narrowly with a 0-0 draw against the powerful Garda side. The Wexford girls commented on the high standard, of both fitness and skills alike, insisting that a lot of hard work and dedication needs to be continued if they are to continue with the high standard they have set themselves.

Furthermore to the blitz, Leinster coach Dan Van Zyl and his assistants were in attendance, with a keen eye to spot up-and-coming talent in the province, as the second part of the recent Leinster Women’s screening.