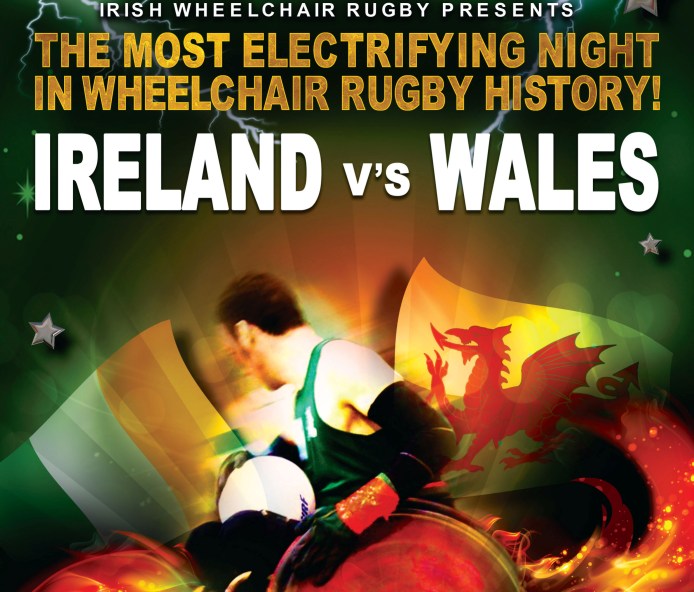 ?Irish Wheelchair Rugby is proud to announce an upcoming International Test Match against Wales on Saturday night 7th June in the unusual surrounds of a hotel ballroom…

The fixture has served up some of the most spectacular rugby in recent years and to capture the imagination and make it more accessible to supporters the game will take place in the Double Tree Hilton Hotel, (previously the Burlington Hotel, Dublin 4) with cheerleaders, anthems and a very special master of ceremonies.

Wheelchair rugby encompasses those with cerebral palsy, brittle bone syndrome, birth amputees, muscular dystrophy, meningitis and other upper/lower limb impairments as well as those who have suffered spinal injury.

Players have overcome individual challenges and battled adversity in their desire to wear the green jersey on the international stage.  Underlining it popularity as a spectator sport, Wheelchair Rugby was the first sport to sell out in the London Paralympic games thanks in no small part to the dedication, physicality and athleticism of the players.

Tickets are €;30 and can be purchased at www.gaelicwarriors.com or by emailing wheelsingreen@gmail.com

Will Doggart, who came to the sport following a swimming accident, said;
“I am so proud to wear the green jersey of Ireland.  The physicality and commitment the players display can be a big surprise to spectators, which is why it has grown in popularity in recent years.  I am really looking forward to the game against Wales and hope that those with an interest in rugby will come along and get behind the wheels in green.” 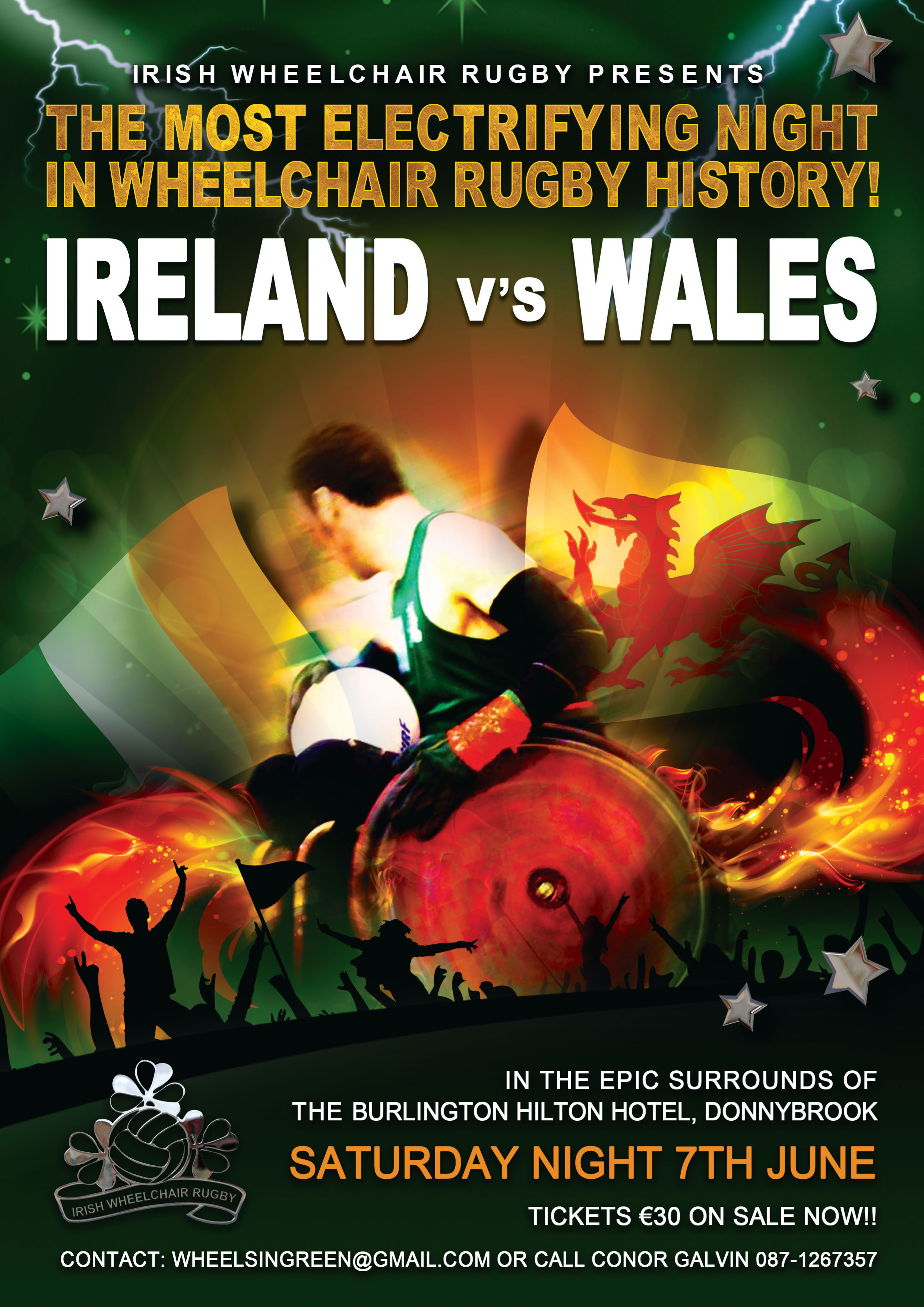