Whelan stars in U18 Girls Interpro win over Munster 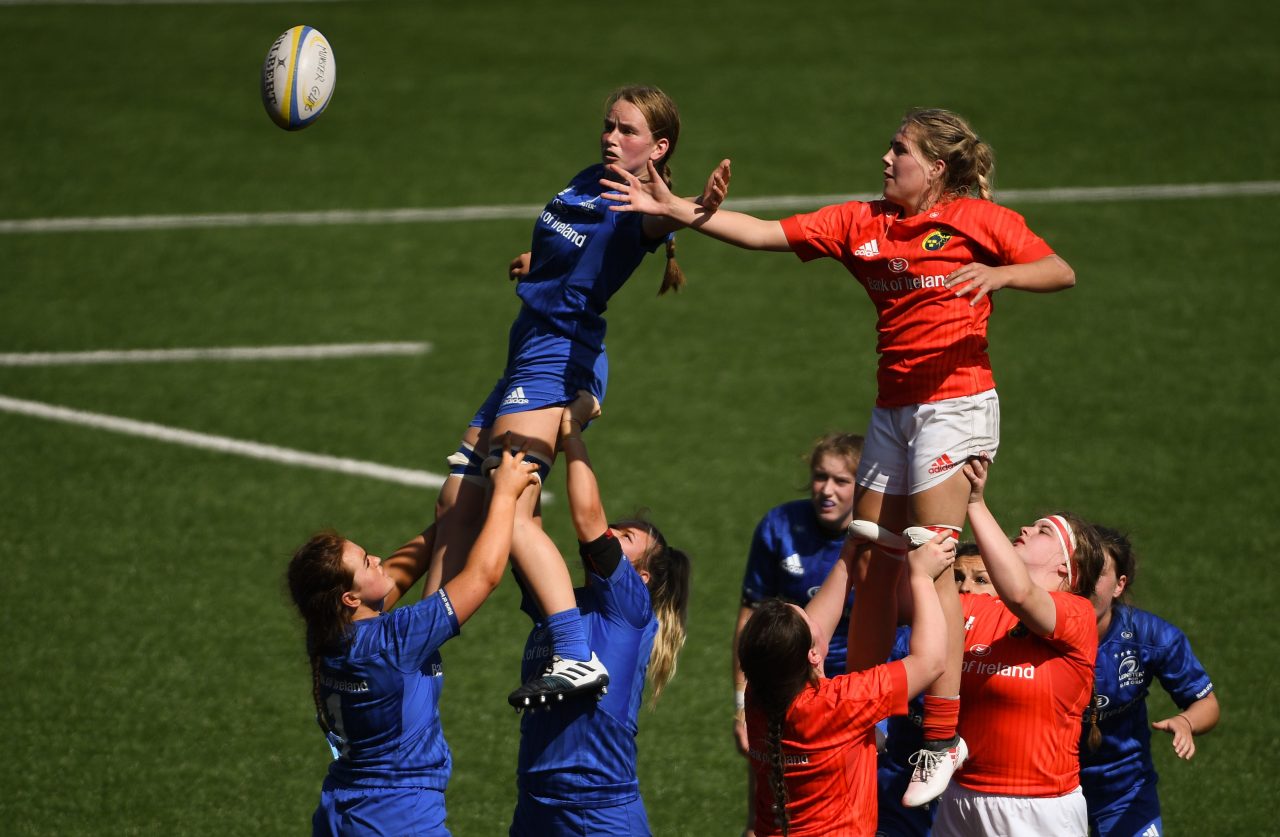 Leinster Rugby U18 Girls scrum-half Katie Whelan got two wonderful solo tries to help her side to an Interprovincial series win over Munster on Saturday.

Whelan’s first try came midway through the first half with the scores tied at 3-3, Emma Connolly and Emma Kelly had swapped penalties.

Waiting at the back of a ruck on her 10m line, Whelan had the awareness to spot a gap in the Munster rearguard and the speed to leave all in her wake as she raced home.

Munster replied early in the second half and were able to edge ahead. Eileen Gleeson finally managed to bundle her way over the line after a series of 5m drives from the southern province had been stopped short.

Step forward Whelan again and similarly to her first try, it was quick thinking that created the space once more for the scrum-half to take flight and get in under the posts for her second. Kelly converted and it was advantage Leinster once more.

The win was secured by captain Ellie Meade after a quick penalty by replacement Beth Roberts allowed the No 8 to drive over the line and put the result out of Munster’s reach.