When The All Blacks Wore White 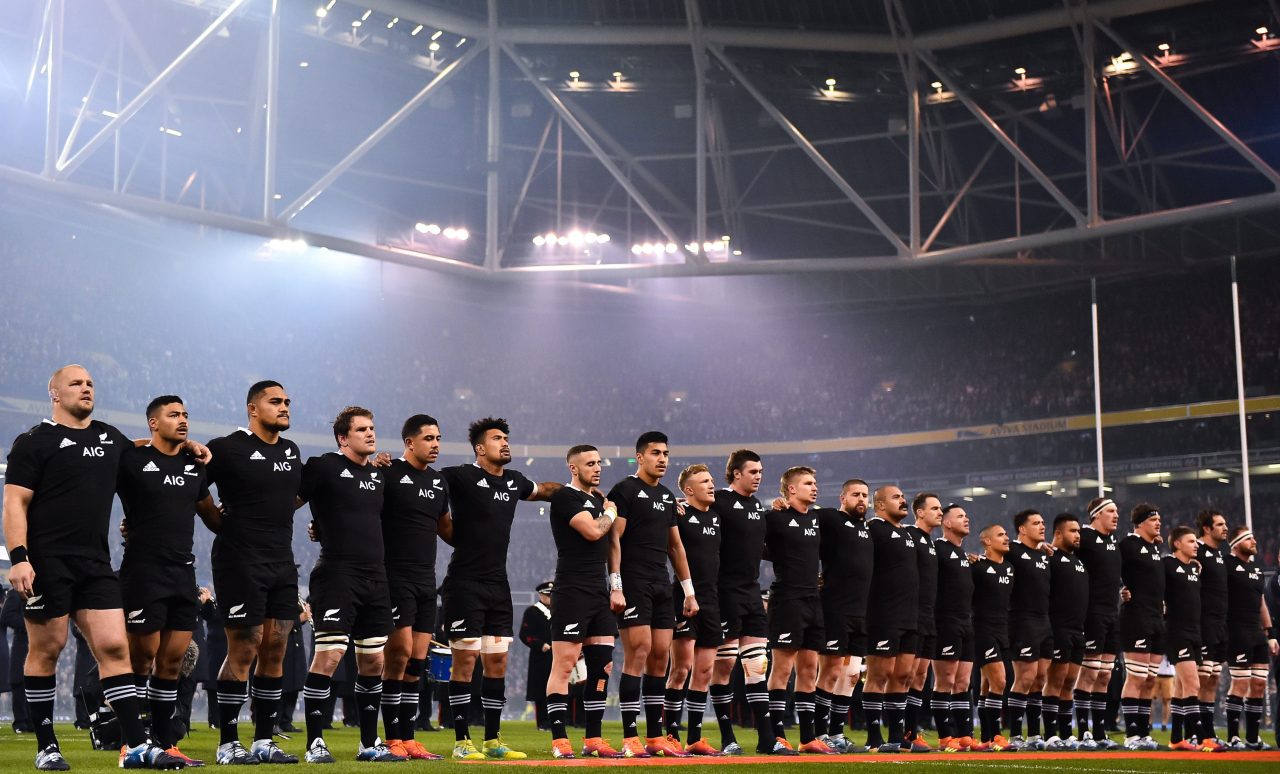 Back in 1930 they didn’t do British & Irish Lions tours by half!

The six month 1930 Lions tour to New Zealand and Australia took place with the Great Depression, the Wall Street Crash and with prohibition in full flow and was a tour that circumnavigated the world through the Panama and Suez Canals.

Elsewhere Amy Johnstone became the first woman to fly solo from Britain to Australia. Mickey Mouse made his first appearance, while in domestic rugby matters Ireland beat England and Scotland in the 5 Nations which England eventually won.

Don Bradman scored a world record of 309 runs in one day cricket in 1930 and American scientists predicted that man would land on the moon by 2050!

But back to the British & Irish Lions tour or more to the point…“And so ended the finest holiday that I can ever hope to enjoy if I should live to be a Methuselah”.

This is the final sentence written in a 180 page diary written by Michael (Mick) Dunne one of five Irish capped players in the touring party, a proud twenty five year old Lansdowne and Leinster man from Co Meath.

Two diaries of this tour are known to exist in Ireland, the second by (Dr) Paul Murray also of Leinster and Wanderers. Their fellow countrymen who travelled were George Beamish (Air Force & Leicester), James “Jimmy” Farrell (Bective) and Henry O’Neill (Queens University & Belfast).

From these diaries references are made to many serious and frivolous events on the tour including fractious bridge, poker and golf sessions.

However, there were also references to disputes and controversies during the tour, especially in New Zealand. One of these related to a speech at the dinner following the first test where the Manager of the All Blacks, Mr E. Mc Kenzie, accused the Lions of “shepherding and obstruction, illegal play and catching jerseys of opponents not in possession”.

The headlines the following day included “Sensation at Rugby Dinner”.

The subject of wing forward play also came up early on in the tour and James “Bim” Baxter, Manager/Coach of the twenty eight Lions who travelled, was extremely annoyed by the incursions of the All Blacks wing forwards at scrum time. He referred to “deliberate cheating”. This was quickly rebuffed by Arthur Lewis, a former All Black, who said that Mr Baxter was “ill-advised to call them cheats and the poor All Blacks wing forward was no more an obstructionist than any of the British breakaways”.

The issue was never really resolved but the referee (S. Hollander) who refereed the first three tests became more vigilant especially when the ball was kicked out of the opposition scrum when it had barely reached the second rows.

Another dispute arose around players leaving the pitch at half time and whether the rules being applied were the Australasian / New Zealand or International Board rules. Again compromise was agreed and the tour settled down but, there was always a sense of heightened anticipation at post match dinners where Bim (who was never short of mincing his words!) would raise some contentious points from the match just gone and then in true rugby form, raise a generous toast to the opposition. 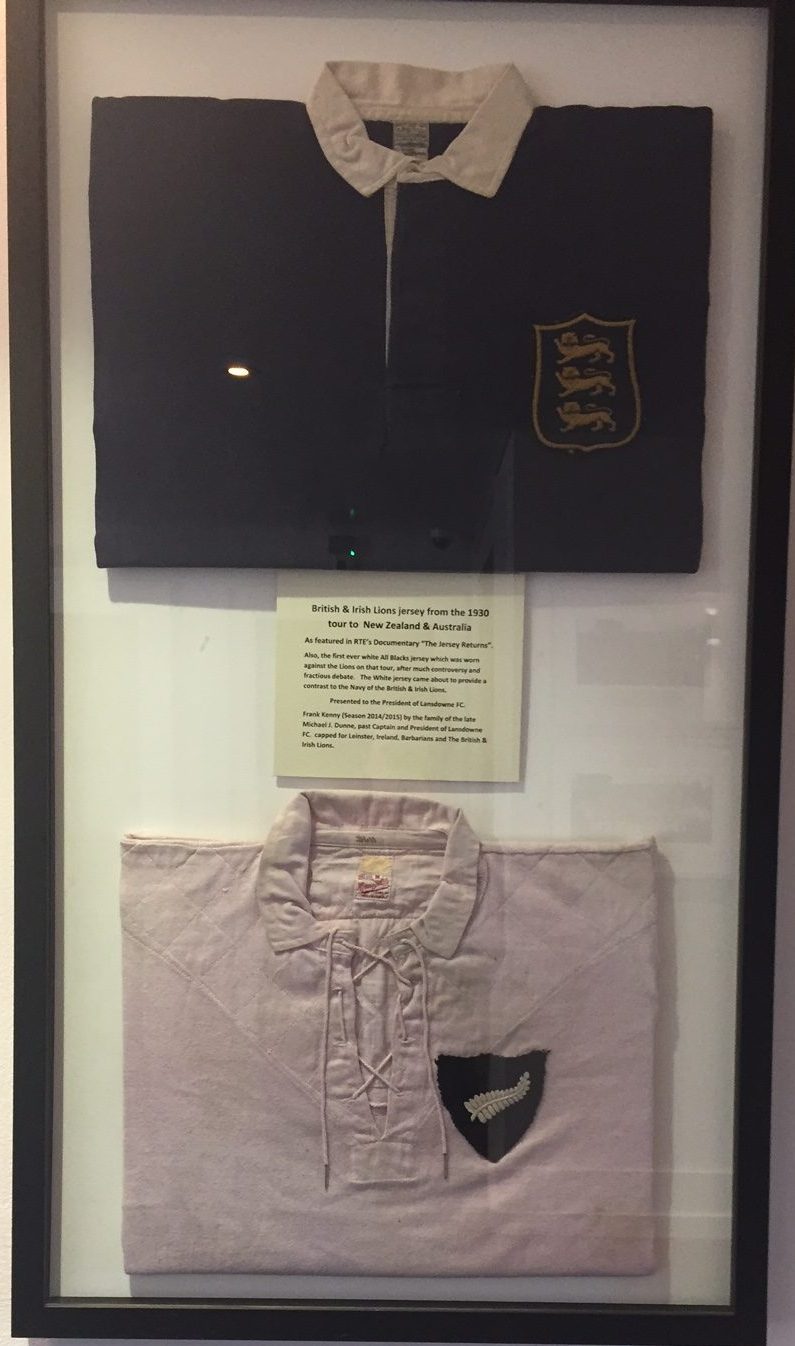 The biggest issue of the tour arose a week or so before the first test and it concerned which team would wear a white jersey.

This related to the difficulty for the newspapers, newsreels and spectators to distinguish between the All Blacks jersey and the dark navy jersey worn by the Lions at that time. This issue was exasperated by the overcast weather, the rain and the ensuing mud.

Management of both teams met and the All Blacks’ board were at first agreeable to wear white but many members of the board were vehemently opposed to changing colour as would be the norm for the host country.

That was until Bim proposed that the Lions would wear white. This spirit of conciliation took the New Zealanders by surprise and they gradually accepted that it should be them who would change their colours. When the decision was announced some on the New Zealand board were heard to utter “disgraceful “ and “ridiculous”!

In a very short space of time, the New Zealand board equipped their players with white jerseys and a golden fern on the left breast.

At the same time they also decided to add pockets to the players shorts, similar to the Lions kit, “presumably to aid the wearers in overcoming idle moments” as reported in the Wellington press.

Pictured above is one of these now famous white All Blacks jerseys which is now framed along with a navy Lions jersey (both from the 1930 tour) on the first floor of Lansdowne FC club house.

– The six month tour ran from 11th April to 23rd October and involved four tests in New Zealand and one in Australia.
– Their record was; Played 29 Won 21 Lost 8 Drew 0. The 29 matches included four tests in NZ (won one) and one in Australia (lost)
– The 1930 touring party was commonly referred in the New Zealand press as Britishers and Dominion Boys but during the tour the name Lions started to appear for the first time.
– It was George Beamish (Vice Marshal in the Royal Air Force) who created a stir when originally issued with the Lions playing kit, saying that there should be some green in the mix of colours and so the tops of the socks were embroidered green.
– This tour was the first of only two Lions tours ever to play a match in Ceylon (now Sri Lanka) on their return to Britain. The only other match played (at Colombo Racecourse) was in 1950 when “Jackie” Kyle played his last ever game for the Lions.

*Thanks to Peter Dunne, son of Mick, for this submission. Much of the information has come from his father’s tour diary and press clippings, which thankfully have been preserved by Peter.