Where Are They Now?: Chris Keane 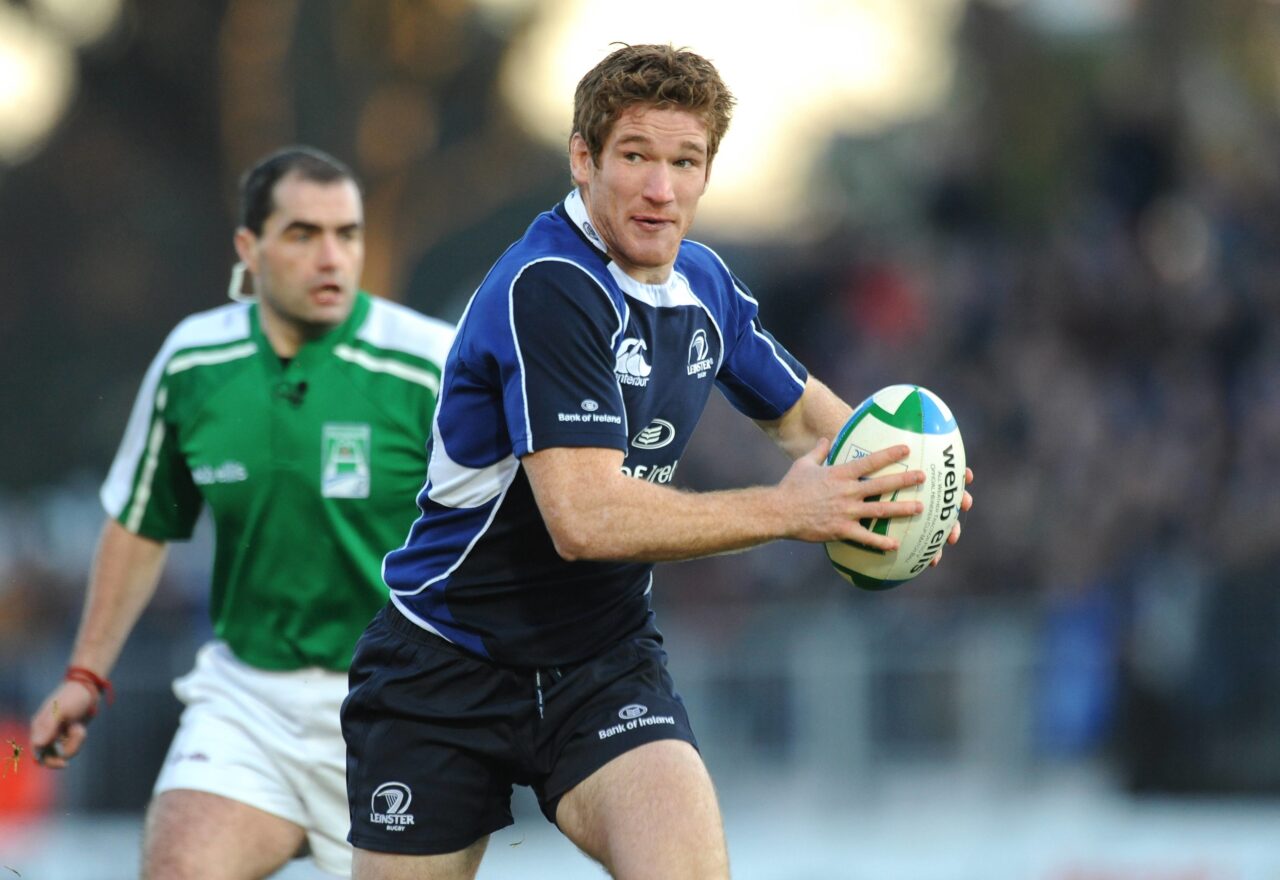 NOW: He lives in Skerries with his wife Sue Ann and three children Sean (11), Eimear (10) and Darragh (7), and works from his physiotherapy clinic.

Chris Keane was a relatively late bloomer, failing to make the Belvedere College Senior Cup team in 1998 or any of the Leinster Rugby or Ireland age grade squads before finding favour to register a nine-year career as a professional.

The Skerries man even made it back to Leinster, working for three seasons with Michael Cheika, long enough to earn a Magners League medal in 2008 and Heineken Cup medal in 2009.

“Growing up, I never made a representative team, couldn’t even make my school team at Belvedere. It’s true. I was a B team player all the way.

“Kevin O’Malley was first-choice scrum-half for the Senior Cup and I was on the bench. The thing about it was he was a really good player.

“The way I look at it, I was probably a better rugby player. But, he had the confidence of being the man all through the years. He had a rapport with the lads and he was a really good player.

“It was frustrating. It really was. At the time, I felt like I should have been in. Now, many years later, I can see why they picked him, why they didn’t pick me.”

The move from being a back-up scrum-half for his school to becoming a professional player did not happen by accident. 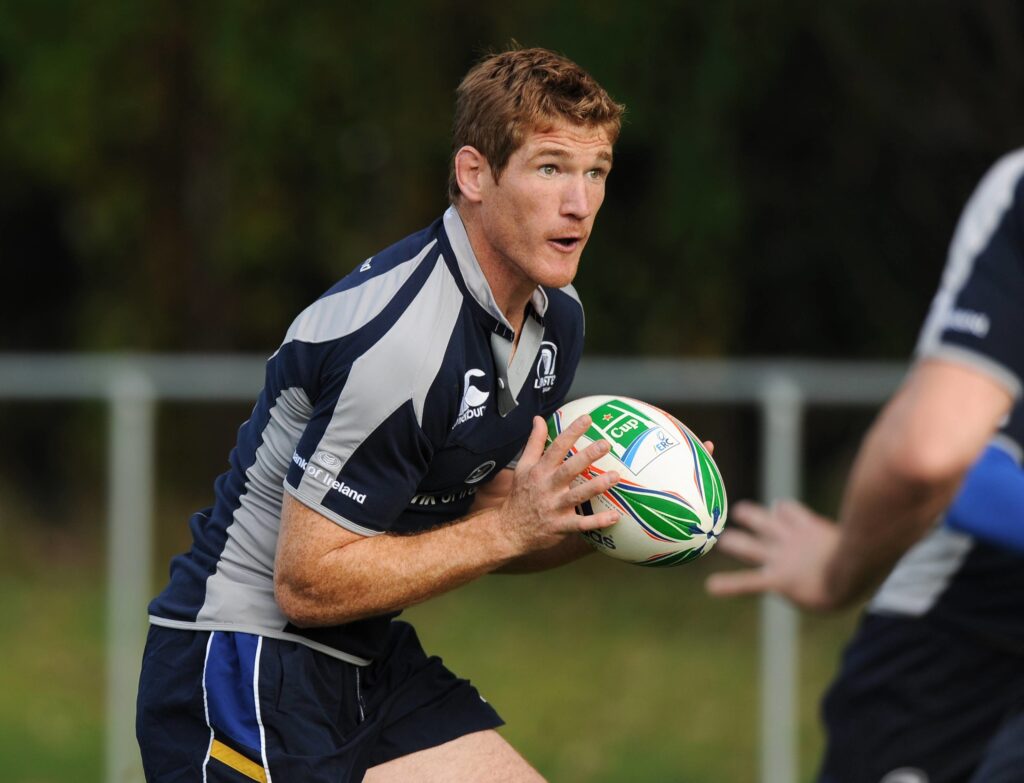 “I always trained hard all the way through, worked on my game,” says Chris.

“I would pass against the wall, 100 off my right hand, 100 off my left. I would box-kick. I would break down videos of games, infatuated with players like Joost van der Westhuizen.

“I had a chip on my shoulder to go along with that. I was determined to keep going, even though I wasn’t getting any look in.

An invitation to double up for Athlone Institute of Technology and Buccaneers prompted Chris’ move to the midlands in 2001.

Connacht coach Steph Nel happened to get wind of the form of the new Bucs scrum-half in the Connacht Cup final and liked what he saw in pre-season.

The man from nowhere made a positive impression to be named ahead of Eoin Reddan and Jimmy Ferris for the opening round of the Magners League.

“It came as a bit of a shock to the other scrum-halves and to myself when my name was called out on the Tuesday before the game.

“It was in the old Cardiff Arms Park. It lashed rain and we won 6-3. The first representative match I played at any level was for Connacht’s first team.

“I was shitting myself and I loved it. I was rooming and playing with Eric Elwood. I was in awe of him. He was an unbelievable professional. He set in stone for me what it meant to be one.

“He was first to training, prepping before everyone else came, doing extras all the time, on top of his usual training sessions. 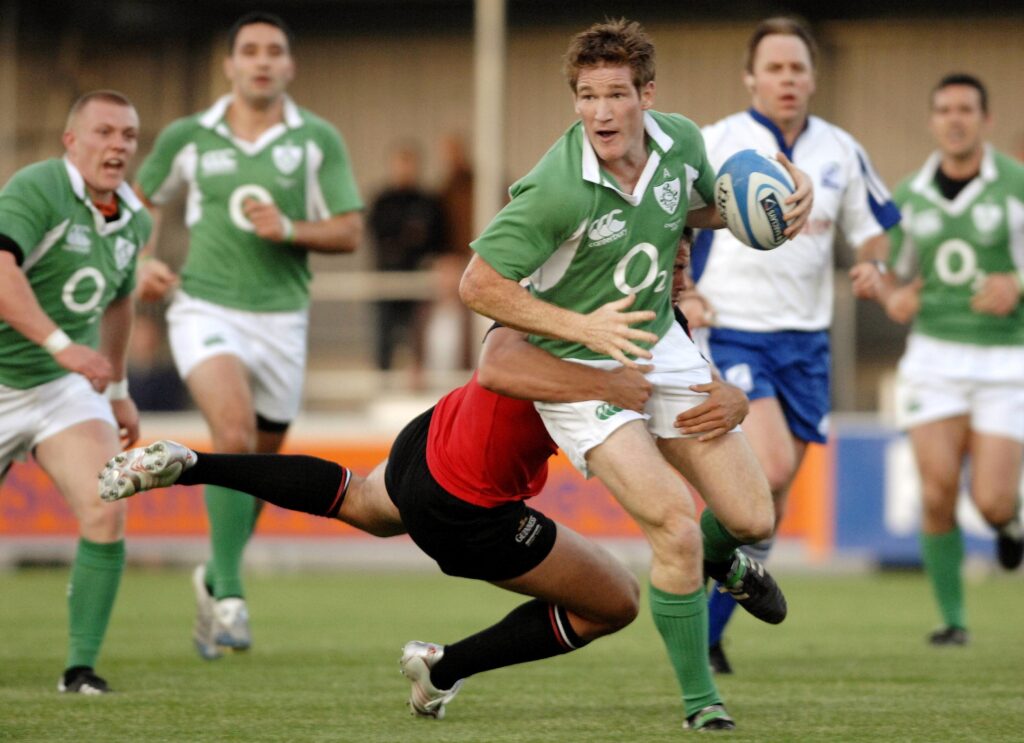 “I often took to doing sessions with John Fogarty on my day off, like I had done as a kid, practising my passing, my box-kicks, the basics, just working on the elements of my game.”

By the end, Chris had made 89 appearances for Connacht over six seasons in what was the making of him as a player and a man.

When Cheika made contact in 2007, it came as a shock to rival that selection when Nel made him Connacht’s starter in 2001.

“I loved Connacht. I absolutely loved it. They were the ones that gave me my first opportunity to be a professional. To this day, I still feel very loyal to them.

“The chance to move to Leinster was just too good to pass up, even though I had never been a part of their plans at any stage when I was younger.”

Chris took a flight to Dublin and met with Cheika at the Leinster Branch to hear what the Australian had to say.

“He laid out his expectations. He felt I could fit in,” he says.

“I thought he was a brilliant coach, but he was very scary. He was intimidating, in a good way. He got the best out of his players.”

There were no first-choice promises made. How could there be with a Wallaby at the club?

“When I looked at Chris Whitaker, I was in awe of him as a player, his game management, his passing, how he commanded respect from the players.

“On the other hand, I would back myself in terms of having a go when Cheika just wanted the scrum-half to pass, pass, pass. It took me a while to adapt to that. There was more freedom at Connacht to make a decision.”

Gradually, he won the right to sit on the bench as Whitaker’s back-up, playing 11 times in 2007/08, starting three of them.

In 2008/09, it was the same again, three starts from 11 caps, including involvement in the Heineken Cup all the way up to the semi-final against Munster at Croke Park when, without any explanation, he was dropped to travelling reserve. 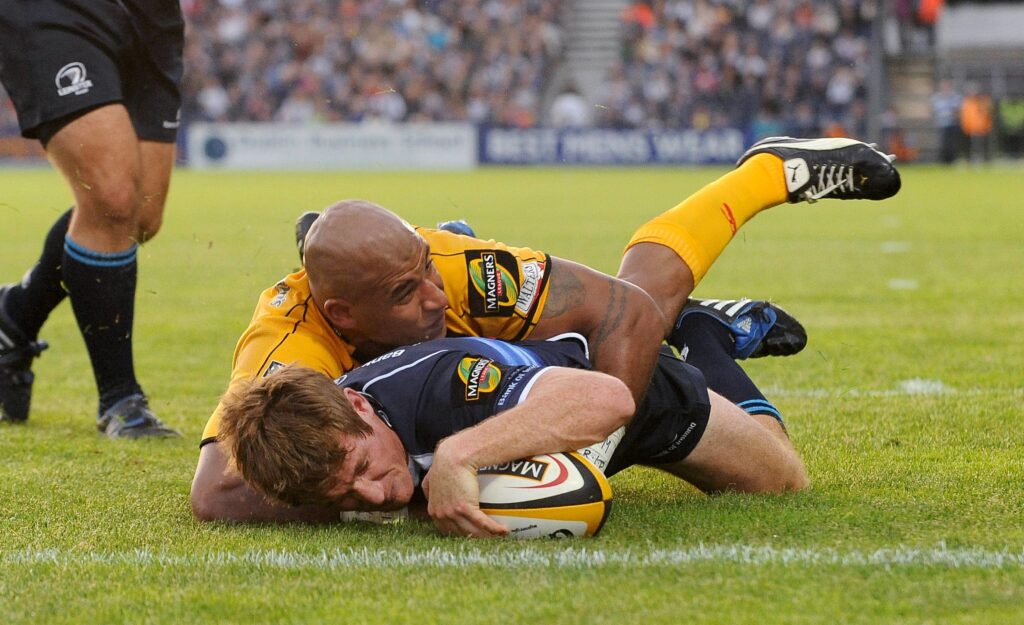 “Don’t get me wrong, I was delighted to be part of it all. When the final whistle sounded at Edinburgh, I was over the moon. I have a Heineken Cup medal and a Magners League medal. I am very proud of them.

“It was an amazing experience to play with Rocky Elsom, Isa Nacewa, Gordon D’Arcy, Brian O’Driscoll with Luke Fitzgerald and Rob Kearney coming through.

“The skill levels of the backs you were training with were high class. They were all British and Irish Lions.”

When all was said and done, 31-year-old Chris decided to walk away from the game in 2010, despite interest from Northampton Saints and a couple of French clubs.

Back then, Chris was settling down with Sue Ann, his wife, and the first of three children Sean before Eimear and Darragh came along.

He wasted no time in studying Physiotherapy at the Royal College of Surgeons, making his way to the Lourdes Hospital in Drogheda for four years.

From there, he turned a part-time private practice in the evening into a full-time professional life in his very busy clinic ‘Chris Keane Physio’.

He is now back working in the same building he grew up in as the son of Dr John Keane with his brother Jack and sister Sarah, both doctors, taking over the practice from their father.

“My Dad worked in the front of the house and we lived in the back of it. My clinic consists of two rooms and one of them is my old playroom,” he says.

Like the move from Connacht to Leinster, he has returned home to where he belonged all along.