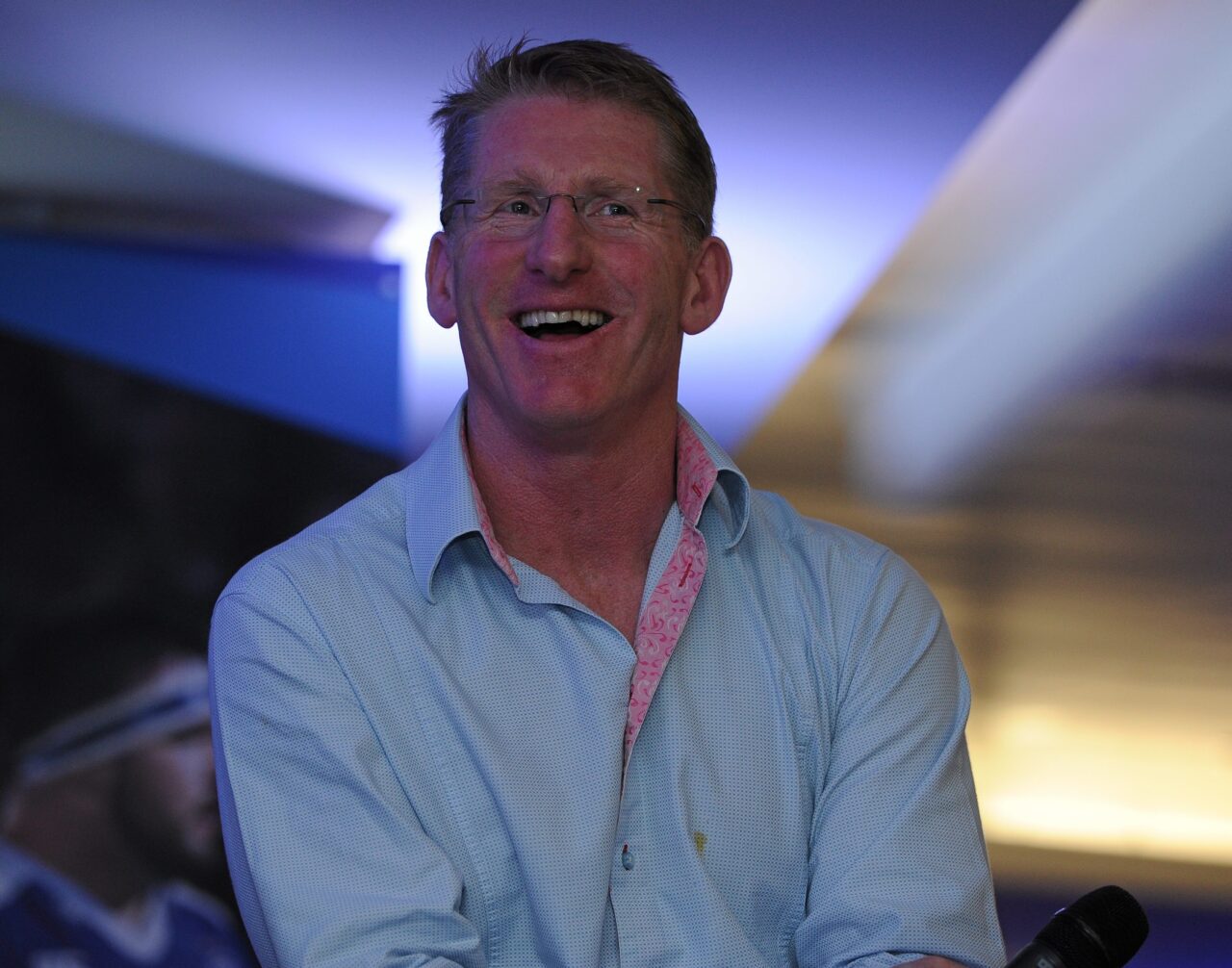 NOW – He operates seven McDonald’s franchises and lives in Kilkenny with his wife Louise. They have three sons Sam (26), Reuben (23) and Noah (20).

Chris Pim has often been described as the best Leinster player to have never played for Ireland.

The boy from Mountmellick, educated at Newtown, the Quaker school in Waterford, attended Edinburgh University in the first of two overseas experiences to enhance his career.

After one year playing for Old Wesley and the Leinster U19s, Chris moved to study agriculture in Edinburgh, a chance to play for Academicals where he came up against Scotland’s best.

That meant competing against the likes John Jeffrey, Eric Paxton, Finlay Calder and Andy Irvine on a weekly basis in what was an unusual apprenticeship for an Irishman.

“It was certainly a Golden Era for Scottish rugby. They were winning Grand Slams and Triple Crowns. I was playing first-team rugby against those men one year out of school which was an amazing experience. I absolutely loved it.

“I finished college in Scotland and came home to become a farmer. At least, that was the plan.
It really wasn’t what I fancied.”

He ended up working with Beamish Crawford, a Cork brewery, at the time, for about eight years.

“I was playing for Leinster and they thought it was a good marketing move. It was a seriously talented team with Paul Dean, Fergus Ahearne, Brendan Mullin, Des Fitzgerald and Neil Francis.

“It brought nothing like the profile a Cork inter-county hurler would have. They probably didn’t quite realise that,” he giggles.

“It suited me. It allowed me to play rugby, train in the morning and in the evening, and work during the day.” 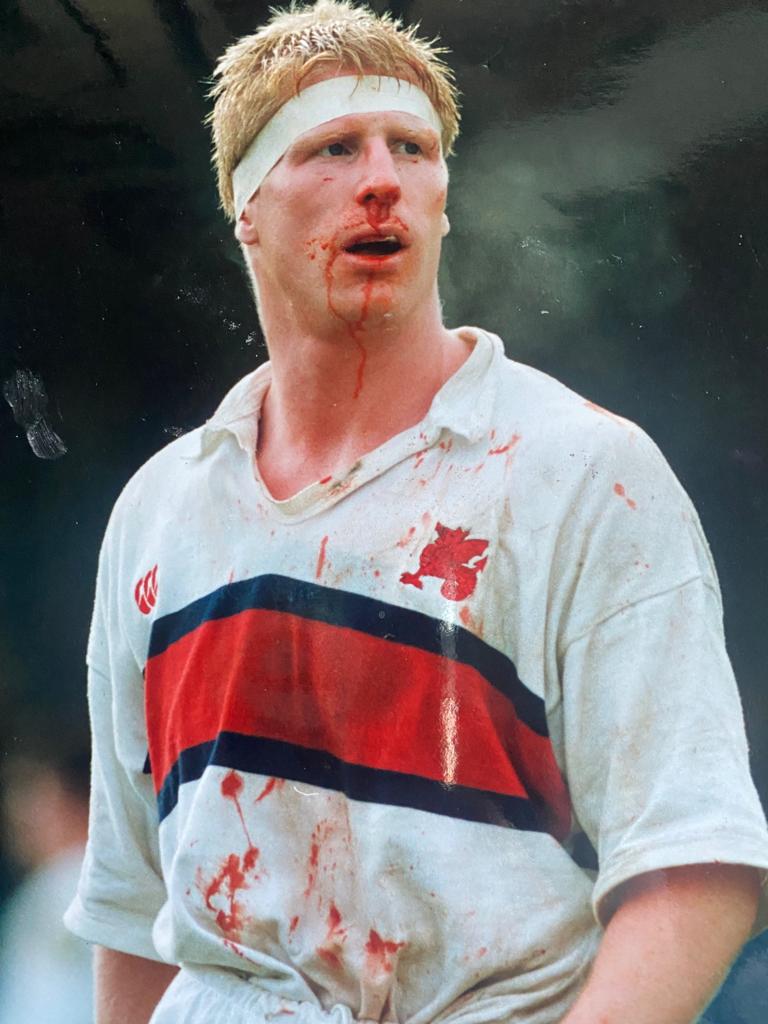 In terms of time in Blue, Chris’s career can be neatly divided into pre and post-New Zealand, the first from 1985-to-1988 and then from 1989-to-1997 when finishing up as the second most-capped Leinster player on 52 appearances, one behind Phil Orr.

“Imagine,” he quipped, “you would pick up that many in a season-and-a-half these days.”

In 1988, Willie John McBride wondered how Chris would fancy a season down under and, through Jonny Moffett, arranged for a sabbatical to the Land of the Long White Cloud.

“I played with the Hastings Club and for Hawke’s Bay against Manawatu and the all-conquering Auckland of Shaun Fitzpatrick,” he said.

Twenty years later, Chris was invited to a Chamber of Commerce breakfast in Kilkenny where Ireland coach Joe Schmidt was the guest speaker.

“How Joe ended up there, I will never know. He was surrounded by hurlers and lads who hadn’t a clue about rugby. They knew I played the game and asked me to sit beside him. I was delighted.

“I was telling him about my New Zealand experience and Joe was able to tell me how he was playing for Manawatu that day. That was a good one.

“Anyway, the following week, I played against Auckland, who had 13 All Blacks in their team, including the Whetton brothers, Michael Jones, Grant Fox. They were unbelievable. That was one of the best days of my life.

“We came second in the match. But, I had a lovely time getting the ‘s&*t’ kicked out of me.

“All I had in my mind was to crease Grant Fox and wear that as a badge of honour for the rest of my life. He spent the game kicking everything. Eventually, he passed the ball and I absolutely buried him.

“He took it in the spirit in which I intended. I actually ended up going on the beer with him later and it turned into one of the best nights of my life. What a lovely guy.” 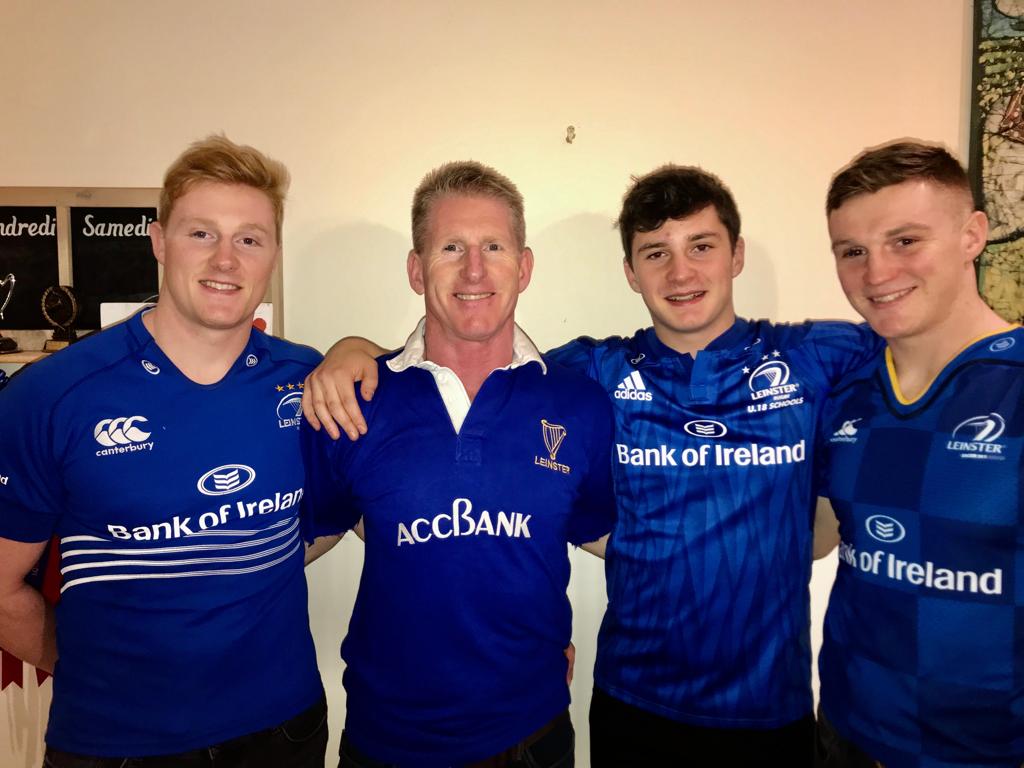 Three lads and their Dad sporting their own Leinster jerseys! (Slightly proud Dad!)

It wasn’t long before Chris returned to the more serious business of playing for Old Wesley and Leinster, partly to capture that elusive Ireland cap.

The second time around, Chris returned early to fit in a Leinster joust with the All Blacks only to be dropped for Kelvin Leahy the week before the game.

“I would say I was probably playing ‘s&ite,’ to be honest. I had played three seasons back-to-back. It was taking its toll. I wasn’t at my best.

“Also, I went to New Zealand playing my game and they changed it over there. When I came back, it didn’t really fit into Leinster’s style of play.

“It took me a while to get my mojo back. Then again, maybe Kelvin was better than me. You don’t have to write that. I couldn’t be giving him the satisfaction,” he laughed.

In 1992/93, I didn’t make the Leinster squad and it allowed me to focus on Old Wesley where I was appointed captain for two years.

It was the club’s best season ever, coming second in the AIL with a Wesley side that included 13 interpros, plus the best two players were the ones that weren’t, Derek Vincent and Adrian Hawe.”

The presence of Wesley as a force in the AIL didn’t harm Chris’s interprovincial status, Leinster Manager Jim Glennon sitting the gobsmacked flanker down one day to offer him the province’s armband. 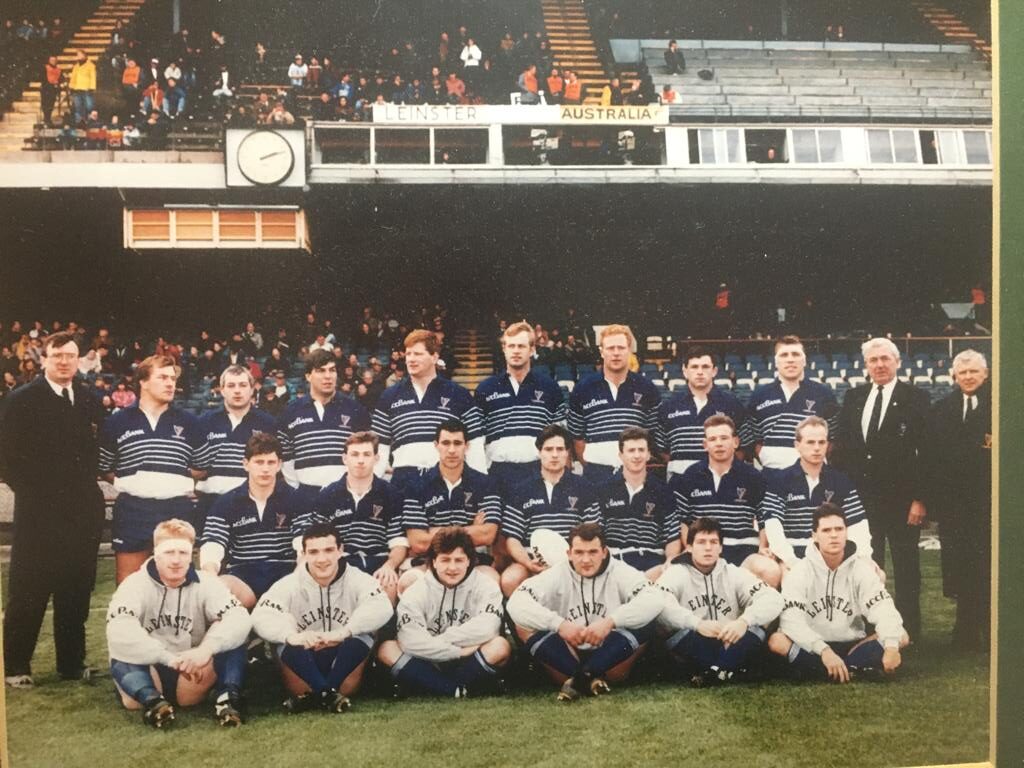 “I was captain of Leinster for the first two seasons of the Heineken Cup and absolutely loved it,” he notes.

“It was early days. The whole professional thing, the players really hadn’t a clue what it meant.
Nobody had any idea what it would turn into. It was, literally, make it up as you go along.

“When we heard we were going to Milan for our first ever first Heineken Cup match, it was ‘yeah, a weekend on the ‘pi*s’ nearly. It was a case of suck it and see.

“It was seen as a better version of the mini-tours we use to go on to England for pre-season. And someone was going to give you a few quid for it. Fantastic. It was an adventure.”

“I had Brendan Mullin and Paul Dean at the start of my career when I knew very little about playing at that level.

“Then, I had Paul Wallace, Shane Byrne, Mal O’Kelly, all that generation. They were my babies by then. I had to look out for them. They book-ended my career.”

In 1997, when the end came, Chris got out of bed one morning not knowing he would be knocking on new coach Mike Ruddock’s door later in the day to let him know he was finished.

“Trevor Brennan was there annoying the ‘s&*te’ out of me at training. I knew I would have to look at this guy cutting lumps out of me for the rest of the season.

“Not that I would walk away from a physical challenge. Don’t get me wrong. But, I could see the next generation was coming.” 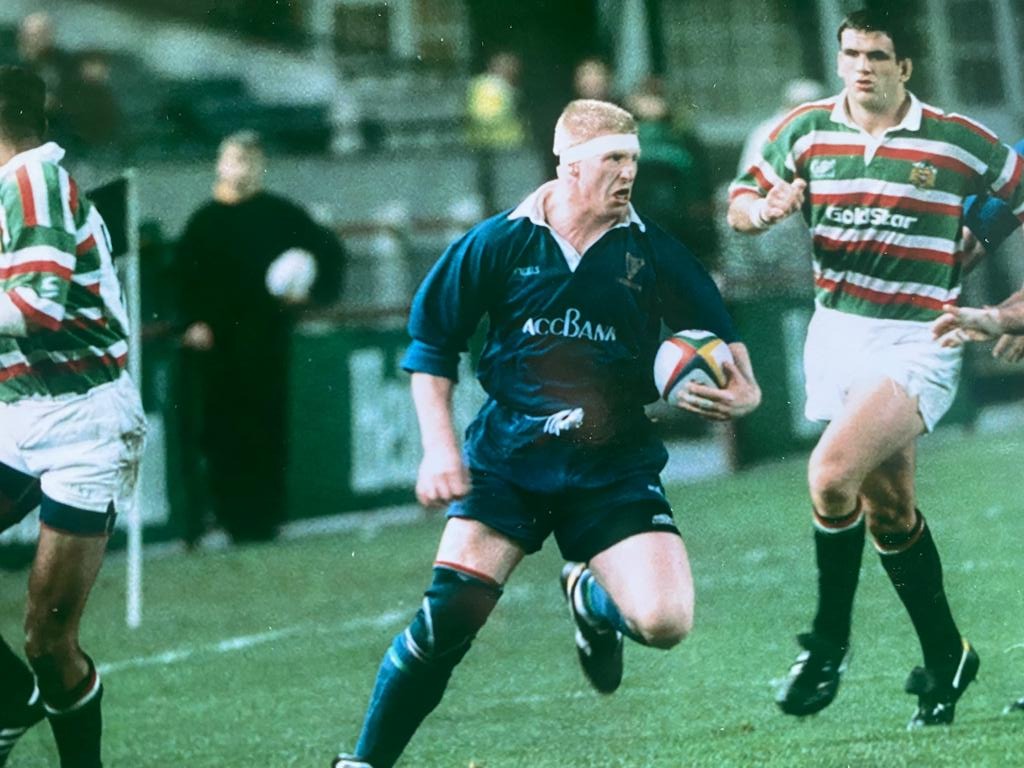 Since then, Chris has steadily built a personal chain of seven McDonald’s franchises situated in Kilkenny, Cashel, Dungarvan, Fermoy, Ballincollig and two in Cork city centre.

“I found that the sense of team from rugby translated into running a business,” he says.

“If you are the best that you can be, I’m not going to ask any more than that from you. It is the same ethos.

“We are far more effective as a team than we are going off and doing our own thing to get promoted ahead of someone else.

“The best way to be good is to make your mates look good.”

It was always his way.